Walter E. Williams, a prominent conservative economist, author and political commentator who expressed profoundly skeptical views of government efforts to aid his fellow African-Americans and other minority groups, died on Tuesday on the campus of George Mason University in Virginia, where he had taught for 40 years. He was 84.

His daughter, Devon Williams, said he died suddenly in his car after he had finished teaching a class. She said he had chronic obstructive pulmonary disease and hypertension.

As a public intellectual, Mr. Williams moved easily between the classroom and public forums that gave him wide reach. He wrote a syndicated column, lectured across the country and frequently appeared on the radio as a substitute host for the ardently conservative Rush Limbaugh.

The author of about a dozen books, including “The State Against Blacks,” Mr. Williams was the subject of a 2014 PBS documentary, “Suffer No Fools,” in which he maintained that antipoverty programs were subsidizing “slovenly” behavior.

Mr. Williams was somewhat overshadowed by Thomas Sowell, a better-known Black economist turned social and political commentator and a colleague with whom Mr. Williams maintained a long friendship (and whom he once interviewed as a stand-in host on the Limbaugh program). But he made himself heard nevertheless.

He argued that many well-intentioned government programs, including the minimum wage and a law that in effect mandates union wages on federal construction projects, hurt disadvantaged Americans, particularly Black people.

In an influential essay, “Minimum Wage, Maximum Folly,” published in 2007, he argued that a minimum wage (it was $5.85 at the time) came with “legally mandated fringe benefits such as employer payments for Social Security, Medicare, unemployment compensation, and worker-compensation programs at federal and state levels” that “run as high as 30 percent of the hourly wage.”

“Put oneself in the place of an employer,” he wrote, “and ask: Does it make sense for me to hire a worker who is so unfortunate as to have skills enabling him to produce $4 worth of value per hour when he is going to cost me $8 an hour? Most employers would see doing so a losing economic proposition and not hire such a worker.”

Mr. Williams contended that the civil rights legislation championed by President Lyndon B. Johnson in the 1960s had actually worsened race relations by seeking an “equality of result” — in terms of voting rights and bans on discrimination — rather than an equality of economic opportunity, which he said might better have lifted more Black Americans out of poverty and dependence on public welfare programs.

He had his critics on the liberal side. In 1981, in a Q. and A. face-off with Mr. Williams in the opinion pages of The New York Times, Benjamin Hooks, the president of the N.A.A.C.P. at the time, was unsparing in his assessment of Black conservatives like Mr. Williams.

“Black conservatives are basically a carbon copy of white conservatives,” Mr. Hooks said. “They object to affirmative actions designed to overcome preferences long accorded to white males; they object to busing, as one effective remedy for rectifying a school system that has been deliberately and historically segregated; they object, in some ways which are difficult for me to understand, to government spending to meet human needs and to assist poor people. They seem to favor a sub-minimum wage, which would have some people working for a salary that would, upon receipt, put them below the poverty level.”

Mr. Williams also opposed affirmative action programs and proposals to pay reparations to Black people for slavery. (“The problems that Black people face are not going to be solved by white people,” he said.) And he could be blunt in taking on liberal leaders in the Black community.

“Racial discrimination and racism in our country could have earned a well-deserved death,” he once said, “but it has been resurrected by race hustlers, or poverty pimps as I call them, such as Jesse Jackson, Al Sharpton and many others in the civil rights movement who make a living on the grievances of Blacks.” 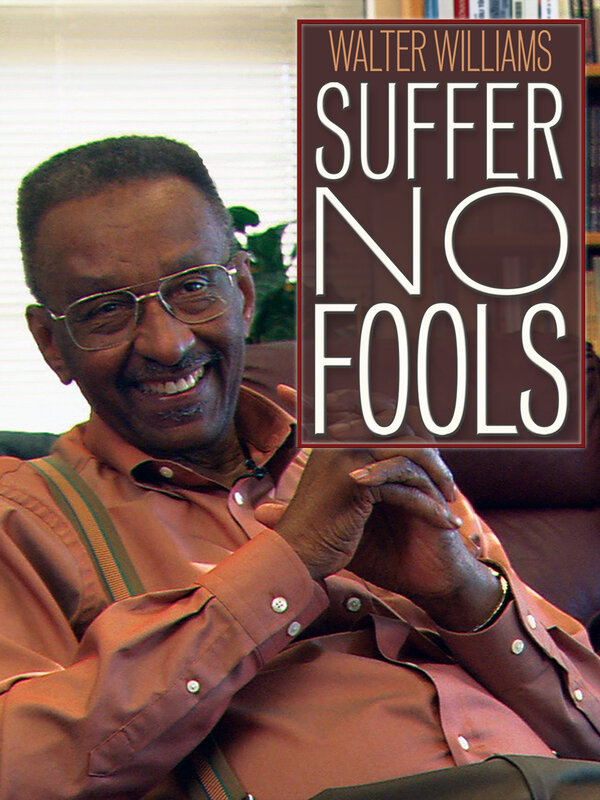 Walter Edward Williams was born on March 31, 1936, in Philadelphia. His father, Walter, worked in masonry, and his mother, Catherine Morgan Urchette, was a housekeeper. His neighbors included Bill Cosby and the basketball star Julius Erving, who was a second cousin.

“My father deserted my mother when, I guess, I was 2 or 3 years old,” he said in an interview in 2006. Walter and his sister, Catherine, were raised by their mother in a public housing project in North Philadelphia.

In his youth Mr. Williams was an indifferent student, but he was always eager to earn money. Among other jobs, he picked blueberries, shoveled snow, washed dishes and, at 10, shined shoes. At 13, he found menial work for a women’s hat manufacturer. There he taught himself to use the electric sewing machines, only to be fired when a seamstress complained to the authorities that his employment violated child labor laws.

An after-school job at a small brokerage house led him, in his midteens, to buy a few shares of Pepsi-Cola stock, whose price he followed in the financial pages of The Philadelphia Bulletin.

After graduating from high school, Mr. Williams made a brief sojourn with his father to Los Angeles, where he enrolled in Los Angeles City College. But after a falling-out with his father, he moved back to Philadelphia and drove a taxi to pay for night classes at Temple University. Through another driver, he met his future wife, Conchetta Taylor, known as Connie.

Mr. Williams was later drafted into the Army. At Fort Stewart in Georgia, he later recalled, he discovered that President Harry S. Truman’s 1948 executive order banning discrimination in the armed forces had done nothing to prevent Black soldiers from being assigned the most menial jobs.

Mr. Williams proved a rebellious soldier. Once, when ordered to paint a truck, he painted all of it, including mirrors and tires, and then explained his action to his superior officers in a mock-obseqious manner, using what he called “my best Stepin Fetchit routine.”

Mr. Williams was eventually ordered to Korea, but before he shipped out, he and Ms. Taylor married.

His wife died in 2007. In addition to their daughter, Mr. Williams is survived by a grandson.

At his new post in South Korean, Mr. Williams once checked “Caucasian” on an official form to avoid an unpleasant assignment — he wound up a postal clerk — and wrote letters to various officials complaining of racial discrimination. (The Philadelphia Independent, a newspaper with a largely Black readership, published one of his letters on the front page.)

Returning to California after his discharge, Mr. Williams enrolled at what is now California State University, Los Angeles. Intending to study sociology, he switched to economics after encountering the work of W.E.B Du Bois, who argued that capitalism was a major source of racism. Mr. Williams later said that he came to see economics “as a struggle for liberty.”

After receiving his bachelor’s degree, Mr. Williams moved on to the University of California, Los Angeles, where he collected master’s and doctoral degrees.

At one point in his pursuit of a Ph.D., he was shocked when he flunked an economic theory exam and was told that a paper of his was among the worst in the class. The experience helped shape his thinking about race.

“It convinced me that U.C.L.A. professors didn’t care anything about my race: They’d flunk me just as they’d flunk anyone else who didn’t make the grade,” he wrote in his autobiography, “Up From the Projects” (2010).

Until then his political leanings had been liberal; he believed, for example, that higher minimum wages unquestionably helped poor people. But a professor asked him to weigh good intentions against real-world effects and pointed to the work of, among others, the University of Chicago economists Yale Brozen and Milton Friedman. (Mr. Williams would go on to appear in Mr. Friedman’s PBS series “Free to Choose” in 1980.)

He returned to Temple University in 1973, this time to teach. He remained on the Temple faculty until 1980, when he moved to George Mason University, where he served for a time as chairman of the economics department. For many years he was an adjunct scholar at the Cato Institute, the conservative think tank in Washington.

He began writing his syndicated newspaper column in the early 1980s. It was eventually carried by 205 newspapers and websites.

In the 1970s, during a yearlong stint at the conservative-leaning Hoover Institution on War, Revolution and Peace at Stanford University, Mr. Williams was commissioned by the Joint Economic Committee of Congress to study the ramifications of a minimum wage and of the Davis-Bacon Act, which mandated that laborers in federal construction projects be paid no less than the locally prevailing wages for corresponding work on similar projects in the area.

He outlined his findings in a 1977 report: A minimum wage causes high rates of teenage unemployment, especially among minority workers, and actually “encourages racial discrimination.”

He concluded, he recalled in an interview with The New York Times for this obituary in 2017, that the Davis-Bacon Act had “explicit racist motivations.”

In his book “The State Against Blacks” (1982), Mr. Williams was similarly critical of a host of government measures involving labor — from taxicab regulations to occupational licensing — that in his view wound up disproportionately harming Black people in the name of preventing discrimination.

Mr. Williams traced his political evolution to his days at U.C.L.A., when he had turned away from liberal orthodoxies.

“I probably became a libertarian,” he said, “through exposure to tough-minded professors who encouraged me to think with my brain instead of my heart.” 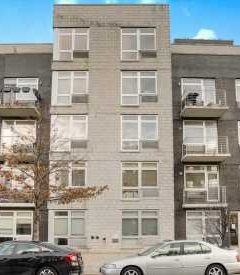 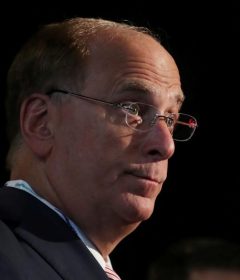 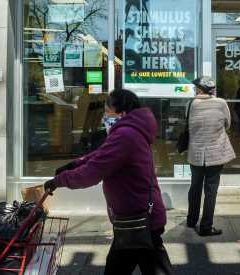