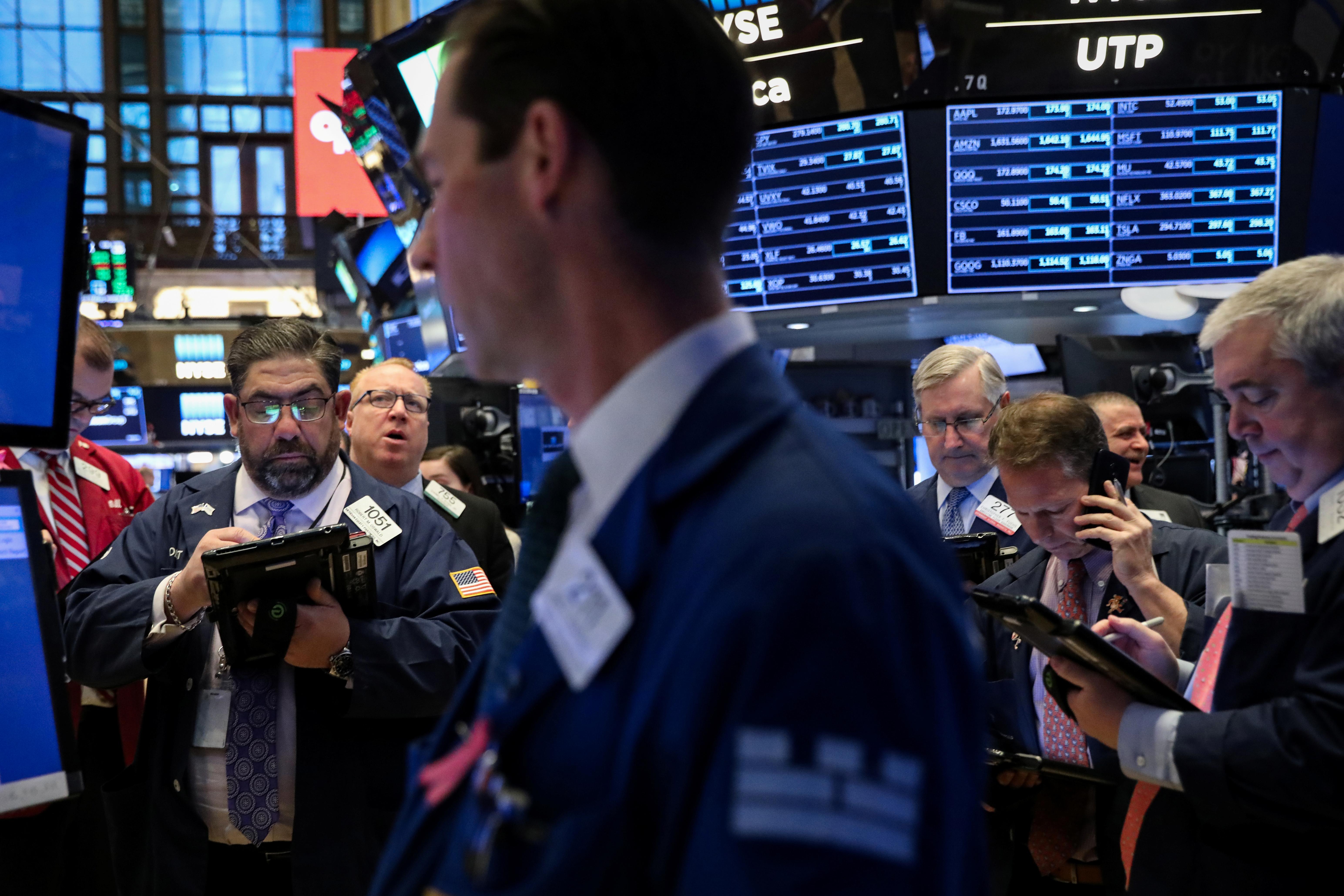 President Donald Trump said Thursday that he had walked out of his Vietnam summit with Kim Jong Un because of demands from the North Korean leader to lift U.S.-led sanctions.

On the same day, Commerce Department data showed that while the U.S. economy missed a 3 percent annual growth target for 2018, a better-than-expected fourth quarter pushed gross domestic product up 2.9 percent for the year.

“Right now, the push and pull is about even. Markets will stay relatively tightly rangebound. It’ll take meaningfully good or bad news for things to go up or down sharply,” said Oliver Pursche, chief market strategist at Bruderman Asset Management in New York. “What’s pushing markets down and counterpointing GDP is the concern about corporate earnings.”

The GDP reading came ahead of the core personal consumption expenditures (PCE) data for December, the Fed’s preferred measure of inflation, due on Friday.

“Unlike a month ago, where a statement by an official was probably sufficient to push stocks higher, it no longer is. It’s time for concrete progress,” he said.

In the healthcare sector, Celgene Corp fell 7.9 percent after activist investor Starboard Value LP said it will vote against drugmaker Bristol-Myers Squibb Co’s proposed $74 billion acquisition of the biotech. Bristol-Myers was up 2.5 percent.

Booking Holdings Inc fell 10.5 percent after missing quarterly earnings expectations and was among the biggest single-stock drags on the S&P and the Nasdaq.

Also dragging on the S&P was HP Inc, which plunged about 18.7 percent after it reported revenue that missed analysts’ estimates.

Monster Beverage Corp jumped 8.9 percent, making it the biggest percentage gainer on the S&P, after it beat Wall Street estimates for quarterly revenue and profit.

Declining issues outnumbered advancing ones on the NYSE by a 1.28-to-1 ratio; on Nasdaq, a 1.32-to-1 ratio favored decliners.