(Reuters) – U.S. stocks rose on Friday, as big banks gained after clearing the Federal Reserve’s stress test, while investors kept a watch on the G20 summit where a meeting between Presidents Donald Trump and Xi Jinping could lay the groundwork to resolve their trade dispute. 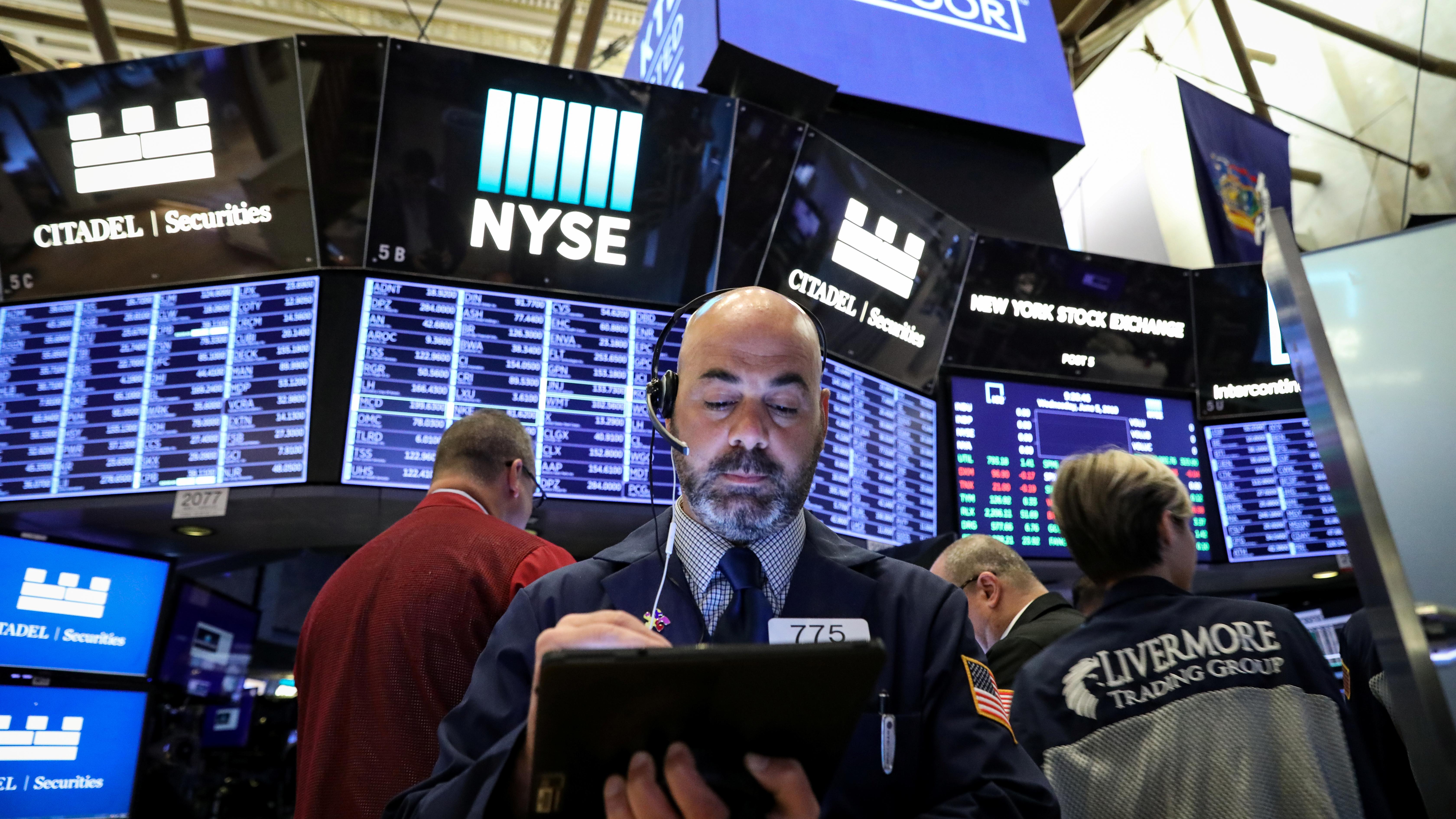 Trump said he hoped for productive talks with the Chinese president, but said he had not made any promises about a reprieve from escalating tariffs. The two leaders are scheduled to meet on the sidelines of the G20 summit this weekend in Japan.

“What investors expect are good talks, no implementation of tariffs right away and a continuation in negotiations. Which is also the most likely outcome from G20,” said Randy Frederick, vice president of trading and derivatives for Charles Schwab in Austin, Texas.

“There are still hopes that things won’t be worse after the weekend.”

The uncertainty caused by conflicting reports on a potential trade truce stalled this month’s rally, with the S&P 500 index .SPX on pace to post its first weekly loss in June.

Still, the benchmark index is up 6.5% for the month, putting it on track to clock its best six-month performance since March 2012. Global stocks, meanwhile, recorded their best first-half of the year ever.

Lifting Wall Street were gains in financials .SPSY, up 1.07%, the most among the 11 major S&P sectors.

Constellation Brands Inc (STZ.N) jumped 4%, the most on the S&P, after the Corona beer maker reported quarterly results above analysts’ estimates.

Giving the Fed ammunition to cut interest rates next month was data that showed consumer spending increased moderately in May and prices rose slightly, pointing to slowing economic growth and benign inflation pressures.