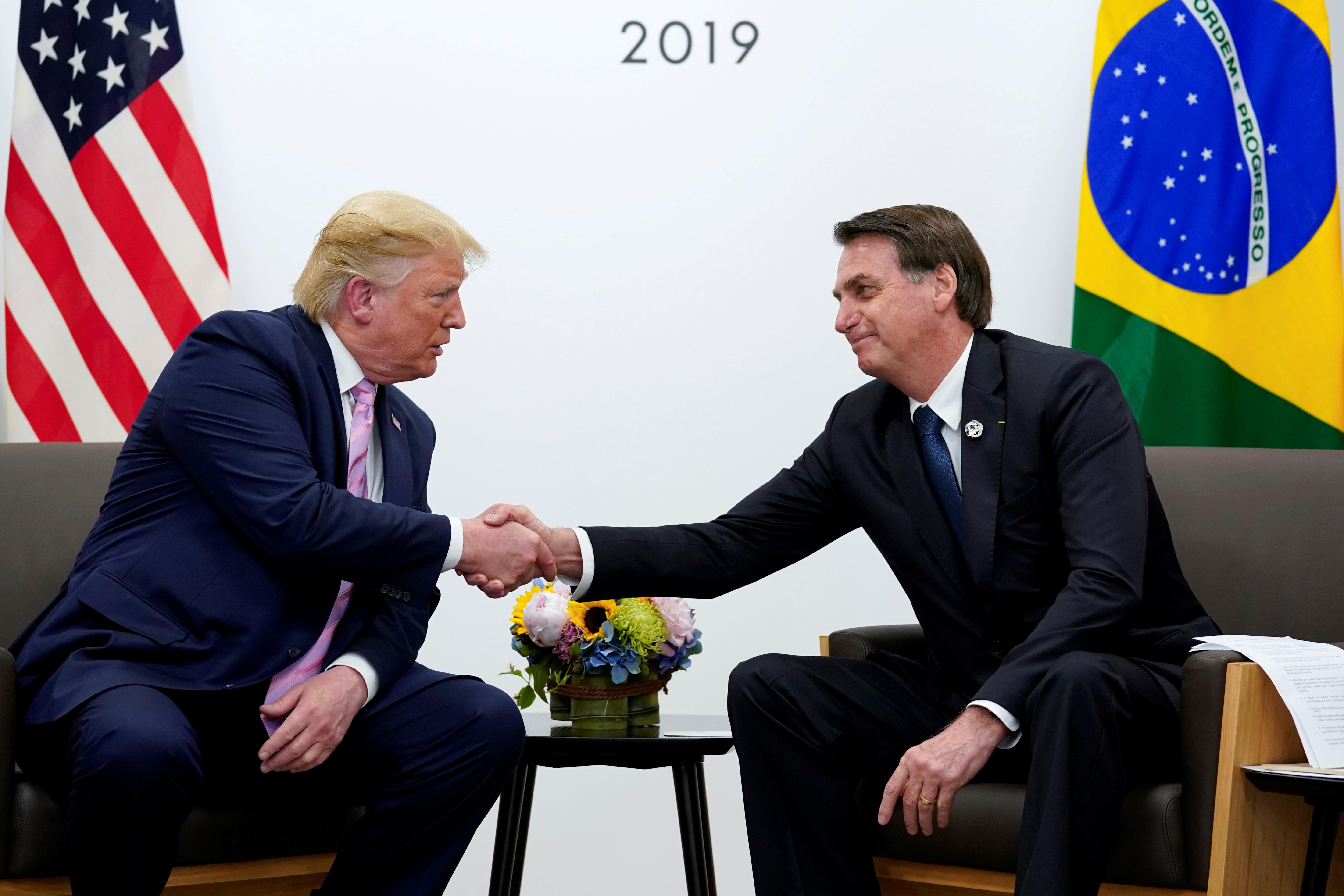 Earlier on Monday, Trump said he will impose tariffs on U.S. steel and aluminum imports from Brazil and Argentina, catching the two South American countries off guard and prompting them to seek explanations.

Bolsonaro strode to victory last year as the “Trump of the Tropics,” threatening to slash China’s growing footprint in his country’s economy.

Once in office, he doubled down on Trump but also held back on bashing Beijing in favor of a more pragmatic approach with China, Brazil’s top trade partner.

Increasingly, it seems, only one of those strategies worked. Trump’s latest tariff announcement suggests Bolsonaro’s U.S. overtures have fallen on deaf ears.

By contrast, Bolsonaro’s once-acrimonious relationship with Beijing has softened and is yielding tangible results, with China buying ever more Brazilian meat and even coming to the rescue of its troubled deep-water oil auction last month.

Analysts said Trump’s repeated snubs of Bolsonaro could push Brazil back toward the more long-term, consistent and drama-free embrace of China.

Thomaz Favaro, regional director at consultancy Control Risks, said Bolsonaro’s efforts to shimmy closer to Trump have not gained traction in Washington, while Beijing has been far more open to working strategically with Brazil.

“It’s very clear that China has tried to position itself as a steady ally of the Brazilian government, regardless of political difference, and I think that message has been very well received in Brasilia,” he said.

Favaro added that Trump’s surprise tariff move, which was likely undertaken to shore up his base of U.S. farmers ahead of next year’s election, “could push Bolsonaro closer into China’s hands.”

The impact of Trump’s tariffs on the U.S.-Brazil free trade deal talks, which opened this year, remains to be seen.

Bolsonaro’s allegiance is far stronger to Trump and the United States than to President Xi Jinping and China, but relations with Beijing have thawed following Bolsonaro’s visit to China in October and Xi’s visit to Brasilia for the BRICS summit last month.

And while Trump could lose next year’s presidential election and be replaced by a Democrat more hostile to Bolsonaro, Xi is likely to remain in power for the foreseeable future, analysts said.

Significantly, Chinese state oil companies CNOOC (0883.HK) and CNODC were the only bidders other than Brazil’s own state-run Petroleo Brasileiro SA (PETR4.SA) in a massive oil auction last month, following an invitation made by Bolsonaro during his visit.

The two countries, which notched a record $100 billion in bilateral trade last year, have also been driven closer by necessity. China is buying more Brazilian meat as its domestic hog population has been decimated by African swine fever. It has also licensed 45 additional Brazilian meat plants for export this year.

“The U.S.-Brazil rapprochement is in trouble because the U.S. is starting to realize there’s not much Brazil can offer,” said Oliver Stuenkel, an international relations professor at the Getulio Vargas Foundation, a Brazilian university.

Soon, Bolsonaro may have to admit that Beijing is an “all-weather friend” because Washington, like some European countries worried by Bolsonaro’s environmental polices, is turning away from Brazil.

Bolsonaro said on Monday he will appeal to Trump for mercy. He was confident the U.S. leader will “listen to us.”

So far, though, there appears to be little evidence that he will. Despite his efforts since becoming president on Jan. 1, Bolsonaro has received little in return from Trump.

Brazil’s bid to join the Organization of Economic Co-operation and Development (OECD) group of rich countries has been met with a mixed, even lukewarm, response from Washington.

Meanwhile, Bolsonaro has buckled to Washington’s demands in other areas, such as ethanol and wheat quotas, offering travel visas for U.S. citizens. He is considering the United States operating a military base on Brazilian soil despite misgivings from the country’s armed forces. 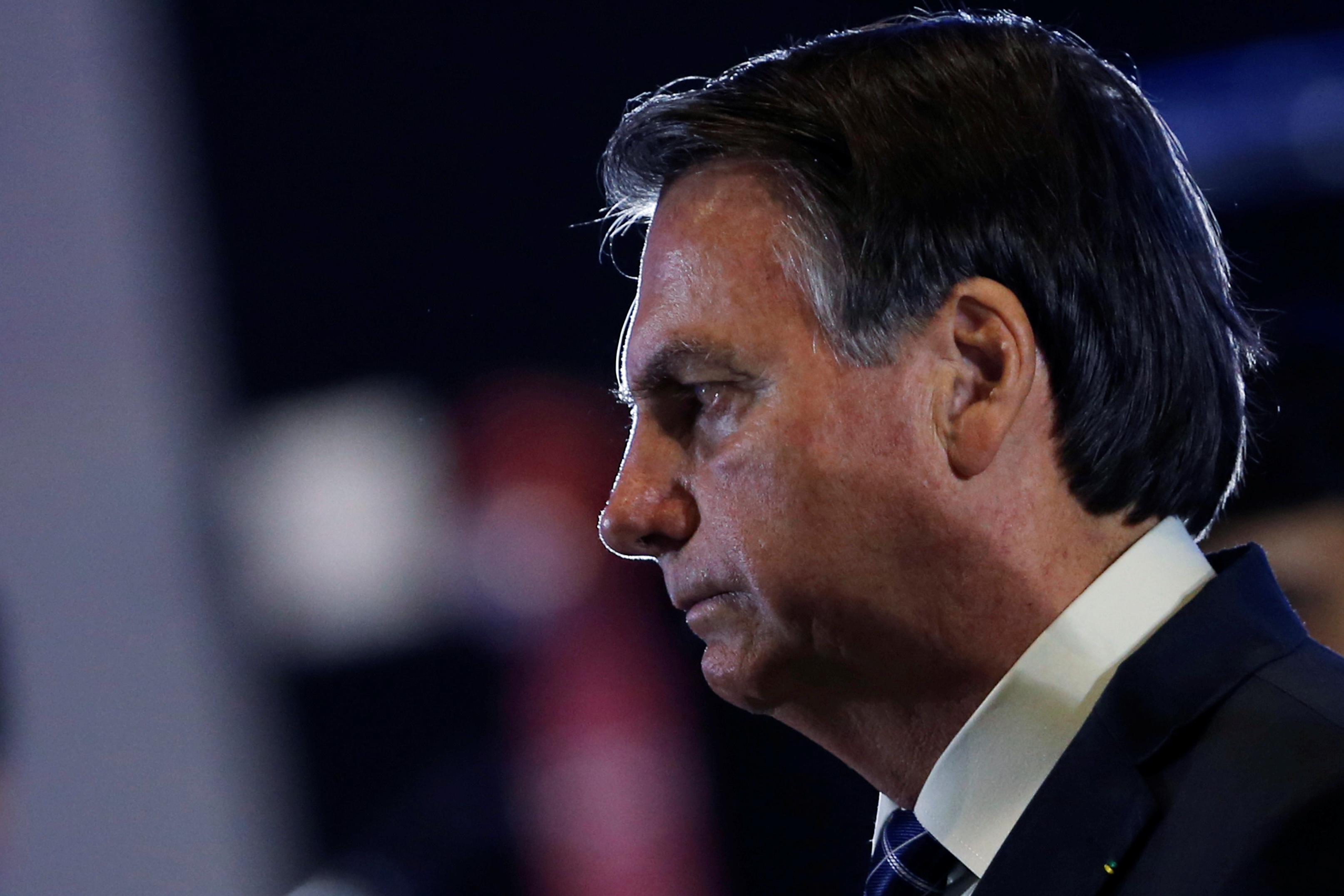 Yet a two-year U.S. ban on Brazil beef imports remains in place, despite nine months of talks and a personal plea from Bolsonaro to Trump during his visit in March.

China is sure to be taking notice of those frictions.

“If you raise tariffs, you open the door for other blocs to take advantage,” said one diplomat in Brasilia.