LONDON (Reuters) – U.S. car tariff worries shunted Europe’s stocks off a four-month high on Tuesday, while Sweden’s crown was savaged by a slowdown in inflation less than two months after its central bank had dared to raise interest rates for the first time in seven years. 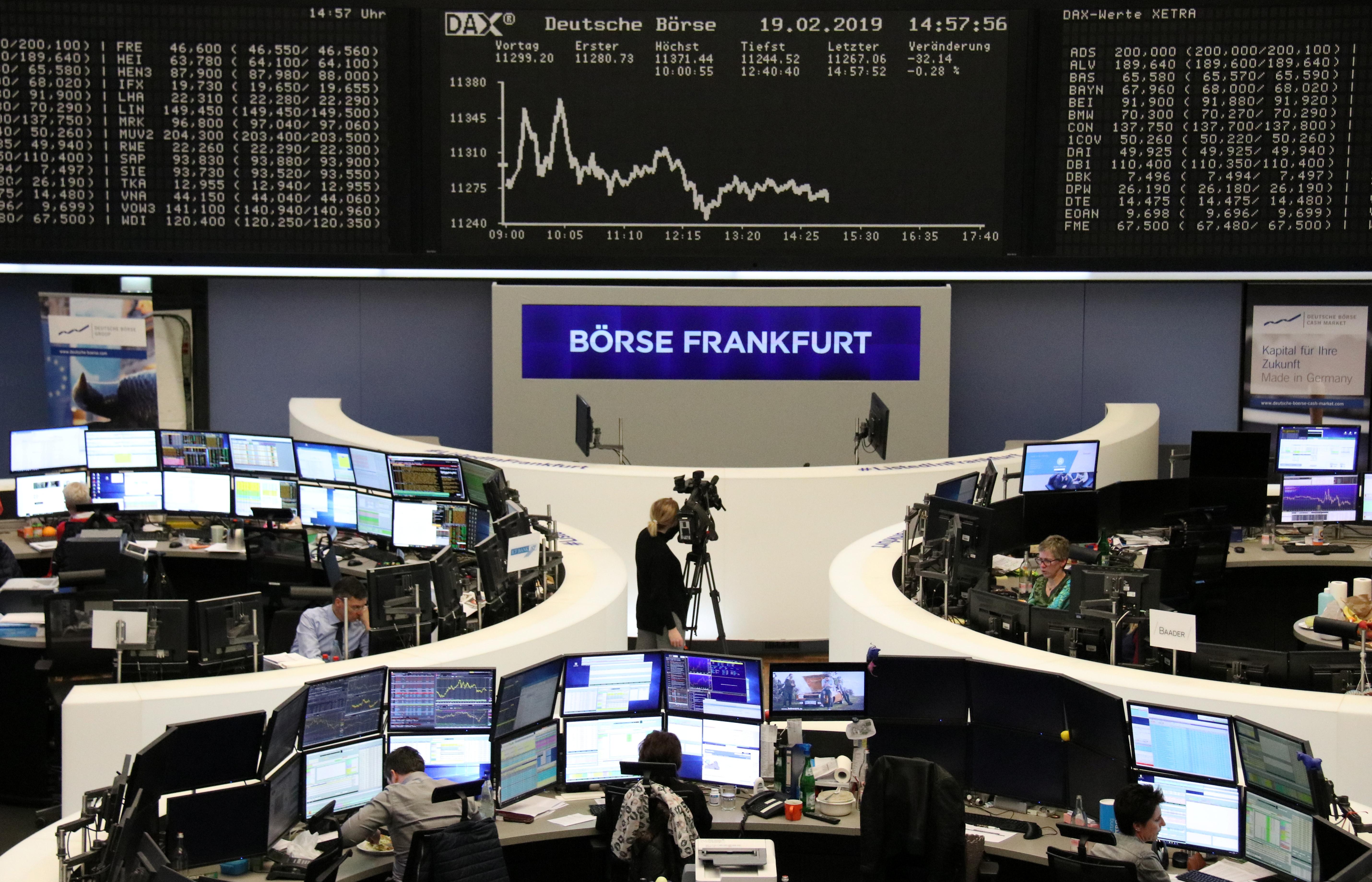 World markets were struggling to stay positive after a slow but buoyant start to the week and with the talk of tariffs in Europe also coming ahead of fresh Sino-U.S. trade talks in Washington later.

Wall Street futures were pointing around 0.2 percent lower after Europe’s main bourses gave up an early fight to spend the day in the red [.EU] after Asia had also barely got out of first gear overnight. [.T]

Bank shares had been hit by a mix of weak results from the region’s biggest and most global institution HSBCand by some weak euro zone data that also painted gloomy pictures for Germany and Italy’s economies.

Currency dealers had plenty to keep them busy too. [/FRX]

The yen had slipped to 110.70 per dollar after Japan’s central bank governor had said it could redeploy stimulus if the yen’s relative strength this year hurt the economy and inflation prospects.

The euro was slipped back under $1.13 after more talk of ultra-cheap ECB bank loans, while Sweden’s crown dived to a 2-year low against the dollar as inflation data came in decidedly weak just two months after its milestone rate hike.

“Stokkie (dollar vs Swedish crown) is off to the races,” said TD Securities’ head of global research, Richard Kelly.

“You had especially weak inflation and as you see (from the yen and euro) it comes against this backdrop of central banks becoming more dovish again,” although he also said that bond markets has seen far less reaction to the Swedish data.

Most other currencies were in familiar ranges.

Sterling was stuck at $1.2920, with the ongoing Brexit talks between Britain and the European Union overpowering strong employment and wage data, while the Australian dollar held at just over $0.71.

The precious metals market was more animated, with palladium surging to a record high of $1,481 per ounce as stricter auto emissions standards are seen increasing demand for the metal in new catalytic converters.

E-mini futures for the S&P 500 and the Dow were a shade weaker as traders returned from a long weekend break to a busy day of U.S. earnings and U.S.-China trade deal guess work.

The World Trade Organization set the tone as its quarterly indicator of world merchandise trade slumped to its lowest reading since the fallout of the financial crisis nine years ago.

In Asia, Japan’s Nikkei ended up 0.1 percent after holding flat for most of the day. Australian shares climbed 0.3 percent to a 4-1/2 month peak, after gaining over 8 percent so far this year, partly on expectations the central bank could ease policy to temper pressure on growth.

Chinese shares ended in the red though after surging in the previous session, with the blue-chip index off 0.2 percent. HSBC’s slump had come as it warned of slowing growth in its two home markets of China and Britain too.

The results spoke to a wider problem for European banks, which are struggling to return to growth after a decade of post-crisis restructuring due to a worsening global economic outlook.

Trade talks were also dominating headlines again with a new round of negotiations between the United States and China expected in Washington on Tuesday, and follow-up sessions at a higher level later in the week.

Reports of progress in the talks have kindled hopes among investors that the two countries can reach a compromise in their trade war by a March 1 deadline, although few details from the talks have emerged.

President Donald Trump said last week he might extend the deadline, which would stop an immediate increase in tariffs on $200 billion worth of Chinese imports to 25 percent from 10 percent.

Reflecting changing sentiment, Chinese shares have risen rapidly so far this month, with MSCI’s China A shares index up 6.5 percent, by far the best performance among major markets despite China’s weakening economy.

Additionally, investors are now seen returning to riskier asset markets after the U.S. Federal Reserve signaled this year it could halt rate hikes in light of U.S. economic softness.

“In the last week, it seems like global central banks have started a possible process of monetary easing,” Bank of America-Merrill Lynch strategist Ajay Singh Kapur said in a note.

“If (currency moves) are having an impact on the economy and prices, and if we consider it necessary to achieve our price target, we’ll consider easing policy,” Bank of Japan Governor Haruhiko Kuroda had said in his country’s parliament.