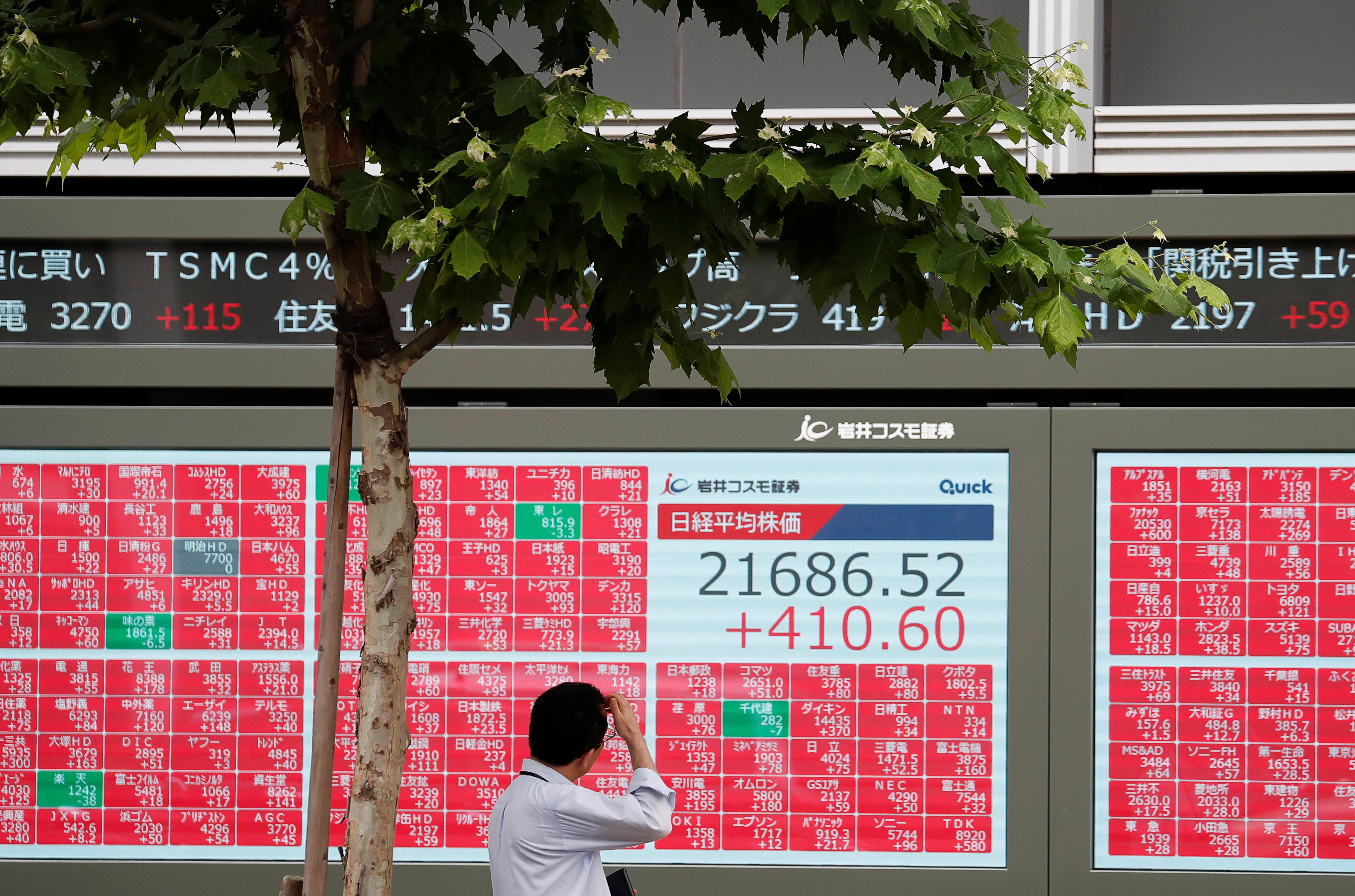 Chinese shares followed suit, with the benchmark Shanghai Composite and the blue-chip CSI 300 down 0.8% and 0.7%, respectively, while Hong Kong’s Hang Seng dropped 0.6%.

South Korea’s market was off 0.4% after the Bank of Korea unexpectedly cut its policy interest rate for the first time in three years, as uncertainties from a trade dispute with Japan added to anxiety about the economy’s outlook.

European stocks are also poised for a decisively lower open, with futures for Britain’s FTSE falling 0.4%, Germany’s DAX down 1.0% and France’s CAC down 0.5%.

On Wall Street, all three major indexes fell on Wednesday as weak results from trade-related CSX Corp stoked concerns that the protracted trade standoff between the United States and China could hurt U.S. corporate earnings.

Earlier in the week, U.S. President Donald Trump kept up pressure on Beijing with a threat to put tariffs on another $325 billion of Chinese goods, amid market nervousness over when face-to-face talks will resume.

The Wall Street Journal reported that progress toward a U.S.-China trade deal has stalled while the Trump administration determines how to address Beijing’s demands that it ease restrictions on Huawei Technologies.

Treasury yields slid as concerns about the U.S.-China trade war boosted demand for safe haven debt and after data showed weakness in the U.S. housing market.

Even as mortgage rates drop, U.S. homebuilding fell for a second straight month in June and permits declined to a two-year low in a possible sign of more trouble ahead for the housing market.

In the foreign exchange market, the dollar slipped on Thursday as broader risk aversion pushed benchmark U.S. yields to a nine-day low.

The dollar index versus a basket of six major currencies was down 0.2% at 97.08. The index had climbed to a one-week peak of 97.44 the previous day on stronger-than-expected U.S. retail sales and a slump in sterling.

The euro added to modest overnight gains and edged up 0.1% to $1.124. The single currency’s gains were limited as it was restrained by expectations of easing from the European Central Bank as early as next week.

The International Monetary Fund (IMF) on Wednesday said the dollar was overvalued by 6% to 12%, based on near-term economic fundamentals.

Sterling was a shade higher at $1.244. It had stumbled to $1.238, its lowest since April 2017 on Wednesday amid growing risks of Britain leaving the European Union in a no-deal Brexit.

“In the scenario where a no-deal Brexit becomes a realistic prospect, the continued decline in sterling will be just a drop in the ocean.”

Britain’s fiscal watchdog is expected to say on Thursday the country’s economy will fall into a recession next year and that its economy will be 3% smaller in the event of a “no-deal” Brexit, The Times newspaper reported.

Precious metals were in demand, with gold prices hitting their highest in two weeks on Thursday, as weaker-than-expected U.S. data reinforced expectations for an interest rate cut by the U.S. Federal Reserve later this month, dragging the dollar lower.