Stocks falter ahead of Fed on trade deal worries

TOKYO (Reuters) – A rally in global shares stalled on Wednesday, with Asian shares slipping from three-month highs, as the prospect of a rate cut by the Federal Reserve was countered by worries a Sino-U.S. first-stage trade deal could be delayed. 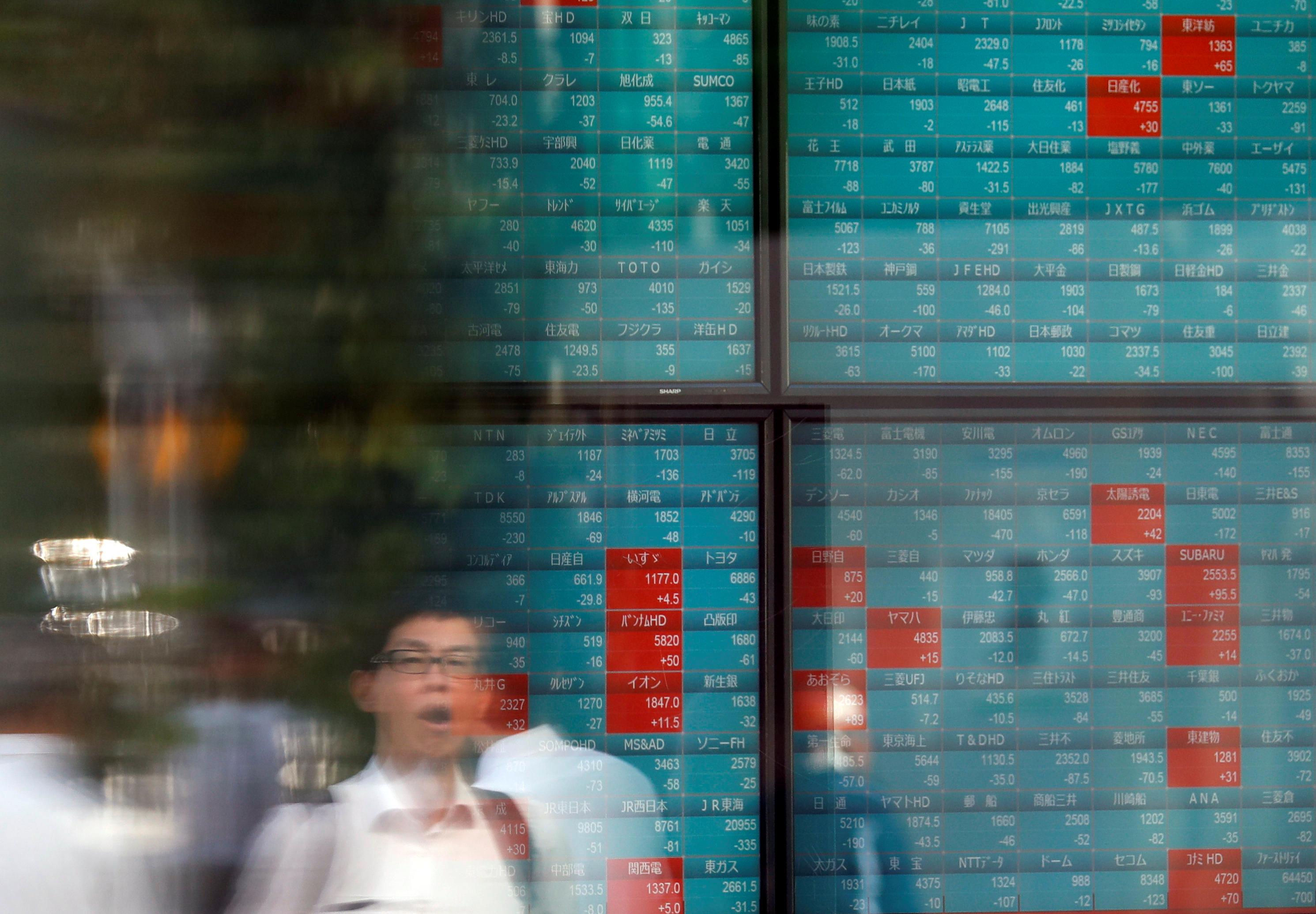 On Wall Street overnight, the S&P 500 index touched a record intraday high, led by strong earnings from drug manufacturers such as Merck (MRK.N) and Pfizer (PFE.N), before ending down 0.08%.

Markets had erased gains after Reuters reported a U.S. administration official said an interim trade agreement between Washington and Beijing might not be completed in time for signing in Chile next month as expected.

A disappointing profit report from Google parent Alphabet (GOOGL.O) kept the technology-rich Nasdaq in the red, with the Nasdaq Composite .IXIC falling 0.59%.

MSCI’s gauge of stocks across the globe .MIWD00000PUS slipped 0.06% in Asia on Wednesday from a 21-month high reached on Tuesday.

Since U.S. President Donald Trump outlined what he called the first phase of a trade deal with China earlier this month, investors have bet on a trade truce between the two countries, driving global equities higher.

Expectations of further U.S. monetary policy loosening also emboldened investors, with a reduction of 0.25 percentage point later in the day almost seen as a done deal.

“With a cut today completely priced in, markets are looking to the Fed’s stance on its policy outlook,” said Masahiro Ichikawa, senior strategist at Sumitomo Mitsui DS Asset Management.

While Fed funds rate futures <0#FF:> fully price in a 25- basis-point cut on Wednesday, only about a 30% chance of another cut in December has been priced in, compared with about more than 70% earlier this month.

“I think the Fed will clearly indicate that a rate cut in December is not its main scenario,” said Tomoaki Shishido, macro strategist at Nomura Securities.

Fading expectations of aggressive rate cuts by the Fed have lifted the two-year U.S. bond yield to 1.642% US2YT=RR, compared with a two-year low of 1.368% in early October.

That has helped to lift the dollar, particularly against safe-haven currencies such as the yen. The dollar was traded at 108.86 yen JPY=, after having hit a three-month high of 109.07 yen.

The Bank of Japan is widely expected to keep its policy on hold on Thursday.

The British pound wobbled after Britain decided to hold an election on Dec. 12 after Prime Minister Boris Johnson won approval from parliament for an early ballot aimed at breaking the Brexit deadlock.

While Johnson seeks to gain a parliamentary majority to ratify his Brexit deal, the election would be highly unpredictable as Brexit has fatigued and enraged swathes of voters, while eroding traditional loyalties to the two major parties, Conservative and Labour.

Oil prices slipped after an industry report that stocks at the Cushing delivery hub for the benchmark rose last week, shrugging off a drop in overall inventories.