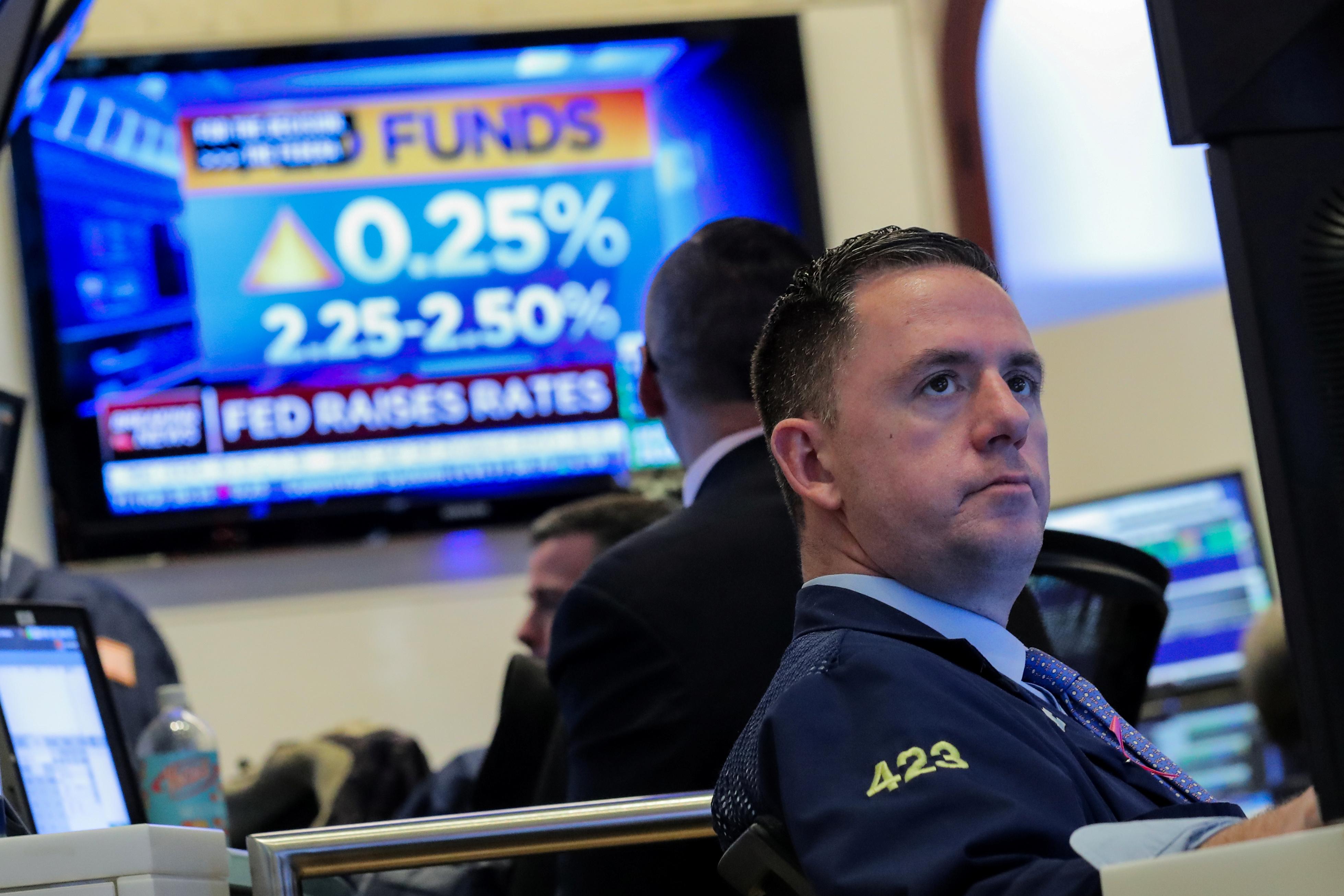 The Federal Open Market Committee said in a statement following a two-day policy meeting that risks to the economy were “roughly balanced,” but that it would “continue to monitor global economic and financial developments and assess their implications for the economic outlook.”

Though the Fed now expects two rate hikes in 2019, down from three in its previous economic forecasts in September, investors said the statement was not dovish enough to calm concerns about the possible negative effects of rising rates as economic growth slackens.

A Reuters poll last week showed the probability of a U.S. recession in the next two years jumping to 40 percent.

“This is clearly a disappointment for those hoping for a dovish rate hike,” said David Joy, chief market strategist at Ameriprise Financial in Boston. “There is still a gap between where the Fed is and where the market is in terms of policy expectations for next year.”

Advancing issues outnumbered declining ones on the NYSE by a 1.32-to-1 ratio; on Nasdaq, a 1.06-to-1 ratio favored decliners.