LONDON (Reuters) – As lawmakers gather in Britain’s parliament on Tuesday to vote on the future of the country’s relationship with Europe, traders in London’s financial hub will be bracing for a potential burst of market turmoil that could affect the Brexit process itself. 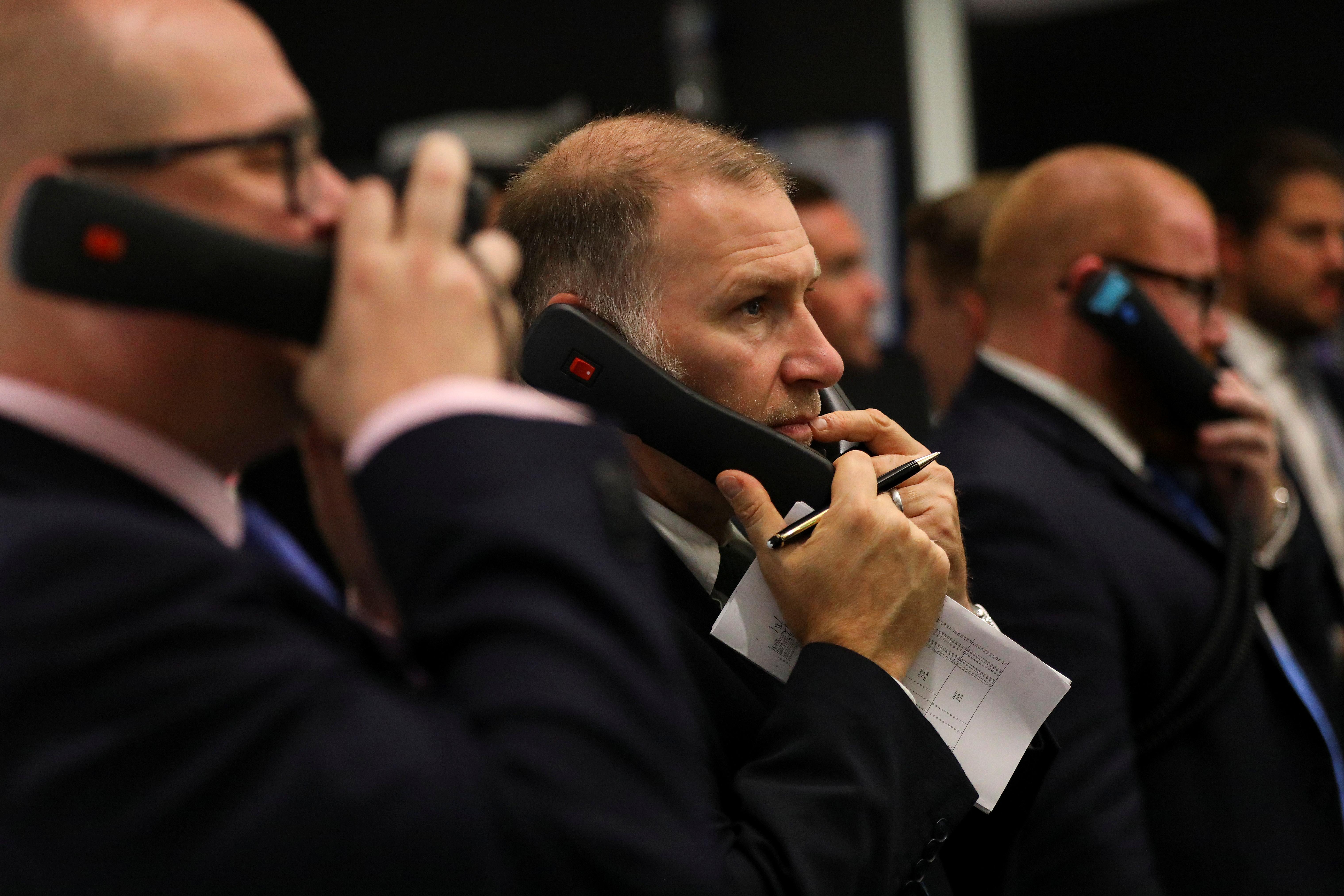 Sterling plunged more than 10 percent in the immediate aftermath of Britain’s shock vote to leave the European Union in June 2016, while $2 trillion was wiped off global stock markets.

This time, traders expect a more muted response. Prime Minister Theresa May is widely expected to fail in her attempt to win support for her Brexit plan, meaning the immediate market reaction could be limited – unless there is a surprise.

But as her failure would usher in yet more uncertainty over the Brexit process, big market swings may follow – and some commentators have suggested heavy market losses could even convince lawmakers to back May if she tried for a second vote.

“On the morning after the 2016 referendum result the London Stock Exchange kind of broke because there were such wide spreads on stocks, market makers weren’t finding prices,” said Laith Khalaf, senior analyst at Britain’s biggest direct investment service Hargreaves Lansdown.

“We are less likely to see turmoil like that as people are ready for a range of outcomes this time, but we could see some big swings,” he said.

Either way, banks and brokerages will be prepared.

Barclays (BARC.L), Investec (INLJ.J), JPMorgan (JPM.N) and Nomura (8604.T) are among banks in London planning to draft in traders and analysts outside of normal business hours on Tuesday, sources familiar with the matter said, as they prepare for an influx of calls from investors keen to understand or make bets on the implications of the vote.

With the result not expected to become clear until around 1900 GMT, London’s stock exchange will be closed, meaning it will be sterling – traded 24 hours a day around the world – that will react first.

“We’re preparing for the big day and night by bringing sleeping bags into the office and have mini golf and pinball in our break out area, so we can keep the traders busy during any quieter hours,” said Samuel Leach, CEO of Samuel & Co. Trading.

Nomura has booked hotel rooms in the city, a bank spokesman said, for bleary-eyed traders to use if necessary after a night that could set the future for the 2.8 trillion pound ($3.6 trillion) British economy for generations.

“We are going to be glued to our trading screens or television wherever we are,” said Neil Jones, head of hedge fund foreign exchange sales at Mizuho (8411.T), another Japanese bank, in London.

It is not just in London where traders will be gripped by the Brexit vote, with less than four months to go before Britain is due to leave the EU on March 29.

In foreign exchange hubs like New York, Hong Kong and Tokyo, traders will watch for signs of May’s deal being voted through – seen as indicating an orderly Brexit and therefore positive for sterling – or rejected, signaling more uncertainty.

“If we see it becomes a true volatility event, then the ability to step away from the desk will be challenged. Of course, arrangements will be made to feed the troops and no doubt there will be a few ales after to unwind,” said Chris Weston, head of research at currency broker Pepperstone in Melbourne.

Traders will be focused on helping investor and corporate clients with what each development in the vote means for them.

“This is an exciting market event and it’s intriguing to see what will happen, but it’s important to remember for our clients that it’s the opposite of that – some of the scenarios could be very painful for businesses,” said Jonathan Pryor, head of foreign exchange sales at Investec in London.

May’s compromise Brexit deal has dismayed both supporters of a more decisive break with the EU and those who want ties to remain as close as possible. Her reliance for a majority in parliament on a Northern Irish party that opposes the deal has made her position even more precarious.

Should she defy the odds, analysts say shares in sectors most directly exposed to the British economy such as banks, insurers, homebuilders and retailers could surge.

Such an outcome could also boost sterling, which could hurt FTSE-100 .FTSE companies that primarily earn revenues in dollars, such as HSBC (HSBA.L) and BP (BP.L).

If May fails, however, it could send shockwaves through a financial industry that has been hoping Britain would move into a transitional deal with the EU until the end of 2020.

“This vote is a lightning-rod realization for some clients, that two years of ministerial resignations, chit-chat and speculation comes down to this: in three months we could be crashing out of Europe,” said Matthew Hudson, CEO of MJ Hudson which advises more than 600 institutional and retail investment firms.

Defeat for May could see asset managers immediately move to open offices in Europe to ensure continued access to EU markets in the absence of a deal with the bloc, Hudson said.

“I’ve got clients who are ready to push the button the minute she loses,” he said.

Some Whole Foods workers call for 'sick out'