New Zealand’s largest listed retirement company is continuing to try to get $200 million-plus Australian village plans approved, despite moves by authorities and locals to protect the site as a green belt.

In 2016, Ryman Healthcare bought the 8.9ha Moondah Estate in Mt Eliza, 45 minutes from Melbourne, indicating then the development would mean it would have five villages in Victoria by 2020.

But in the last six years, Ryman has lost every round of the planning battle and a koala living nearby, growling frogs and ring-tail possums have all been cited by opponents in their moves to halt plans.

Two CEOs – Simon Challies and Gordon MacLeod – have come and gone from the company now headed by Richard Umbers and still Ryman hasn’t begun earthworks on its historic beachfront estate.

Now, environmentalists have dealt it a further blow, this time at a higher state level, meaning its site could become part of a newly protected belt.

“We are continuing to pursue our plans,” a Christchurch-based Ryman spokesman said today of plans for what is known locally as Reg’s Wedge after airline founder the late Sir Reginald Ansett who once owned the rolling green estate.

Peninsula protection advocates have been celebrating on social media lately after a state minister backed their push for green wedge protection of land which includes Ryman’s block.

That rezoning is to protect valued open spaces from development, resolve anomalies in the planning scheme and ensure zoning of sites to reflect their intended use and location within the green wedge.

One of the sites earmarked for protection is Ryman’s site at 60-70 Kunyung Rd.

Groups in the community have been fighting for years to stop that land from being developed into a large-scale residential aged care facility and retirement village.

Ryman initially planned around 400 places on the site but downscaled that by nearly half to just 104 independent apartments, 35 assisted living suites and an 82-bed hospital.

But no approval has yet been granted.

In 2020, the shire rejected Ryman’s plans so last year, the company went to the Victorian Civil and Administrative Tribunal to appeal the shire move which the tribunal also rejected.

Leigh Eustace of Save Reg’s Wedge said on social media that the minister’s decision was “fantastic. Thank you Save Reg’s Wedge for all your efforts. See you in the Supreme Court in July 2022 to fight Rymans seeking leave to appeal the VCAT decision from July 2021”.

Ryman today acknowledged the holdups but expressed confidence in its plans.

“The Victorian Government’s Minister for Planning has given approval to start a process requested by the Mornington Peninsula Council almost two years ago, to consider rezoning special use zones to green wedge zone. Our Mt Eliza site is one of these sites,” the company conceded.

“The process will take approximately 12 months and is run by the Department of Environment, Land, Water and Planning in Victoria. They appoint a panel who will consider the council’s case as well our case as to whether it should be included in the green wedge zone.

“Separately, we have submitted a revised planning application to Mornington Council. This scales back our earlier application, reflecting feedback from the council, the community and consideration of the decision from VCAT.

“VACT’s decision stated that retirement and aged care is a permitted use under the special use zone, which we feel holds us in good stead for why our site should be excluded from the green wedge zone. It was previously a residential university campus for several decades, which we believe makes it perfectly suited to redevelopment as a retirement community to meet the growing need for accommodation and care on the peninsula.

“On this basis, we hope the council will approve our amended application, which they are currently considering. If necessary, we will appeal council’s decision to VCAT,” Ryman said today.

“We are continuing our plans to redevelop the former Melbourne Business School site at Mt Eliza into a Ryman retirement community. Our aim is to invest in critically needed healthcare infrastructure for this community and there has been huge interest in our plans from residents wanting to move in,” Holland told the Herald today.

“We purchased our Mt Eliza site on the basis it had operated as a residential university campus for many decades, and it was perfectly suited to a retirement community. We were heartened when this use was noted in VCAT’s decision on our application last year.

“We’ve substantially altered our plans to take into account the feedback we have had heard from the community, from the Mornington Council and from VCAT and believe we have a strong case for our amended application to be approved,” Holland said today. 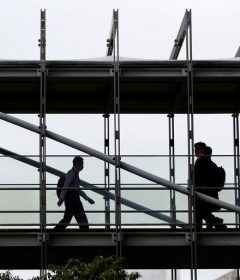 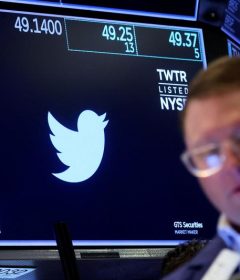