LONDON/HONG KONG (Reuters) -Global stocks ticked up on Tuesday as robust China trade data boosted confidence for a rebound in its domestic demand, with market players awaiting U.S. data expected to show a pick-up in inflation.

China’s exports in dollar terms rose by over 30% in March from a year earlier, while imports jumped 38%, their fastest pace in four years, suggesting a post-pandemic recovery in its domestic spending.

The broad Euro STOXX 600 gained 0.3% to near record highs, with export-heavy German shares up 0.2%. Indexes in Paris and London shares fell 0.1%.

Investors were focused on U.S. inflation data for March, due at 1230 GMT. Markets expect a forecast pick-up in inflation to accelerate recent moves by equity investors to rotate towards cyclical stocks.

“The question for the next few months is not whether inflation will pick up, but how far inflation is going to pick up,” said Hugh Gimber, global markets strategist at J.P. Morgan Asset Management.

“We do see scope for further increases in Treasury yields over the course of 2021. We’d expect that to drive a continuation of the rotation that we’ve seen over the past six months or so towards more cyclical sectors.”

The MSCI world equity index, which tracks shares in 49 countries, was down.

Earlier, Asian stocks had gained support on the strong China trade data, though MSCI’s broadest index of Asia-Pacific shares outside Japan gave up its gains – as did China’s blue-chip index, CSI300.

“China is benefiting because of its surging ‘first, first out’ recovery but the global economy is also accelerating and picking up and that will diminish some of China’s export performance in the quarters ahead,” said John Woods, Credit Suisse’s Asia Pacific chief investment officer.

In currency markets, the dollar rose from near a three-week low against other major currencies on Tuesday, buoyed by a bump in Treasury yields.

The dollar has eased back along with U.S. yields this month after surging to multi-month peaks as markets expect that major fiscal stimulus, coupled with continued monetary easing, will spur faster U.S. economic growth and higher inflation. 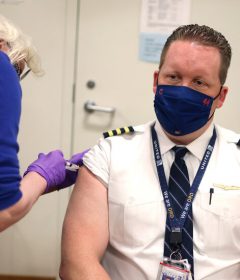 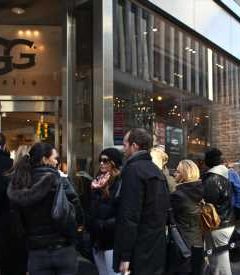 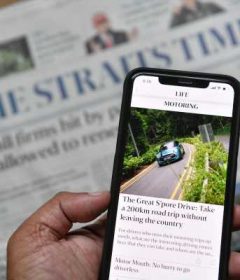