The state agency responsible for real estate agents is warning those who cold-call homeowners about the need to comply with the law.

Belinda Moffat, Real Estate Authority chief executive, said inquiries and complaints had been made about this issue.

Low sales volumes were probably partly responsible for agents directly approaching people who did not have their homes for sale, she said.

“The authority wants to make it crystal clear to agents that they cannot represent both the buyer and the seller in the same transaction and they cannot claim two commissions on a sale,” she warned.

“Agents might have approached a homeowner on behalf of a potential buyer and asked the homeowner to sign an agency agreement to sell their house.It must be clear who the agent is representing in a transaction. Under the code of conduct, the agent must act in the best interests of a client, who is typically a vendor or seller,” she said.

In any particular transaction, an agent can represent either the seller or the buyer but never at the same time, Moffat warned.

If an agent approached a homeowner for a buyer and asked for an agency agreement to be signed to get a sale, there was a risk that the agent could breach one of their fundamental obligations which is to act in the best interests of their client, she said.

“An agent must make sure the homeowner understands the potential sale price of their property on the open market, and what the marketing options for the property are. Agents must also make sure they have a signed agency agreement in place when doing real estate work to be able to claim commission on a sale.

The authority’s website has clear guidance for agents about listing a property and acting as a buyer’s agent.

Wendy Alexander, acting chief executive at the Real Estate Institute, said agents could door-knock but they must comply with the Real Estate Agents Act and the Fair Trading Act.

“An issue arises when an agent already has a potential buyer interested in a property and they knock on someone’s door and ask to show them through without a buyer’s agency agreement,” she said.

In this scenario, the agent is deemed to be acting as a buyer’s agent and an agency agreement is needed with the buyer, not the vendor, she said.

This is because they’re not acting in the best interest of the vendor, for example, they’re not marketing the property to a wider market because they already have a buyer so they could be disadvantaging the vendor.

“The agent must disclose that they are acting for the buyer and that they, therefore, cannot act as a listing agent as well. To do so is unethical,” Alexander said.

It also breaches anti-money laundering requirements which state that the customer or vendor’s identity must be verified before or at the time of establishing a business relationship.

The relationship with the seller will almost always begin at the time of listing, Alexander said.

“Both REINZ and the authority had been made aware of a number of instances of late where agents have shown potential purchasers through a property, seeking to gain a listing, without a buyer’s agency agreement,” she said.

To clear up any confusion, REINZ had been proactively reminding members of their obligations for several weeks and provided information sheets.

“We have also reminded members that a breach can attract substantial penalties for non-compliance,” Alexander said.

Agents should tell the authority if they knew of wrongdoing in their workplaces, she said.

“REINZ has been unequivocal in its views on the practice and has advised members that if they are aware of this practice happening within their organisation, that they should immediately notify the authority and that they should also speak to their supervisor or compliance officer,” Alexander said.

Bryan Thomson, chief executive of New Zealand’s largest real estate agency network Harcourts, said it is common for agents to approach homeowners to see if they were interested in selling.

That was normal business generation activity.

If a homeowner said they would consider selling, the agent must provide a full appraisal including an assessment of potential sale price, recommended sales or marketing strategy and estimate of commission and any other charges, Thomson said.

When an owner appointed an agency to market and sell their place, AML compliance must be completed before marketing, he said.

“In this case, the homeowner or vendor is responsible for the agreed fee. The agency has a fiduciary duty to the principal who is a homeowner and a duty of care to the buyer.”

A buyer may appoint an agency or sales consultant to find a property and agree to pay the agency a fee.

This is known as a buyer agency and while not common it is not unusual, he said.

The agency would sign a buyer agency agreement with the buyer and approach owners. Under this agreement, all legislative requirements would remain in play, he said.

The industry via REINZ and businesses invests significantly in training and education, Thomson said.

John Waymouth, a barrister who specialises in real estate law, said it was reasonably common practice for agents to approach homeowners directly for listings.

“Not only is it a matter of putting flyers in letterboxes but sometimes agents will door knock to see if people are interested in getting an appraisal which can lead to a listing.”

Listings were extremely low now so agents were keener to approach homeowners directly which was not illegal, Waymouth stressed.

“However, before an agent lists a property he must give the vendors an appraisal, ask the vendors to sign an agency agreement and cannot complete any marketing until that has been properly and fully completed and that AML compliance has been completed.

“Only then can the agent attempt to sell the property,” Waymouth said.

Salespeople were trying to get exclusive listings and shortcutting the process which means the vendors are not made fully aware of what their property is actually worth if it was put on the open market, he said.

The problem also – and this is called off-market sales – is that the agent may sign the vendor up to sell to a particular buyer but again a higher price could be fetched if that property was exposed to the wider market via marketing or auction, Waymouth said.

“We are pleased our members are getting back out there and meeting people face-to-face, something that has not been possible at times due to the pandemic. They are aware of their obligations and take these obligations very seriously.”

Anti-money laundering obligations had to be satisfied before starting agency work, but not before door knocking, he said. 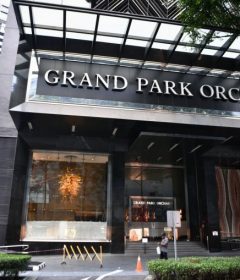 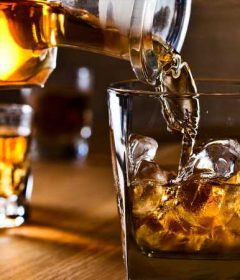 Scotch whisky raises a glass as US trade dispute suspended 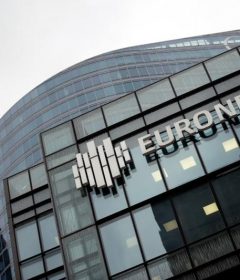