COPENHAGEN (Reuters) – Maersk (MAERSKb.CO) will cut jobs in a major shake-up that will affect a third of the shipping giant’s staff as it seeks to integrate its seaborne container and in-land logistics businesses, it said on Tuesday. 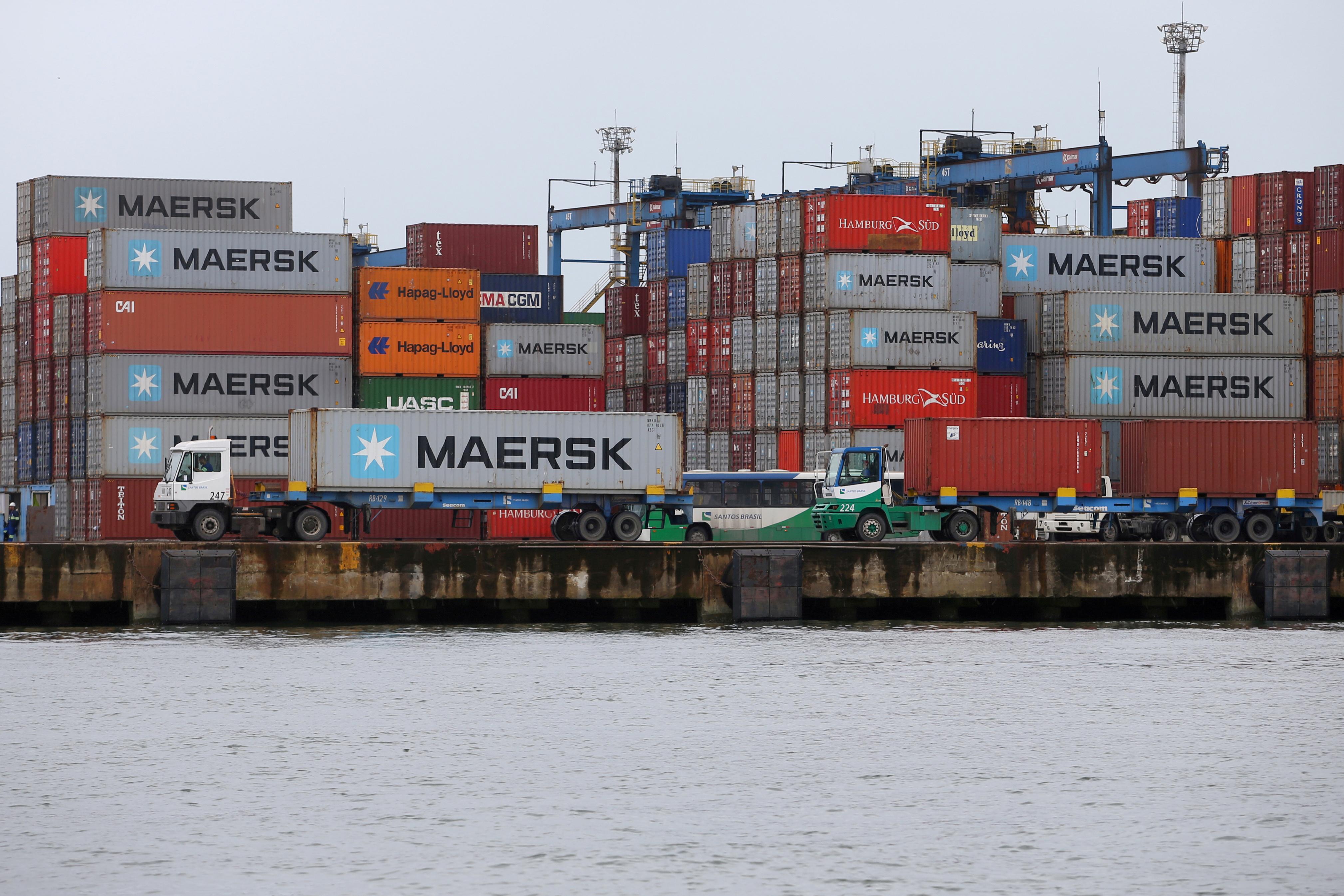 Maersk, which handles about one in five containers shipped worldwide, has been under pressure from investors to speed its transformation from an unwieldy conglomerate but has proved resilient in the face of the COVID-19 pandemic.

Cost cuts and its reinstatement of more upbeat guidance last month have helped to double its share price since March and the shares were trading 0.9% up at 9,652 crowns by 0835 GMT.

The company sold its oil and gas assets in 2017 to Total (TOTF.PA) as part of its efforts to become a more streamlined company focused on its container and in-land logistics business for large customers such as Walmart (WMT.N) and Nike (NKE.N).

Under the shake-up, its Damco freight-forwarding business and Africa-focused carrier Safmarine will be integrated into Maersk by the end of the year and their brands will cease to exist, Maersk said in a statement on Tuesday.

“Simplifying the organisation will regrettably impact jobs due to duplicate roles and roles that will no longer be needed,” Chief Commercial Officer Vincent Clerc said earlier in an internal email sent to Maersk employees and seen by Reuters.

A Maersk spokeswoman said that between 26,000 and 27,000 employees out of Maersk’s total headcount of 80,000 will be affected by the restructuring.

The company did not say how many would be laid off and the internal email also gave no detail on the number of job cuts.

Hamburg Sud, which Maersk bought in 2016, will remain a separate brand but its back office will be rolled into that of Maersk, the company said.

The Hamburg Sud unit employs 4,500 people while Damco and Safmarine have 2,300 and 1,100 staff respectively, according to Maersk.