The Inland Revenue Department has admitted there were “unacceptable delays” in transferring some KiwiSaver employer contributions to providers after it switched to a new technology system in April.

But it will require Cabinet approval if there is to be compensation for the thousands of New Zealanders whose money was left sitting with the IRD earning no interest.

The IRD has revealed 274,000 customers had to wait for a collective $28.6 million to be confirmed before the money could be passed on to KiwiSaver providers and some $3m of that is still waiting to be transferred.

The figures have been revealed after an Official Information Act request by the Herald following complaints from members of the public who waited up to 10 months for their employer contributions to be passed on to their provider.

In a letter Meade Perrin, IRD external relationships leader, said as part of switching KiwiSaver to its new system on April 17, it decided to hold some KiwiSaver contributions for review to ensure the correct amounts were going through to member accounts.

By May 31 it had passed on 85 per cent of the KiwiSaver contributions it held but since then it had been working through the remainder, which had taken time because of the need to confirm the amounts to be passed on.

“Since go-live [on April 17] we have passed on $5 billion in payments to scheme providers.

“However, we have held some members’ contributions for a considerable period of time and acknowledge there have been some unacceptable delays. For that we apologise.”

“There is approximately $3m we have yet to pass on.”

Perrin did not say how many members this affected but at an average of $104 per person it would be around 28,000 KiwiSaver accounts.

The delays have left KiwiSaver members feeling frustrated and calling for compensation after potentially missing out on investment returns they would have got had their money been with their KiwiSaver scheme.

KiwiSaver funds have performed strongly since April reflecting strong bounce-backs in the sharemarket after falls driven by Covid-19.

Morningstar figures for the three months to September show fund performance ranged from an average rise of 1.9 per cent for conservative funds to an average of 5.3 per cent for aggressively invested funds.

Last month Auckland businesswoman Molly Callaghan told the Herald she had asked for compensation from the IRD after discovering five months’ worth of her KiwiSaver contributions had not been passed on when she checked her KiwiSaver provider account in late September.

She said as a business owner if she had been late paying money to the IRD she would be charged a fee.

Perrin said the IRD was currently considering whether it should proactively compensate everyone who had experienced significant delays in the passing on of their employer contributions.

“However, no decisions have yet been made.”

The IRD normally pays interest at a legislatively set rate on contributions held by it but since May 8 the interest rate has been set at zero per cent.

In a statement Revenue Minister David Parker said IRD had acknowledged there had been some unacceptably long delays and it was considering compensation by way of ex gratia payment.

“Compensation in the form of ex gratia payments such as these need Cabinet approval.”

Parker said he understood officials were currently preparing some advice on this issue for him to take to Cabinet for consideration.

“I regret there were such long delays. I am advised it was a one-off and happened when KiwiSaver moved to new systems and processes (April 17) as part of the implementation of Release 4 of Inland Revenue’s transformation programme.”

He said figures from October showed that the move to new systems meant Inland Revenue was now transferring around 92 per cent of contributions within two working days.

Over three million people belong to KiwiSaver with around $70 billion invested in the scheme.

In April a new law came in meaning that employer contributions can now be passed on much faster.

Up until then it could take up to three months to pass on contributions.

Perrin said one of the issues it previously faced with administering KiwiSaver was that it could not pass on employer contributions until it had received the funds from employers.

“Overall, we are now transferring contributions far more quickly than we were able to previously and we pass on between $20m to $25m on average per day to scheme providers.”

He said people could have confidence that in the vast majority of cases their contributions and the contributions their employer makes were being passed on very quickly.

“Many of the things that have caused delays are transitional and we expect to continue to improve our average speed to pass on contributions. Notwithstanding, there will always be cases where there are delays, as issues do occur from time to time.”

But he said there were robust processes in place between employers, scheme providers and Inland Revenue for identifying and correcting any issues that do occur. 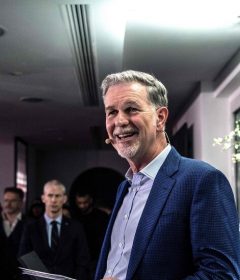 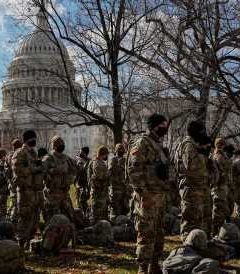