YOUNG AND HUNGRY: Call it anything you want — empowering, healthy, natural, protective — but one thing breastfeeding isn’t frequently referred to is glamourous.

The fashion and celebrity stylist Kim Howells, mother of a baby boy called Indigo, knows this, and that’s one reason why she’s given breastfeeding mothers a makeover in a stylish shoot with a pop art feel for the new issue of Hunger magazine.

The issue, which is out May 29, marks the 10th anniversary of publisher Rankin’s magazine and the theme is community. Howells thought there was no better way to capture that spirit than by amassing a group of new mothers, dressing them — and their babies — in designer duds and asking them to socialize and breastfeed.

Howells, whose clients range from Fendi, Dior and David Koma to Rita Ora, Grimes and Jessie J, did it all from the heart.

Having given birth to Indigo during the first lockdown in England, she realized how difficult it was to nurture a newborn during a pandemic with no chance to see, spend time with or hug friends and family — or even make new friends.

Stores Reopen for Shoppers in LA and NYC

As a result of those struggles, Howells has started an online platform called Tits Up (which in Britain refers to something that’s gone wrong), where new mothers can connect. She’s planning a podcast series and a lineup of talks with mothers in partnership with the House Studio at Soho House, both of which will launch later this summer.

The women in the Hunger shoot are a mix of Howells’ friends and new mothers she found via an Instagram casting. Most of them are holding down jobs as they raise their children, and Howells said she wanted to give them the attention, social interaction and pampering they’ve likely been missing after the three national lockdowns.

“These are mums on the go who are breastfeeding and expressing their milk, taking care of their babies and still jumping on a Zoom call for work. I wanted to highlight their superhuman qualities,” Howells said in an interview. 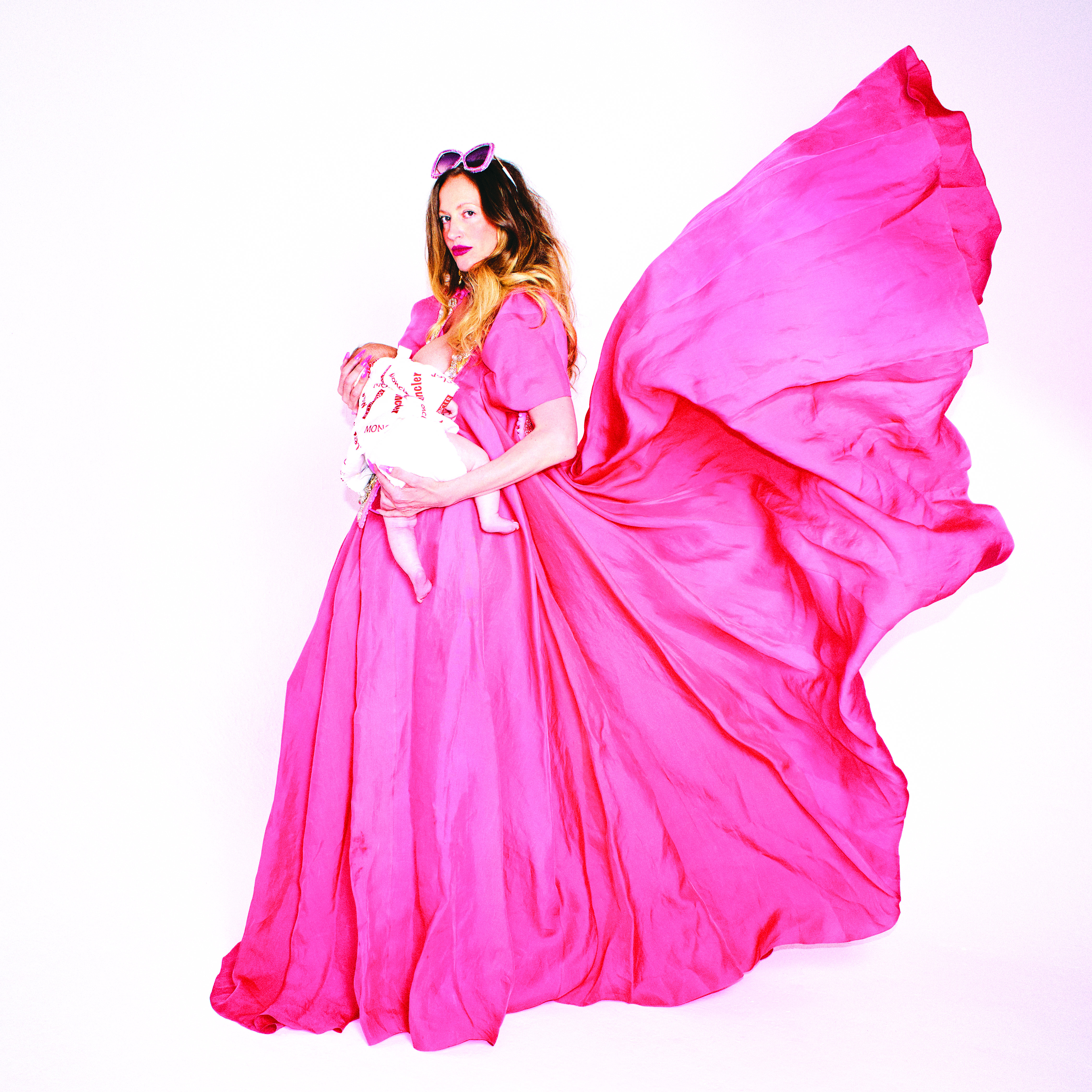 A look from Kim Howells’ breastfeeding shoot for Hunger magazine. The dress is by Roksanda. Image Courtesy of Hunger/Bella Howard

“It was a brilliant opportunity to get mums together, build a community and exchange advice, but most of all I wanted to have fun, turn up the volume and AbFab the whole thing,” said Howells, referring to the over-the-top glamour of the TV series “Absolutely Fabulous.”

Howells, who served as Hunger’s fashion director for five years before setting up her eponymous agency, chose another new mother, Bella Howard, to photograph the women and children. They did it all in a single day, and Howells said the babies (miraculously) were well-behaved.

“There was a wonderful, celebratory energy — people were pleased to be there — and we just flowed with it,” said Howells, who treated the shoot like any other, although she and her team were careful to pull clothes that could slip easily to the side, or off the shoulder.

The babies got the full fashion treatment, too, wearing children’s outfits from labels including Moschino, Dior, Moncler and Stella McCartney.

She dressed the women in looks from designers including Vivienne Westwood, Zandra Rhodes, Alberta Ferretti, Roksanda, Dilara Findikoglu and chose a blue Moncler quilted dress (and giant matching sunglasses) for herself.

The shoot itself is called Tits Up and includes a quote from Dr. Natalie Shenker, cofounder of The Human Milk Foundation charity, which provides screened, donor milk to sick, premature babies in hospitals, and to mothers with cancer and other conditions.

Shenker believes “a movement is forming that brings together voices from every culture, community and class in the U.K. to campaign for better support for women who want to breastfeed their babies.”

The anniversary issue of Hunger features the “Pose” actress MJ Rodriguez on one of its covers, and Jodie Turner-Smith of the film “Queen & Slim” on the other.

Inside, Jodie Comer is in conversation with fellow actor Stephen Graham talking about their new project “Help,” while Kingsley Ben-Adir discusses his BAFTA-nominated role in “One Night In Miami.”

Victoria’s Secret Swaps Angels for ‘What Women Want.’ Will They Buy It? 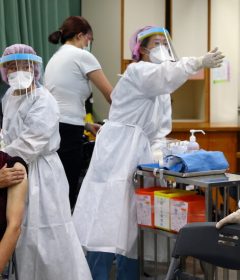 Taiwan Wants German Vaccines. China May Be Standing in Its Way. 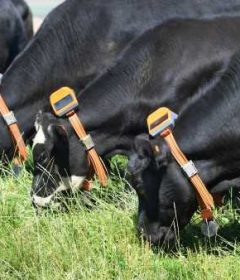