LONDON (Reuters) – World shares nudged higher on Monday, as hopes for progress towards resolving the U.S.-China trade war and a belief that Britain will avoid a disorderly exit from the European Union gave cause for riskier bets. 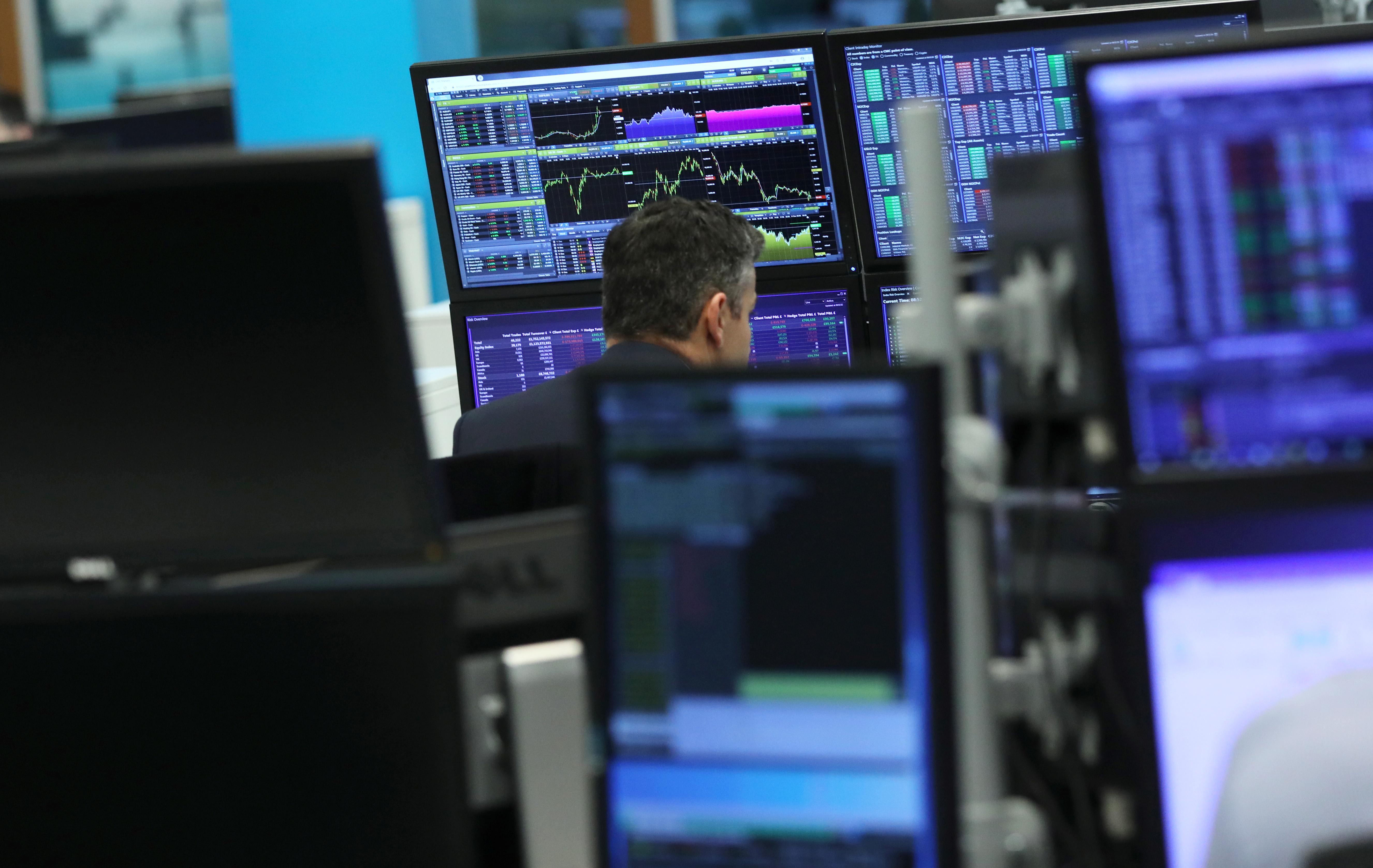 Appetite for riskier assets was also supported as markets judged the chances of a disruptive “no deal” Brexit as lowering, even after Britain’s parliament delayed a vote on Prime Minister Boris Johnson’s deal to exit the EU.

Johnson will seek to put his Brexit deal to a vote on Monday, with the government proposing a debate on the agreement. Parliament was due to open at 1330 GMT.

It was unclear, though, whether parliament’s speaker would allow a vote to go ahead.

Earlier in Asia, investors were boosted by Chinese vice premier Liu He’s comments on Friday that Beijing will collaborate with the United States to address mutual concerns on the trade war.

U.S. President Donald Trump had on Friday also struck an optimistic tone, saying he thought a trade deal would be signed before an Asia-Pacific Economic Cooperation meeting in Chile next month.

“They seem to making progress,” said Jeremy Gatto, an investment manager at Unigestion in Geneva. “But we have seen in past that everything seems to look great and then a couple of days later seems to deteriorate again.”

The 2020 U.S. presidential election was also influencing the talks, investors said, with Trump looking to avoid the possibility of tariffs imposed by China impacting his voting base.

“Trump realises that some of the tariffs that potentially could be implemented towards the end of the year could affect the consumer, which would be bad for the U.S. economy – and obviously bad for him,” Gatto said.

Wall Street futures NQcv1EScv1 were looking positive, too, indicating slim gains of around 0.3%.

Markets were also gearing up for high-profile earnings reports this week from firms including Microsoft (MSFT.O) and Amazon (AMZN.O).

By 0845 GMT, the pound GBP=D3 had surged to $1.301, recovering earlier losses of half a percent against the dollar.

Sterling had by Friday risen by up to 6.5% in seven trading days to a five-month high, underscoring market expectations that either a deal or delay was most likely.

Goldman Sachs said it now sees the chance of a no-deal Brexit reduced to 5%, from 10% previously.

Still, some investors said that sterling’s medium-term prospects were limited, even if no deal is avoided.

“I wouldn’t be too bullish because there is still going to be a huge amount of uncertainty going forward, even if the current deal is agreed,” said Tim Drayson, head of economics at Legal & General Investment Management.

“If this deal does go through, ultimately it is still a relatively hard Brexit – we are out of the customs union – and it is still a deterioration in the UK terms of trade.”

The dollar against a basket of six major currencies .DXY was flat.