LONDON (Reuters) – Stocks in Europe and Asia rose cautiously on Friday after Wall Street ended a volatile session with big gains, but fears of further price swings and worries about U.S. politics kept safe-haven currencies such as the yen and Swiss franc in demand. 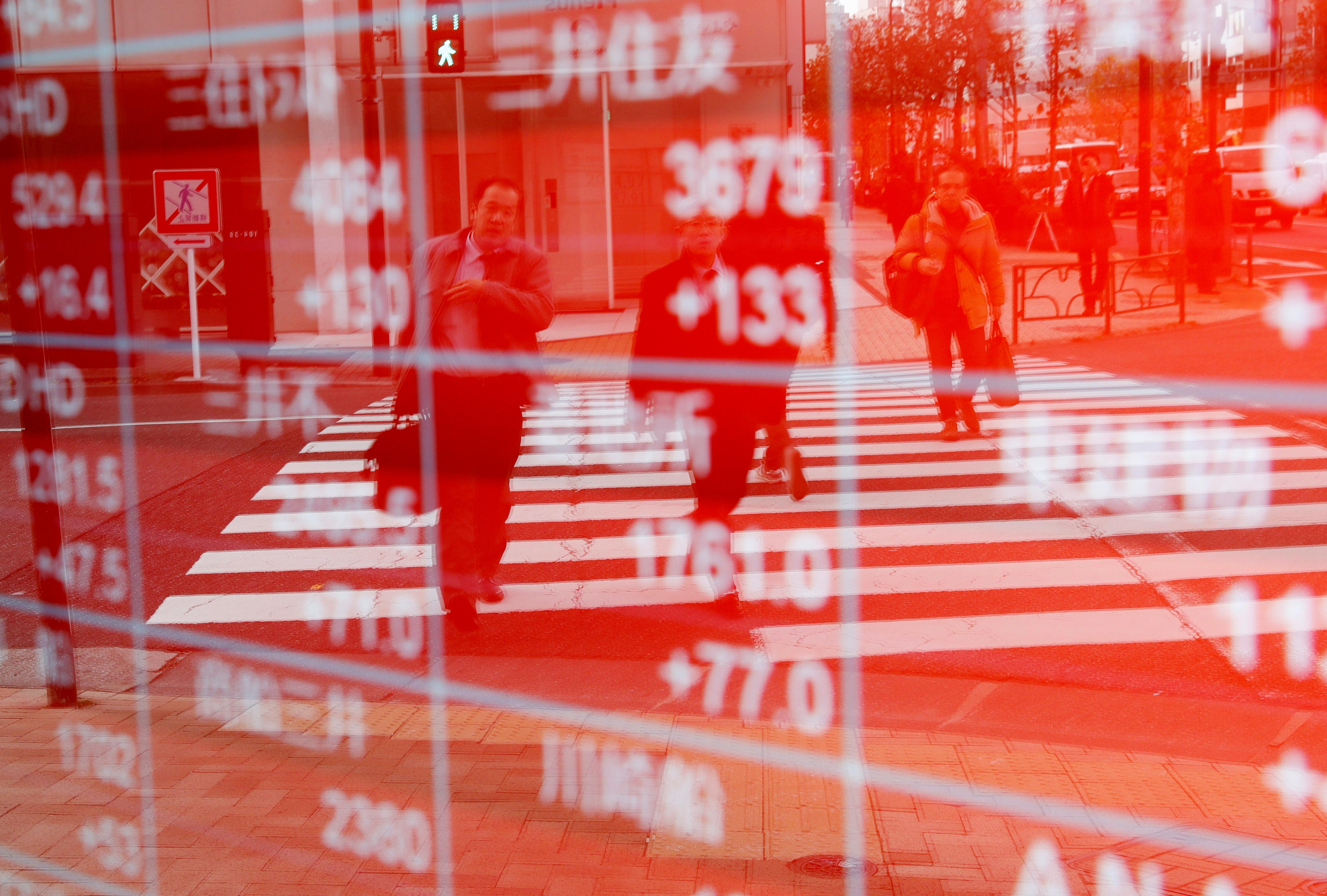 European shares opened in positive territory after Thursday’s 1.7 percent retreat and were up about 1.4 percent at 0920 GMT, with most bourses and sectors in the black.

They have not matched a two-day surge on U.S. indexes that saw the benchmark S&P 500 index gain 5.9 percent, its best performance since late August 2015 when the market was in the midst of a downturn over a slowing Chinese economy.

While Wall Street’s capacity to shake off an initial selloff and post one of its highest daily percentage increases has fueled hope that some of the selling pressure is easing, investors in Europe remained wary.

“The volatility here at year-end is unlikely to be sustained, but without more encouraging signals from Washington, the markets will likely remain treacherous in the New Year,” Marc Chandler at Bannockburn securities told clients.

Volatility in Europe and in the United States has spiked to highs not seen since the sharp global correction in stock markets in February.

The yearly picture for world stocks remains grim, with the MSCI world equity index, which tracks shares in 47 countries, losing close to 12 percent so far in 2018.

While stocks showed signs they might recoup more losses in the year’s final days, lingering doubts about the stability of the market sustained demand for safe-haven currencies.

“Markets are a bit more cautious on risk appetite, with the Japanese yen and the Swiss franc gaining,” said Lee Hardman, an FX strategist at MUFG in London.

“The dollar continues to be soft across the board as volatile stock markets are reducing the relative safe haven appeal for U.S. assets.”

The dollar extended overnight losses and was down 0.55 percent at 110.40 yen and was on track to lose more than 2 percent this month.

Against the Swiss franc, it declined 0.3 percent to 0.9853 francs per dollar after slumping more than 0.8 percent the previous day.

Oil prices rebounded and took back some of the ground lost this week, but remained close to their lowest levels in more than a year as rising U.S. inventories and concern over global economic growth kept markets under pressure.

Spot gold, which has benefited this week from the global market turmoil, was just slightly higher at $1,276.33 an ounce following an ascent to a six-month high of $1,279.06 on Wednesday.

In fixed income, Italian yields rose as investors made space for the last auction of the year.

A strong auction of zero coupon bonds on Thursday led to a mini-rally in Italian government debt as investors saw this is a good omen for today’s up to 5 billion euro bond sale, which caps one of the largest borrowing programs.

The Treasury is hoping the auction will decisively show that Italy has turned a corner after months of volatile trading on the back of fractious talks between Rome and Brussels over its spending plans.