Home » Business » Give or take a trillion: Investors in the dark on Saudi Aramco value

Give or take a trillion: Investors in the dark on Saudi Aramco value

(Reuters) – Saudi Aramco’s blockbuster listing remained shrouded in mystery on Monday, a day after the company finally announced its plans, with scant details disclosed and expert valuations varying wildly from around $1.2 to $2.3 trillion. 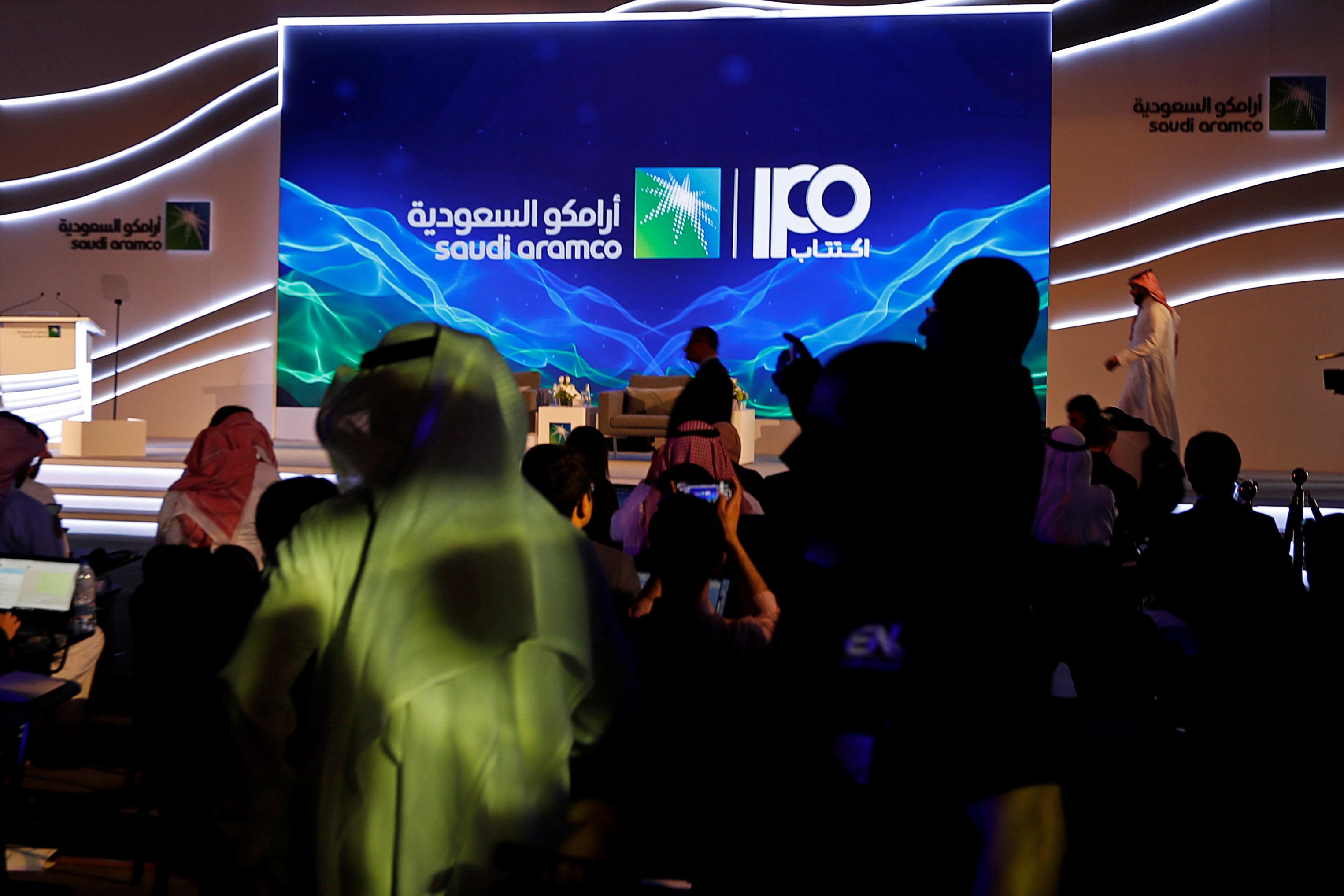 The state oil giant, the world’s most profitable company, fired the starting gun on a domestic initial public offering (IPO) on Sunday after a series of false starts that had kept the investment world guessing.

However potential investors, rattled by a damaging attack on Aramco’s facilities in September, were not given key details usually included in “intention to float” notices – such as how much of the company will be sold, and when the sale will happen.

Now fund managers are poring over bank research about the famously secretive company, but little certainty has been provided even by analysts from the Wall Street giants with roles in the IPO, five investment and banking sources told Reuters.

Crown Prince Mohammed bin Salman has said he wants a $2 trillion valuation, seeking to raise billions of dollars in the IPO to diversify the Saudi economy away from oil by investing in non-energy industries.

That valuation figure is almost twice that of Microsoft MSFT.N, currently the world’s most valuable listed company and seven times that of Exxon Mobil Corp (XOM.N), the biggest listed oil major by market cap.

Analysts from banks working on the Riyadh bourse listing have met with Aramco’s management in Dhahran over the past month to get more information on the company, but their valuations of the company still vary by around $1 trillion.

Bank of America Merrill Lynch has a range of $1.2 trillion to $2.3 trillion while EFG Hermes says $1.55 trillion to $2.1 trillion, according to two fund managers who have seen the research reports.

Goldman Sachs – one of the IPO coordinators – has put the company’s valuation between $1.6 trillion and $2.3 trillion, two separate sources said. Credit Suisse’s research offers a similarly wide range in value, one of the fund managers said.

A major factor in the wide range is the various assumptions analysts are making for the future direction of oil prices, said a source familiar with the deal.

Sources have told Reuters that Aramco could offer 1%-2% of its shares, raising as much as $20 billion to $40 billion. A deal over $25 billion would top the record-breaking IPO of Chinese e-commerce giant Alibaba (BABA.N) in 2014.

Aramco Chairman Yasir al-Rumayyan said a decision on an international listing would be made in the future.

Two bankers working on the deal estimated around 80% of shares would be sold to local retail and institutional investors, with about 20% likely to go to international buyers.

Having a large domestic investor base is expected to make it easier to achieve a higher valuation. Three sources familiar with the matter told Reuters that a government committee had been securing pre-sale commitments from wealthy Saudis, while retail investors were being offered cheap credit.

Aramco did provide investors with some extra financial information on Sunday and Monday, including its detailed nine-month earnings, which showed net income fell to $68.2 billion by the end of September 30, down from $83.1 billion a year earlier.

The Saudi Arabian Oil Company, to give its full name, did not give any reason for the fall in earnings, but it likely reflects lower oil prices.

Its net income for the third quarter of 2019 amounted to $21.1 billion, according to Reuters calculations. By contrast, Exxon Mobil’s income for the same period was just over $3 billion.

Aramco said it did not expect the Sept. 14 attacks on its facilities, which initially halved its production, would have a material impact on its business.

The analysts’ roadshow for Aramco, where analysts from banks working on the IPO speak to investors, began in the Middle East on Sunday and will run for a fortnight and will involve 26 to 27 analysts across the world, a source familiar with the deal said.

Roadshows involving senior management will begin after analysts’ meetings while pricing is likely to be announced around Nov. 28, the source added.

Legal & General Investment Management, one of Britain’s biggest asset managers, has not yet decided whether to invest in Aramco, its chief investment officer Sonja Laud told the Reuters Global Investment Outlook Summit on Monday. She added “concerns from a corporate governance viewpoint are well-flagged”.

The close relationship between the crown prince and new Aramco chairman Rumayyan, who also heads the kingdom’s sovereign wealth fund, was a governance concern for some investors, sources have previously said.

The wealth fund will use the proceeds of the IPO to deliver on the prince’s ambitious domestic and economic reforms.

Among other expert valuations for Aramco, Bernstein analysts estimate “a fair value range” is $1.2 trillion to $1.5 trillion.

Others were more conservative.

“Our view is that an aspirational $2 trillion valuation is extremely high from a fundamentals perspective,” Kapadia said. 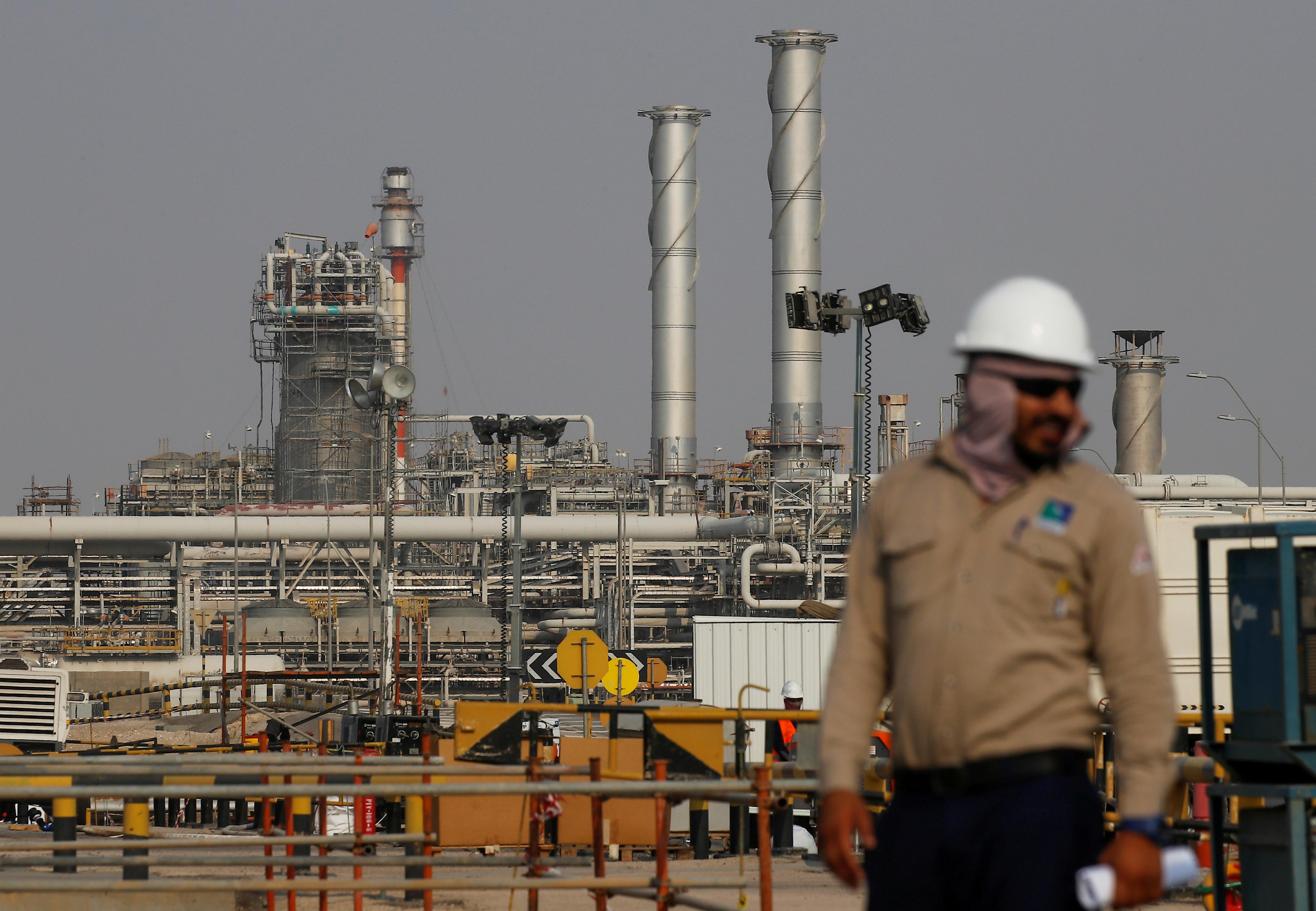