MILAN (Reuters) – When John Elkann lost his ally last year with the sudden death of Sergio Marchionne, some questioned whether the softly-spoken scion of the Agnelli clan would be able to emerge from his shadow to ensure Fiat Chrysler’s future. 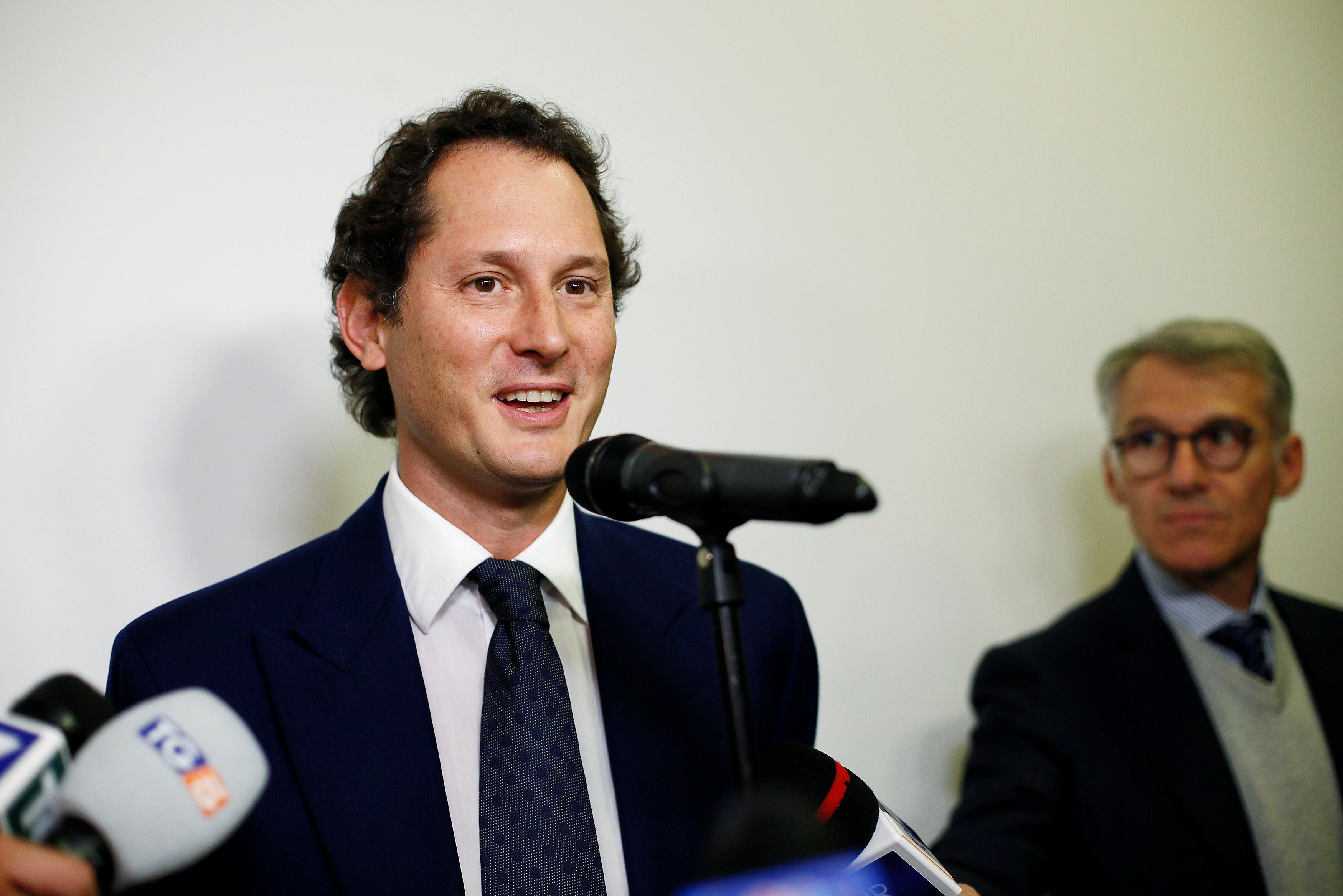 But New York-born Elkann, who became Fiat chairman in 2010, acted decisively to fill the vacuum left by the larger-than-life Marchionne and get closer to the big merger deal the legendary executive was unable to deliver.

At just 28 Elkann was thrust into the role of Fiat vice-chairman after the deaths of his grandfather and great-uncle “because there was really nobody else” to take the wheel.

For Elkann, who got his first taste of the car industry as an intern at a factory producing headlights in Birmingham, England, the first 18 months with responsibility for the family-owned carmaker and its long heritage were “terrible”.

But from that low point, Elkann, 43, is now trying to merge Fiat Chrysler (FCA) with French rival Renault to form the world’s third largest carmaker and tackle new challenges facing the industry.

Elkann will become chairman of the merged FCA-Renault if the deal goes ahead, ensuring the Agnelli dynasty plays a central role in the next chapter of automotive history.

At an event in Milan on Monday, the usually-shy Elkann looked happy and confident.

His first big break came with an instrumental role in persuading Marchionne, who was running one of the businesses owned by the Agnelli family, to become chief executive in 2004 and give Fiat “a new start”, Elkann said in a “Masters of Scale” podcast last year.

Fiat was at the time almost on the brink of collapse.

This involved a “very long night … and many grappas” but proved to be a turning point in the fortunes of the Italian company founded by Elkann’s great-great-grandfather Giovanni Agnelli, which built its first car in 1899.

In 2005, Elkann backed Marchionne in negotiating the breakup of an alliance Fiat had entered into with General Motors in 2000, receiving $2 billion from GM in return for cancelling a deal that could have required GM to buy the remainder of Fiat Auto.

Marchionne then used GM’s money to fund a turnaround at Fiat, which involved taking the Italian carmaker into a transformation alliance and then full-blown merger with U.S. automaker Chrysler as Elkann agreed to the Agnellis loosening their grip.

If Elkann can deliver a deal with Renault – which will net the Agnellis about 725 million euros ($811 million) in a dividend payout – it will be partly thanks to his pick of new CEO.

Michael Manley was probably was not the obvious choice, but the transition to the post-Marchionne era has been smooth with no tensions or rivalries within the family or the FCA group.

The focus has been very much on the future as FCA, like its rivals, grapples with the challenges posed for the car making industry by fast-changing technology and regulation.

Elkann, who is also Chairman and CEO of the Agnelli holding company EXOR, appears to be taking a leaf out of his great-great-grandfather’s book.

“We must always look to the future. Foresee the future of new inventions. Be unafraid of the new. Delete from our vocabulary the word ‘impossible’,” Elkann quotes the Fiat founder’s mantra as being.

Elkann, whose French is better than his Italian, spent seven years at a lycee in France before studying Engineering at Politecnico, the Engineering University of Turin. He has often been portrayed more as a financier who has moved key elements of Fiat away from Italy.

His efforts to keep Fiat on the road, however, have not been rewarded with the popularity his grandfather, known as “L’Avvocato”, enjoyed even though he has maintained the family’s involvement with soccer club Juventus and chairs the Giovanni Agnelli Foundation.

Elkann has transformed EXOR’s portfolio during his time in the driving seat of the family empire. He diversified into insurance – winning a bitter $6.9 billion takeover battle for Bermuda reinsurer PartnerRe in 2015 – and into media assets through The Economist magazine.

Elkann, an admirer of Warren Buffett, also listed Juventus on the stock exchange, turning a hobby of Elkann’s grandfather into a serious business.

During his watch, Fiat has also spun off Ferrari and truckmaker CHNI, in line with his philosophy that companies need to adapt to survive in the long-run. EXOR is still the top shareholder in both companies. 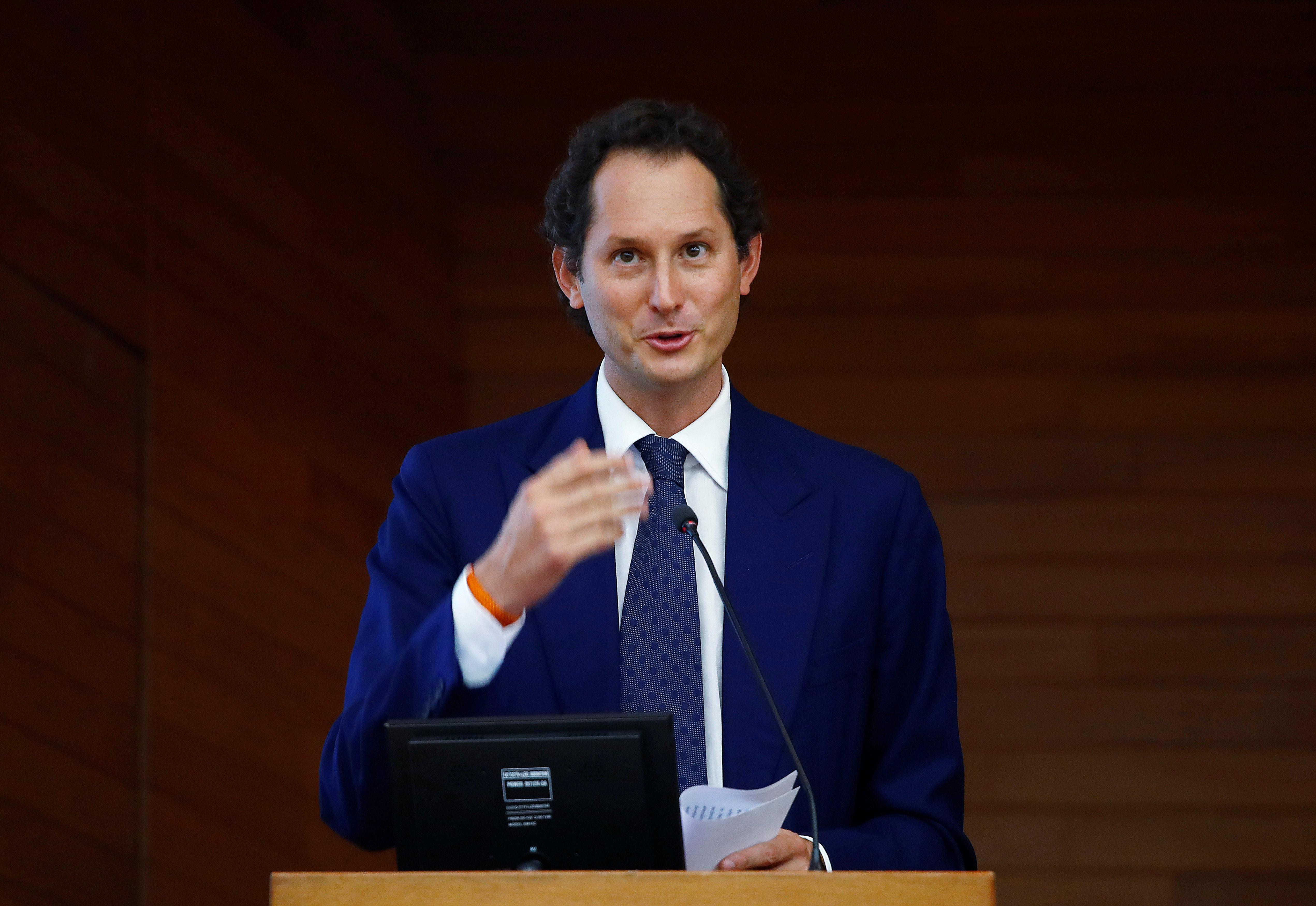 After all these changes, Elkann is now at the top of a family empire less exposed to the cyclical and rapidly-changing auto industry yet with a potentially key role, with a stake of just below 15 percent, in a leading global carmaker.

This will mean Elkann has delivered on his promise of upholding the Agnelli family’s pledge to the auto industry, which still employs thousands of workers in Italy, while at the same time bringing taking FCA onto a new stage.

And if he can keep to FCA’s pledge not to shut plants, Elkann might yet become an Italian legend like his forebears.