LONDON (Reuters) – World shares climbed back toward record highs and safe-haven bonds tumbled on Tuesday, as hopes that Washington may roll back some of the tariffs it has imposed on Chinese imports rekindled optimism about the global economic outlook. 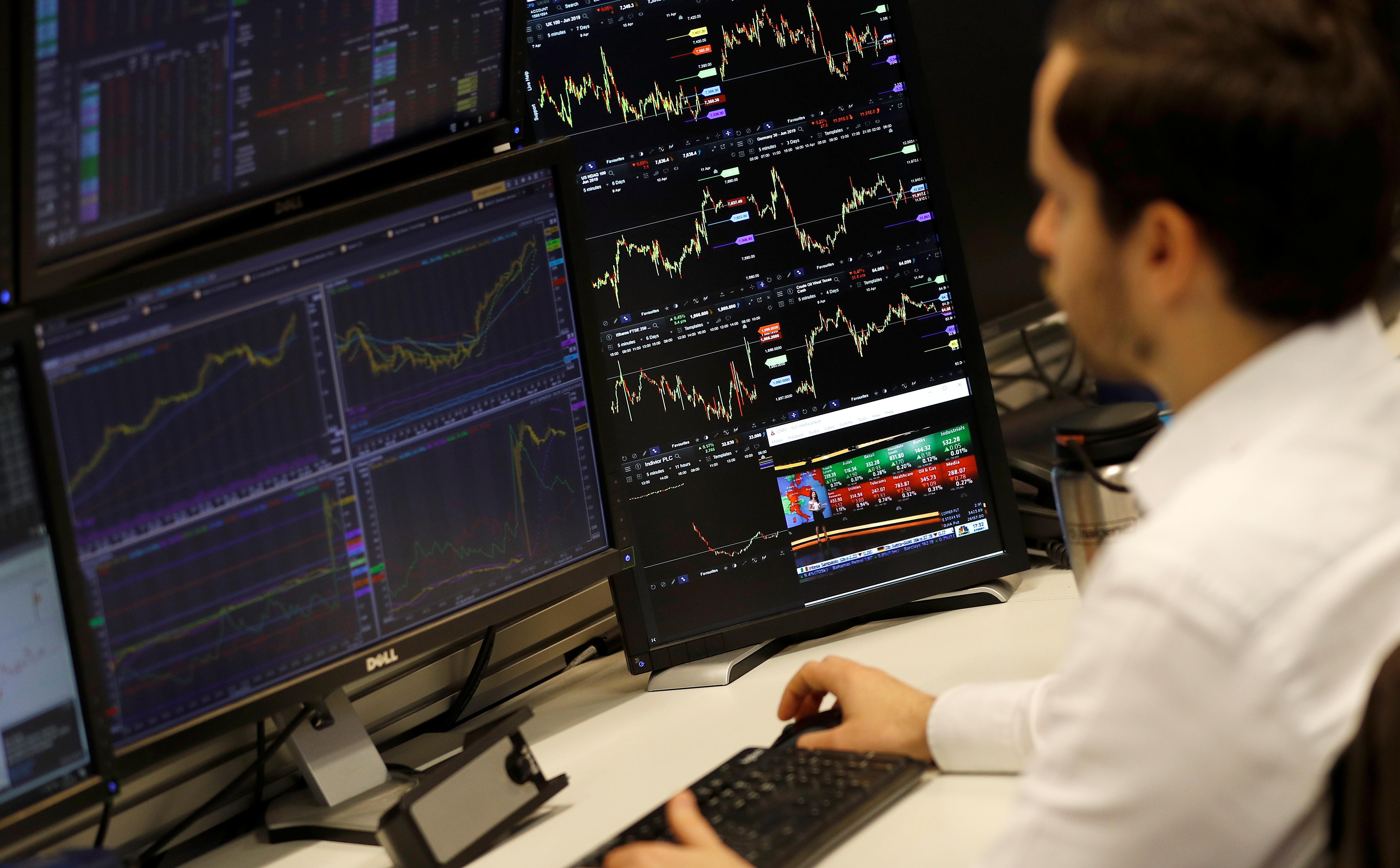 Europe had galloped to a 21-month high on Monday before retreating on Tuesday. Asia had raced to its highest since May. China’s yuan climbed beyond 7 per dollar for the first time since August.

Hopes of a trade truce between the United States and China this month fueled the optimism, with some more details being filled in on what’s expected to be a “phase one” agreement.

As part of this agreement, China is pushing U.S. President Donald Trump to remove more tariffs imposed in September, according to reports. Beijing and Washington spoke of progress in the talks and U.S. Commerce Secretary Wilbur Ross said licenses for U.S. companies to sell components to China’s telecoms giant Huawei will come “very shortly”.

“The big picture is that everyone is now setting themselves up for the strong rebound case (for the global economy),” said Peter Garnry, Saxo Bank’s head of global equities. “And with the flood gates open for monetary policy, assets are just flying, especially equities.”

Global readings of the October manufacturing business surveys showed the aggregate ticked up for the third month in a row last month to show an expansion in factory activity.

Forward-looking indicators from the survey, such as the new- orders component, moved into positive territory for the first time since April, according to JPMorgan.

It all helped ease concern about the recession risks facing the global economy, sparking a selloff across the major bond markets that nervy investors huddled into when worry levels spiked earlier in the year.

In Europe, 10-year yields on safe-haven German Bunds also climbed to their highest since July DE10YT=RR. French yields were close to breaking back into positive territory.

In price terms, Germany’s 10-year bond has now lost just over 4 percent of its value since early September.

“The markets are adjusting to stronger phase in the cycle, I would say,” said SEB investment management’s global head of asset allocation, Hans Peterson. “I’m just frustrated because I don’t have enough equities.”

In Asia, the mood was also helped by the People’s Bank of China cut in its a medium-term lending rate, the first since early 2016. It was only a token 5 basis points to 3.25%, but it underscored Beijing’s ongoing desire to support its economy.

MSCI’s broadest index of Asia-Pacific shares outside Japan .MIAPJ0000PUS gained 0.6% to reach levels last seen in early May. It was led by gains in Chinese shares .CSI300, which jumped as much as 1.3% to their highest since late April.

Taiwanese shares .TWII gained 0.75% to near three-decade highs and Japan’s Nikkei .N225 rose 1.75% to a one-year peak after a market holiday on Monday.

That followed record closing highs for the U.S. S&P 500, Dow Jones and Nasdaq and after the Financial Times had reported that the U.S was considering rolling back levies on $112 billion of Chinese imports, which were introduced at a 15% rate on Sept. 1.

China is pushing U.S. President Donald Trump to remove more tariffs as part of a U.S.-China trade deal, expected to be signed later this month, people familiar with the negotiations said on Monday.

“There may have been some expectations that the U.S. may postpone the remaining tariffs, which are due to kick in on Dec. 15. But if it goes further by rolling back existing tariffs, that would not only benefit the economy but would also make the truce seem more permanent,” said Yukino Yamada, senior strategist at Daiwa Securities.

The next focus on the U.S. economic front is a U.S. non-manufacturing survey due later on Tuesday, with economists expecting a rebound in business sentiment from a three-year low.

Trade optimism pushed the Chinese yuan to its highest levels since mid-August, after the onshore yuan posted its strongest close since Aug. 2. CNY=CFXS.

Oil prices gained, staying near their highest since late September, buoyed by an improved outlook for crude demand as better-than-expected U.S. jobs growth added to the hopes for a U.S.-China trade deal.