Home » Business » As Art Collections Grow, So Do the Places That Stash Them

As Art Collections Grow, So Do the Places That Stash Them

Art sales are climbing worldwide, according to a report on the art market, rising to $63.7 billion in 2017. Which raises the question: Where are people putting all that art?

As a result, storage companies are scrambling to keep up with the growth by expanding their facilities and offering more services to meet demand as collectors and galleries run out of room.

The global art report, from the international art fair Art Basel and the Swiss investment bank UBS, showed that sales were 12 percent higher last year than in 2016. The United States was the largest market, with 42 percent of sales by value. That’s good news for Uovo, which provides concierge storage services in New York for art, fashion and other collections. 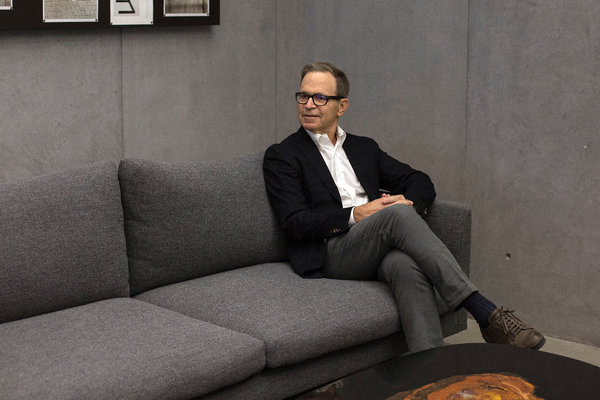 In the three years that Uovo has been in business, it has expanded from one 280,000-square-foot site in Long Island City, Queens, to two more in Rockland County for a total of 520,000 square feet. A fourth facility, being built in the Bushwick neighborhood of Brooklyn, will add 150,000 square feet.

Crozier Fine Arts, a New York competitor, has also grown, from 280,000 square feet in 2009 to 1.2 million, and is likely to reach two million within five years, according to the company’s president, Simon Hornby.

The growth in art storage can be attributed not only to the expanding art market but also to the increasing size of contemporary works of art, some of which may be multimedia installations filling auditorium-size rooms. Contemporary art makes up 75 percent of the objects stored at Crozier and half of the items warehoused at Uovo.

One 50-foot-tall contemporary sculpture at Delaware Freeport, an art storage site and foreign trade zone in Newark, Del., had numerous parts and took up 5,000 square feet, according to Fritz Dietl, the company’s founder and president. Before the work was recently put on tour in Europe, it had been in storage for two years.

“Bigger art galleries have become Jurassic-sized,” said Mr. Levin, who added that all of his clients had some percentage of their collections in storage. “They are working with artists who are working on a larger scale, which I call the art fair dynamic.”

“That’s happened with me,” said Steven Guttman, the founder and chairman of Uovo, who is also a noted collector of contemporary art. A client mentions something that Mr. Guttman likes, “and I buy it from him and put it in my room.”

Some artworks at the Geneva Freeport in Switzerland, a combination foreign trade zone and fine art storage facility, “have transacted four or five times without ever leaving the building,” said Evan Beard, who heads the art services group at U.S. Trust.

Art handlers are allowed open up a crate and put it in a viewing room at the site for an interested buyer. But the contents of the crates are unknown to the operators and staff of the storage facilities; they have no lists of which artworks are there, how much they are worth, or whether they are authentic or fakes or stolen.

“I have a sneaking suspicion that in some of these storage units, one would find a number of stolen and looted objects,” said Robert K. Wittman, a former F.B.I. investigator of stolen artworks who now works privately as an art security consultant.

All of the objects stored at these facilities are insured by their owners, and insurance companies “are not required to report to the F.B.I. or to Interpol” if a policyholder is insuring a stolen object, Mr. Wittman said. “They have no law enforcement purview,” he added.

But insurers do have a say in how many pieces of art are stored in one site, a factor in the growth in the number of art storage facilities.

“An insurance company may find itself out of capacity at a particular storage site where there is several billion dollars in insured art at the location,” said Steven Pincus, who leads the national fine art practice at DeWitt Stern, a Manhattan-based insurance brokerage firm. In those situations, the insurer may tell the policyholder to place some artworks at another site “to solve the aggregation problem by spreading the risk to different locations,” he said.

Short- and long-term art storage solves a variety of problems. Collectors who are having their homes remodeled or who are purchasing artworks for a home yet to be built may store objects while awaiting completion. Or they may just rotate works on display in their home with items in storage. People who live in a home only part of the year may store art from the house when it’s vacant for safekeeping.

Those living in areas that have a high probability of natural disasters may put their valuables in storage during the seasons when those events are most prevalent.

“As collectors get older and start to downsize, storage is an obvious solution,” said Sique Spence, director of New York’s Nancy Hoffman Gallery.

Thomas Burns, chief operations officer of the Fortress, an art storage company with facilities in Boston, Miami and New York, said more foreign nationals were becoming clients. Some of them, he added, may be parking “movable assets, such as art, in U.S. storage facilities” when there is political or economic instability in their home countries.

Accidents happen, but not that often. A fire at Momart’s east London warehouse in 2004 destroyed hundreds of works by such noted artists as Tracey Emin, Damien Hirst and Chris Ofili. A fire at Artex’s warehouse in Dedham, Mass., in 2005 destroyed and damaged many pieces. In 2004, Fine Art Logistics, a storage company in London, mistakenly left out for trash a 1984 sculpture by Anish Kapoor.

Crozier has “a rigorous art handler training program and best-in-class operating systems, which directly contribute to a very low number of cases where clients’ property is adversely affected while being handled,” Milena Sales, a spokeswoman for the company, said.

But in the end, storage provides an easy solution to a modern problem: what to do with all the high-priced stuff collectors have been accumulating.

Art collecting, which suggests a personal vision of art expressed in a stockpiling of works that reflect certain themes or interests, has morphed into art investing, which keeps pieces tucked away, in crates, until they have appreciated in value and then may be displayed and sold.

“Sophisticated buyers get no pleasure from something in a crate in a facility,” said Thomas C. Danziger, an art lawyer in New York. Still, he added, “no one buys a seven-figure work of art just for pleasure.”