Home » Australasia » In Australia, Births of Tasmanian Devils Are a Milestone After 3,000 Years

In Australia, Births of Tasmanian Devils Are a Milestone After 3,000 Years

MELBOURNE, Australia — Pink, hairless, deaf and blind, the roughly month-old joeys were but the size of a shelled peanut.

Yet they were a momentous discovery for the conservationists who had set off across a dense eucalyptus forest in the dawn mist in hopes of finding them. About 3,000 years after Tasmanian devils were wiped out on the Australian mainland, seven babies were born earlier this month on the continent in their natural terrain.

“It was very moving,” said Tim Faulkner, the president of Aussie Ark, the conservation group that has been leading attempts to re-establish populations of the devils, long after they were eliminated on the mainland, most likely by wild Australian dogs, known as dingoes.

Like the devils themselves, Mr. Faulkner said, the project is still in its infancy. It remains unclear how the animals would fare outside the fenced 1,000-acre wildlife preserve where they were born. But, he added, the first step was for the devils “to breed and survive, and they did.”

The baby devils, found in their mothers’ pouches, are a promising sign as conservationists contend with a steep decline in the animals’ numbers in the only place where they exist in the wild: the island of Tasmania, south of mainland Australia.

Devils there are being ravaged by a contagious facial cancer that has slashed the population by more than 90 percent. “It’s really aggressive,” Mr. Faulkner said. “Their future is really uncertain.”

For decades, scientists have been trying to save the devils by developing vaccines, studying genetic variations that make some of the animals resilient to the cancer, and trying to breed a population of uninfected creatures on the mainland.

If the devils were ever to take root again on mainland Australia, the benefits could go beyond rescuing the endangered animals. Conservationists say there is evidence that the Tasmanian devil, a carnivorous marsupial with a powerful bite, is effective at reducing feral cats and perhaps even foxes, both of which have decimated Australia’s native flora and fauna. 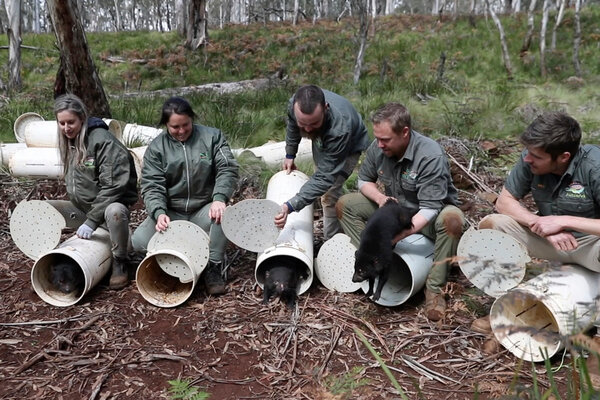 Since 2006, Mr. Faulkner and his team have been relocating uninfected devils from Tasmania to New South Wales, where they run a conservation center and sanctuary that is home to more than 150 of the animals.

Late last year, they released 26 devils, male and female, into the sanctuary, with a goal of eventually allowing the animals to roam completely free. The organization does not give food or water to the animals, Mr. Faulkner said, simulating a natural environment — minus the danger of dingoes.

Earlier this month, they checked the pouches of two of the released female devils and found the seven babies. Tasmanian devils are born after only a 21-day gestation period, and they are initially blind and no larger than a grain of rice.

While the births were an important breakthrough, some scientists cautioned that breeding the animals in close-to-wild conditions was a far cry from having them survive in unfenced areas where they were at risk of becoming prey or roadkill.

“Maintaining a thriving population of devils in the wild is everyone’s goal,” said Andrew Flies, an immunologist at the University of Tasmania who is developing a vaccine to protect Tasmanian devils against cancer. But, he added, “if you take the fences away, the devils might not do so well.”

Hamish McCallum, a disease ecologist and Tasmanian devil expert at Griffith University in Queensland, said the real test would be whether the baby devils could survive into adulthood, when they were more likely to become prey for other larger mammals.

He added that even if the devils were able to survive in the wild, conservationists might face pushback from farmers, some of whom in Tasmania have claimed that the native animals are killing their lambs.

“They’re not genuinely in the wild because they’re behind a fence,” he said. “It's a small step in the right direction, but it’s only an initial small step.” 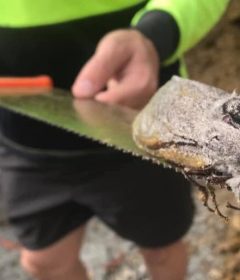 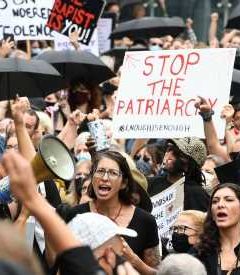