LONDON (Reuters) – British retail sales surged past their pre-coronavirus level in July, the first full month that shops selling non-essential goods were open since the country went into lockdown in March. 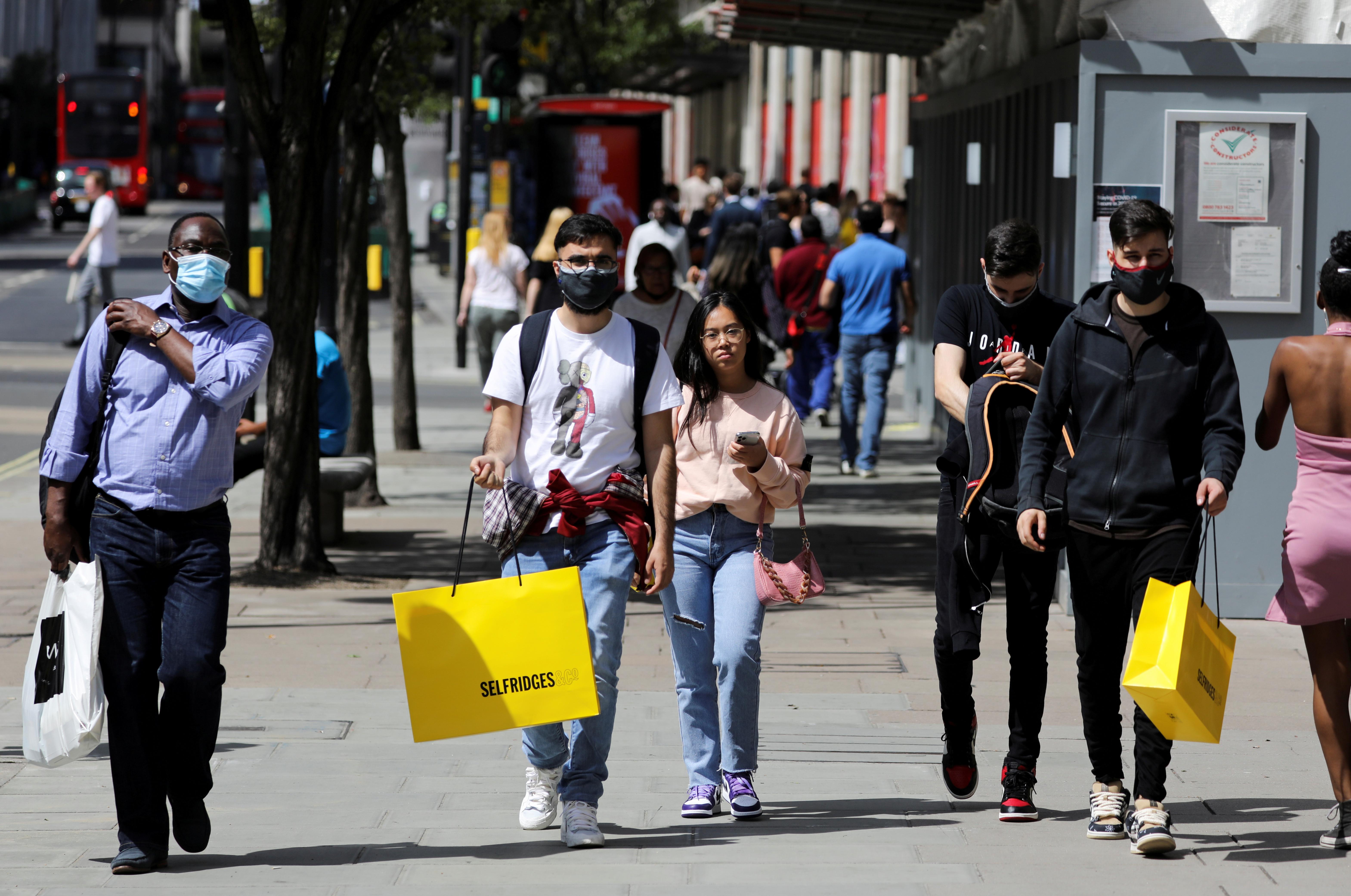 Separate government borrowing data showed public debt rose above 2 trillion pounds ($2.65 trillion) in July for the first time and reached 100.5% of gross domestic product – its highest as a share of GDP since 1961.

The unexpectedly robust retail sales figures showed the strength of consumer demand even as other parts of the economy are struggling to recover from recent hefty losses.

Retail sales volumes rose by 3.6% from June – above all forecasts in a Reuters poll of economists – and were 1.4% higher than in July 2019, the Office for National Statistics said.

That represented a sharp recovery from double-digit falls in April and May.

Compared with February, before Britain was broadly affected by the pandemic, sales were 3.0% higher.

“This uptick in retail consumption may help ease concerns over the fragility of the UK economy – but not for long,” Alistair McQueen, head of savings and retirement at Aviva, said.

Britain’s retail sector has enjoyed a much faster bounce back than almost all other parts of the economy hit by the coronavirus lockdown. But there have been contrasting experiences for different types of retailer.

Supermarkets and other food shops have benefited as British people eat at home more. Online sales have boomed, and household goods stores have seen strong demand.

Other areas have suffered, with clothing and footwear sales still 25% down on a year ago.

Restaurants and bars began to reopen in July, giving people more options for their spending.

Furthermore, unemployment is forecast to rise sharply once a government job support scheme stops at the end of October.

Emergency state spending and a shortfall in tax revenue look set to increase borrowing this year to a record 322 billion pounds, the government’s budget forecasters say.

Borrowing in July alone was the lowest since the start of the pandemic at 26.7 billion pounds. July is a month when tax receipts typically boost the public finances.

Finance minister Rishi Sunak has indicated that some taxes will need to rise over the medium term.

“Today’s figures are a stark reminder that we must return our public finances to a sustainable footing over time, which will require taking difficult decisions,” he said.