UK economy shrank by a quarter in depths of lockdown

LONDON (Reuters) – Britain’s economy shrank by a quarter in the March-April period as entire sectors were shuttered by the coronavirus lockdown, reaching what looks likely to be the bottom of a “catastrophic” crash before a long and slow recovery.

In a slump dwarfing previous downturns, the economy contracted by 20.4% in April from March, when it shrank by nearly 6%. It was 24.5% smaller than in April 2019.

Both readings were below the unprecedentedly weak forecasts in a Reuters poll of economists. The Office for National Statistics said the economy had shrunk back to its size in 2002.

“This is catastrophic, literally on a scale never seen before in history,” Paul Johnson, director of the Institute for Fiscal Studies think tank, said. “The real issue is what happens next.”

Finance minister Rishi Sunak said: “In line with many other economies around the world, coronavirus is having a severe impact on our economy.”

However, the Organisation for Economic Co-operation and Development says Britain – with its huge services industries which are hit hard by social distancing measures – could suffer the worst downturn among the countries it covers, with an 11.5% contraction this year.

Sunak said the 133 billion pounds ($168 billion) of extra spending and tax cuts he has rushed out meant Britain had “the best chance of recovering quickly as the economy reopens”.

Much of Britain’s retail sector is due to open its doors next week and the government last month urged people who could not do their jobs at home to return to work as lockdown restrictions are gradually lifted.

Bank of England Governor Andrew Bailey – who has warned of the deepest recession in three centuries this year – said on Wednesday he could see some signs of a recovery but long-term economic damage remained likely.

The BoE is expected to announce a fresh increase of at least 100 billion pounds in its bond-buying firepower next week.

Johnson of the IFS told Sky News the hit might be short, if the roughly one third of private sector employees who are temporarily laid off can return to work, consumers go out and spend again and Britain avoids a second COVID-19 wave.

But it was more likely that unemployment jumps as the government’s wage subsidy scheme ends in October, pushing many workers over an income cliff, and Britain limps into 2021 with the risk of a Brexit shock also on the horizon, he said.

Britain formally left the European Union at the end of January but little has yet changed in its relationship with the bloc during a transition period which lasts for the rest of the year. Talks on a comprehensive future relationship deal have hardly progressed since February.

The ONS said output in the dominant services sector fell by 19.0% in April from March while manufacturing was down more than 24% and construction crashed by nearly half. 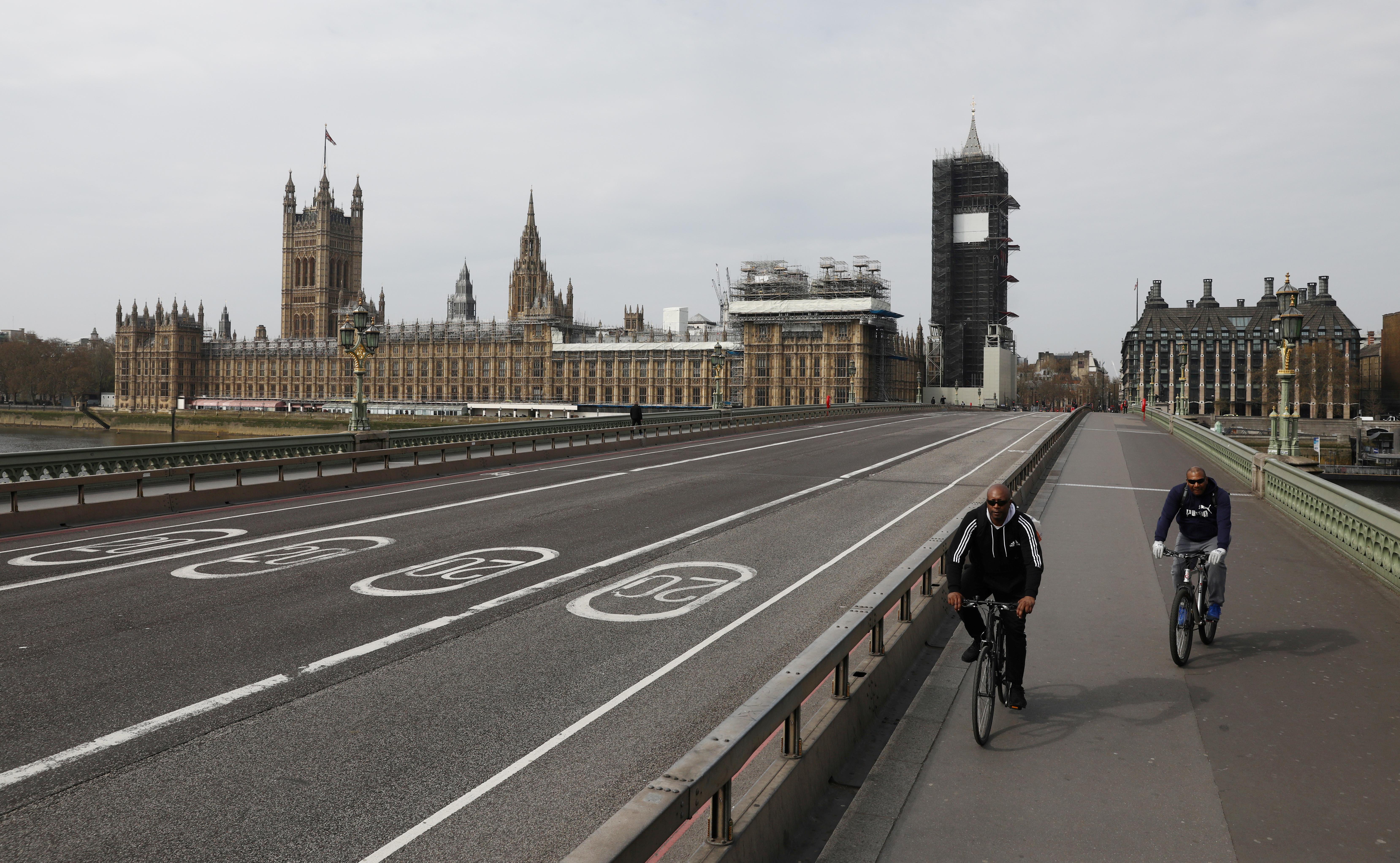 In the three months to April, the overall economy contracted by 10.4% from the previous three-month period.