Fourteen rockets were fired into central Kabul as the country marked the 101st anniversary of its independence. 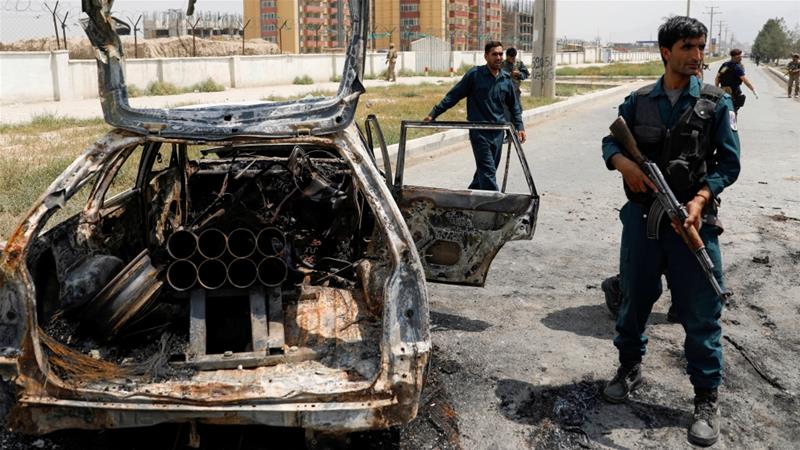 Fourteen rockets were fired into central Kabul on Tuesday as the country marked the 101st anniversary of its independence, one of the missiles slamming into the compound of Arg presidential palace.

Interior ministry spokesman Tariq Arian on Wednesday said three people, including two government employees, had been killed in the attack.

He did not specify who the employees were, but two palace officials told AFP, on condition of anonymity, that they had been members of Ghani’s honour guard.

Another six honour guard members were wounded when the rocket hit the palace compound shortly after Ghani had wrapped up his ceremonial duties.

Arg Palace is located in a highly fortified area of the capital that also houses several embassies.

Arian said 16 other people were wounded in the rocket salvo, including four children and a woman.

No group has so far claimed the attack, which came as the Afghan government and the Taliban are poised to begin peace talks.

Ghani’s swearing-in ceremony on March 9 was also interrupted by rocket fire near the palace. No serious injuries were reported at the time.

In August 2018, multiple rockets were fired in Kabul, including at the presidential palace, where Ghani was making a speech. The ISIL group claimed responsibility.