Home » Asia » The beach strewn with needles and blood

The beach strewn with needles and blood 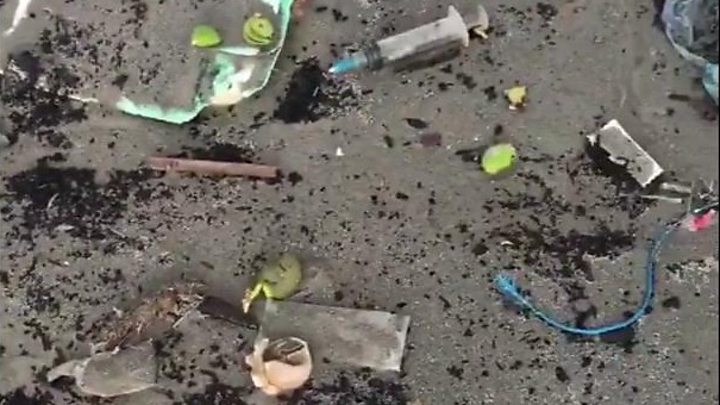 It should have been a relaxing morning walk along one of Pakistan’s most beloved beaches.

Instead, it became a race against time to prevent anyone being seriously hurt by the used syringes, vials of blood and other medical waste carpeting the shoreline.

“My first response was that I had to protect the people who go down to the beach,” Shaniera Akram told the BBC. “It was very shocking.”

Clifton Beach, in the southern city of Karachi, is a favourite with local residents. But following heavy rains, four of five kilometres of its usually golden sands had become covered in rubbish, with the hazardous medical waste hidden in between plastic bags.

“I have walked on the beach every day for the last four years and I have never been scared until today,” she tweeted as she shared pictures taken along the shore on Tuesday morning.

Within the space of 10 minutes, she added, she had counted “more than four dozen” syringes on the sand: “Clifton Beach, at this moment, is extremely dangerous and needs to be shut down.”

“It was like a hospital had washed up on our beach,” the Australian-born mother-of-three told the BBC. “This is the first time in my time here that I have heard of something like this.”

Indeed, by all accounts, the medical waste’s appearance is highly unusual. But Karachi – a city of more than 14 million people – has been struggling with accumulating waste for some time.

According to Dawn newspaper, about a third of the 13,000 tonnes of rubbish thrown out by the city’s residents every day ends up in the drains.

Another report, this time by news channel Al Jazeera, pointed to rubbish dumps near the city where waste was piled “several storeys high”, while also showing how open sewers were flowing underneath a carpet of rubbish into the Arabian Sea – the same sea which laps Clifton Beach.

Jamil Ahmed Khan, parliamentary secretary for maritime affairs, went as far as to admit to Al Jazeera that the provincial government had “failed” to deal with the issue over the past decade.

But the medical waste is particularly shocking to Mohammad Moazzam Khan, who works as a technical adviser for the World Wildlife Fund.

“This has never happened before,” Mr Khan said. “More than 20 years ago, when awareness about environment was not widespread, it wasn’t unusual to find hospital waste dumped on general waste dumping spots.

“But then there were increasing controls, and hospital waste dumping got more organised.”

Exactly where the medical waste strewn along Clifton Beach originated is unclear. Officials told the BBC that they did not know its origin. But Mr Khan believes he knows how it ended up there.

“It looks like the waste found on the beach basically came from such a dump which got washed into the sea due to the extraordinarily heavy rains that have hit Karachi during the last couple of weeks,” he told the BBC.

At least for now, though, the medical waste on Clifton Beach is being properly dealt with. Officials in the city cordoned off the affected areas within hours of Mrs Akram’s call for help on Twitter.

But she is hoping the shocking images – and the shocked response they elicited from her fellow Karachi residents – will prompt the authorities to act.

“People here have been in a state of fight or flight for many years, and we have missed out on this people in the west take for granted – things like waste management,” she said.

“But we are getting there, one problem at a time. I am glad that I got the response that I did. I hope this becomes something positive. It’s all just coming together – people are trying.” 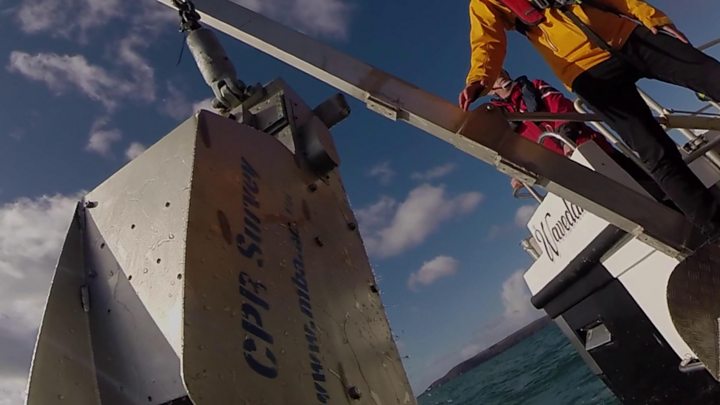