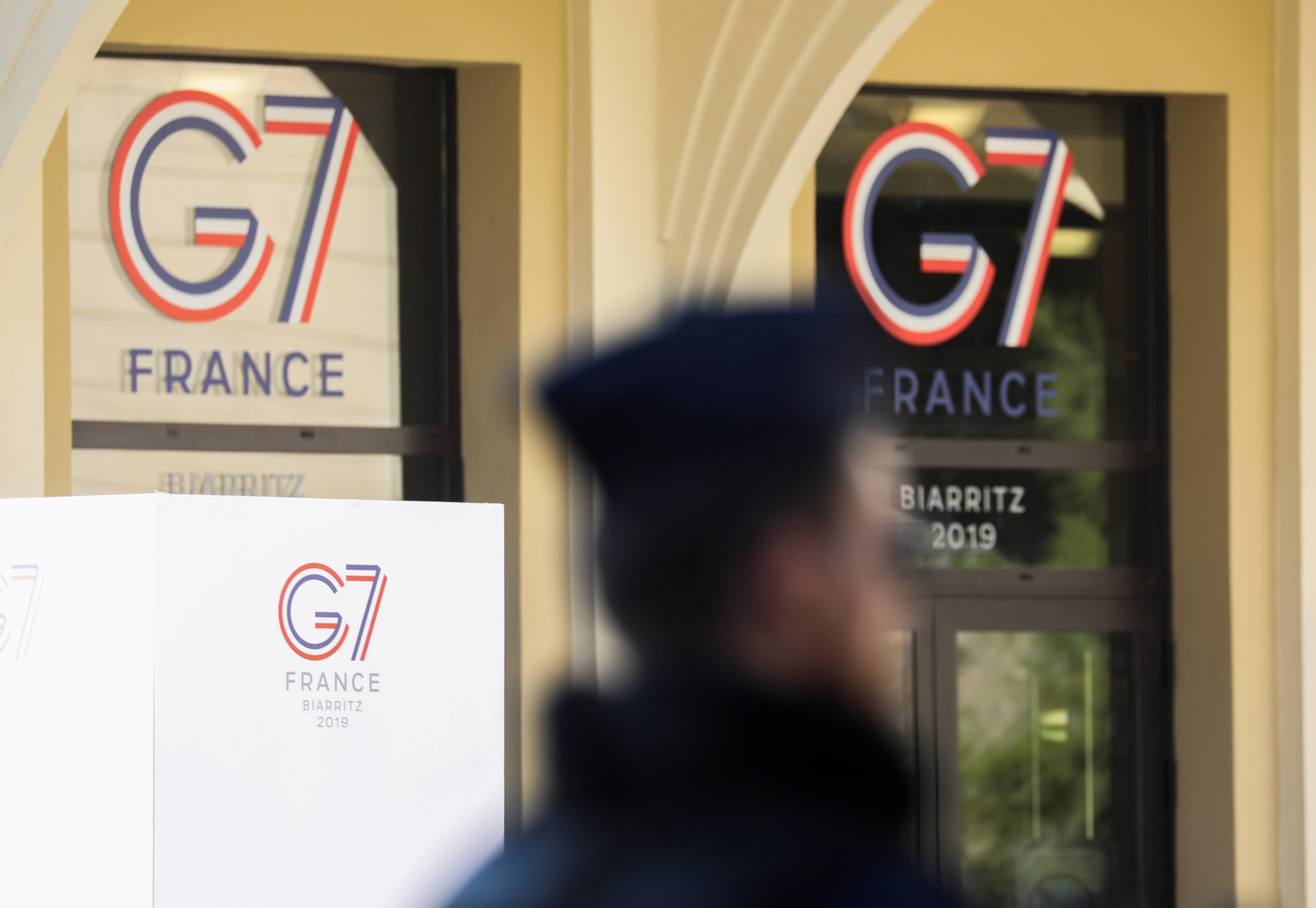 Has there been a time in recent decades when the Western world was so divided? Trade, climate change, exchange rates, government spending, Brexit, dealings with China, Iran and Russia – there doesn’t seem to be an issue that all members of the wealthy G7 group of nations agree on. So far apart are their views that the Aug. 24-26 Biarritz G7 summit is expected to be the first since 1975 to end without the usual joint communique.

Summit host France’s president, Emmanuel Macron, has put climate change center-stage for the event. But on that and most other subjects, U.S. President Donald Trump is an outlier. Locked in a trade war with China, he has floated the idea of tariffs on imports from the EU and elsewhere, and his suggestion to re-admit Russia to the G7 has met with opposition from other members.

Another issue investors will watch for is whether any mention is made of fiscal stimulus, above all in Germany, something Chancellor Angela Merkel has hesitated over.

Finally, it will be the first outing on the global stage for Britain’s Prime Minister Boris Johnson who, after somewhat discouraging meetings with Merkel and Macron, might be looking forward to a friendlier exchange with Trump over Sunday breakfast. It remains to be seen, however, how POTUS reacts to Johnson’s own plan for a digital tax and his agreement with other European leaders on the Russia issue.

One typically expects markets to be somewhat dozy during the dog days of August. But for bond traders there has been no respite.

This month saw global debt yields tumble to new record lows, with the market value of negative-yielding debt worldwide shooting up to $16 trillion. The whole summer has been marked by a broad flight-to-quality, with record 3-month inflows of $155 billion into bond funds, according to Bank of America Merrill Lynch.

The month’s milestones included the U.S. Treasury bond yield curve’s first inversion since 2007. The gap between 2-year and 10-year yields has since ‘normalized’ – meaning 10-year bonds yield more than their shorter-dated counterparts – though barely so. It’s not that recession risk has declined; but markets have paid attention to the fact that Federal Reserve policymakers and the last Fed meeting minutes indicate many within the U.S. central bank oppose a sustained cutting cycle.

The sub-zero party faces a potential challenge from the possibility that European governments might loosen their purse strings in a last-ditch bid to shore up flailing economies. Even Germany might ditch its cherished balanced budget policy and take on more debt, Reuters reported. But markets can probably rest easy for now; finance minister Olaf Scholz has hinted at a meager 50 billion euro package to be deployed during a crisis.

The second reading of U.S. gross domestic product, due on Thursday, largely contains tweaks to data already in plain view – consumer spending, business investment and inventories. But one fresh data point will show how corporate America’s profits fared in the second quarter. After robust growth in 2018 thanks partly to the Trump administration’s tax cuts, profits slid year-on-year in Q1 by the most since 2016. If earnings from publicly traded U.S. companies like those in the S&P 500 Index are any guide, the April-June period should show a modest improvement but it won’t be anything like last year.

A couple of sectors also bear watching for signs of fatigue – or a lift – from Trump’s trade policies. Manufacturers’ Q1 profit growth slowed sharply from the brisk pace of late 2018, and we could well see the softness extend into Q2. But fabricated metals producers, whom Trump aimed to help with punitive tariffs on steel and aluminum imports, bucked the softer trend with 30% year-on-year profit growth, the strongest rate in nearly seven years. Their Q2 numbers might again provide some cheer.

On Sept. 12, European Central Bank boss Mario Draghi will chair his penultimate policy meeting. For most of the eight years he has spent at the helm, euro zone inflation has undershot targets and data on Aug. 30, an advance consumer inflation reading, should underscore how far off the ECB target of below but close 2% the bloc remains.

The data will probably be seen as underscoring the need for more measures to kick-start price growth. Data since the last ECB last met has been dismal, and accounts of its July 25 meeting have reinforced that the bank is preparing to unleash support.

Analysts polled by Reuters reckon core inflation data, stripping out unprocessed food and energy, which the ECB scrutinizes in policy decisions, fell to 1.0% in August, slipping further from July’s 17-month low of 1.1%.

Such stubbornly soft inflation will likely stir debate about the need to amend the ECB’s inflation target, in favor of a more flexible goal that would open the door to even bigger stimulus. The data might also re-ignite calls for Germany to start spending more.

5/ A ONE-WAY STREET WITH NO TURNPIKES

China’s normally steady yuan has dropped 2 percent within 2 weeks and is almost at 7.1 per dollar, a 2008 crisis low. Having fallen almost 3% year-to-date it could weaken further in the coming week if Trump sends the euro sliding with tariffs on European Union exports. What’s more, the next batch of U.S. tariffs – a 10% levy on many Chinese imports – is set to take effect soon.

A short yuan trade looks like a no-brainer. From global growth and trade to China’s domestic economy and interest rate policy, everything argues for a weaker yuan. And while Chinese authorities aren’t forcibly depreciating their currency to offset declining exports, state-run banks’ operations only hint at efforts to massage the decline rather than arrest it.

As for the latest interest rate reforms aimed at lowering lending rates in the economy, they have just come into effect, but banks’ prime rate slipped just 6 basis points. Rates may fall further in coming weeks, but the feeling on the ground is that will happen only if the Fed hints at deeper rate cuts.