ST Citation for Asians of the Year 2020

As the dark shadow of Covid-19 stalked homes, offices, schools and cafes in Asia, a group of superheroes emerged in white lab coats, powered by science and wielding syringes. Collectively, they are Asia’s virus busters.

In a feat that has no parallel in medical history, vaccines were developed, tested and even administered within months of the coronavirus outbreak in late 2019. Arriving with a banner of promise not yet unfurled by drugs and other treatments, the vaccines are today the starting point in the trajectory from despair to hope.

On Jan 3, a sleepless team led by Professor Zhang Yongzhen, 55, worked through two nights to sequence the first complete genome of the virus at the Shanghai Public Health Clinical Centre which they shared with the world, opening the door to vaccine development.

In Japan, Dr Ryuichi Morishita, 58, of Osaka University, and in Singapore, Professor Ooi Eng Eong, 53, of the Duke-NUS Medical School, surmounted the initial hurdles and are testing their vaccines on volunteers. Theirs are among the around 50 vaccines in clinical trials worldwide.

But creating vaccines at warp speed is only the start of a very long journey.

After miracles in petri dishes, the next act calls for heroism from manufacturers and businessmen. Billions of doses need to be produced in pristine factories, at a scale and speed never attempted, challenging even Asia’s celebrated manufacturing prowess. Time is ticking away and winter is closing in. The virus attacks in waves that cannot be foretold, and no one is safe until everyone is.

Celltrion chairman Seo Jung-jin, 63, who once borrowed from loan sharks to fund his start-up, is going flat out at what is now one of South Korea’s largest pharmaceutical companies. He aims to deliver an antibody treatment that will complement vaccines and be available to two million patients annually.

Mr Adar Poonawalla, 39, at the helm of the world’s largest vaccine producer, the Serum Institute of India, has committed to producing 200 million doses for low- and middle-income nations in Asia and Africa. Mr Seo and Mr Poonawalla have answered the call, joined by many others, to inoculate Asia’s 4.6 billion people.

Sars-CoV-2, the virus that has brought death and hardship to the world’s largest and most populous continent, is meeting its tamer in the virus busters.

But the search continues for the one vaccine that provides them all: immunity that lasts years, not months, safety from side effects, portability from shore to shore and availability to the poorest citizen.

The Straits Times Asian of the Year award honours a person, group of people or an institution that has made the news and contributed significantly to their society, country or the wider Asian continent.

In recognising the Asian virus busters for the ninth ST Asians of the Year award, we salute your courage, care, commitment and creativity. In this peril-filled hour, you are a symbol of hope for Asia, indeed the world.

Past recipients of The Straits Times Asian of the Year award 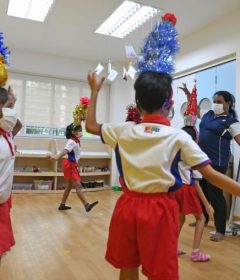 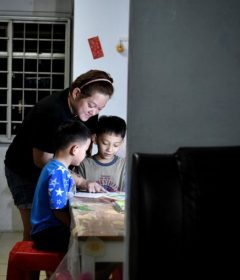 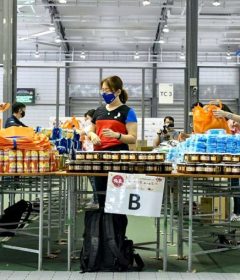 Budget debate: Community Chest to partner firms to get customers to donate their change for charity