SINGAPORE – Long queues formed at the temporary Covid-19 testing area set up at Block 125A Bukit Merah View on Tuesday (June 15), after the site was opened to residents.

Set up on Monday, the site was intended for the mandatory testing of about 85 stallholders at 116 Bukit Merah View after a new cluster had formed at the nearby 115 Bukit Merah View Market and Food Centre.

As it turned out, many residents including the elderly had gone on Monday for testing but were turned away.

On Tuesday, the temporary testing site at Block 125A was opened up to residents after Tanjong Pagar GRC MP Joan Pereira made an appeal to the Ministry of Health (MOH). The site is open to residents until Thursday.

When The Straits Times visited Block 125A’s multi-purpose function hall at 10am on Tuesday, two queues had formed. One was for people who had made an appointment beforehand.

The second queue, for people who had not made an appointment, snaked past the estate’s playground and spilled over to the nearby blocks. About 120 people, most of whom are elderly residents, were in this queue. The estimated wait time was one to two hours.

Undergraduate Germaine Tan, 21, who made an appointment for a swab test at 10.30am, joined the queue about five minutes before her scheduled timing. However, she had to wait in line with about 20 others ahead of her.

“It’s quite organised, because there’s someone ushering the queue, so it’s not so bad,” said the third-year undergraduate from the Singapore Institute of Management.

Bukit Merah resident Simon Lee, 65, had been in the queue since 9.40am and was given a swab test about an hour later. “They said we could just walk in, so since we are free we just decided to queue,” the taxi driver said.

Mr Lee, who was in the queue with his mother-in-law, wife and daughter, said he was not bothered by the waiting time. “It shows that everyone is disciplined. When called upon, we would do our part to be tested,” he said.

Residents and members of the public who had visited either 115 Bukit Merah View Market and Food Centre or shops at 116 Bukit Merah View between May 25 and June 12 were urged to go for a free Covid-19 swab test. 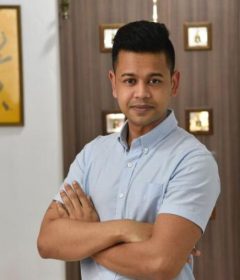