Seoul mayor went missing on Thursday after leaving a voicemail that his daughter described as sounding like a will. 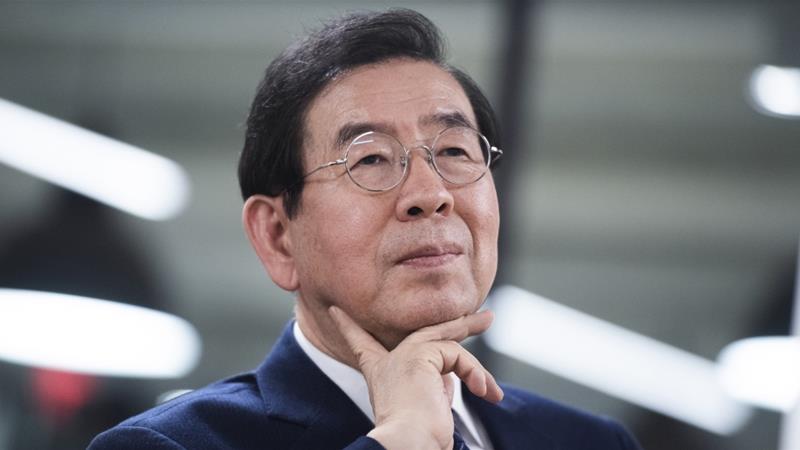 The mayor of South Korea’s capital has been found dead, more than half a day after giving his daughter a will-like message and then leaving home, police said.

The body of Park Won-soon was found at Mt Bugak in northern Seoul around midnight local time, near where his phone signal had last been detected, the Seoul Metropolitan Police Agency said.

The agency did not give a cause of death.

His daughter reported him as missing at 5:17pm (0817 GMT) on Thursday, saying his phone was off and he left a message “like a will”, the Yonhap news agency reported.

Police said they mobilized about 600 police and fire officers, drones and tracking dogs to search for Park in the hills, where his phone signal was last detected. They said the phone was turned off when they tried to call him.

Police said a criminial complaint against the mayor had been lodged. Yonhap news agency reported that a former secretary of Park filed a complaint on Wednesday over alleged incidents of sexual harassment.

Kim Ji-hyeong, a Seoul Metropolitan Government official, said Park had not shown up for work on Thursday for unspecified reasons and had cancelled everything on his schedule, including a meeting with a presidential official at his Seoul City Hall office.

Park, a longtime civic activist and human rights lawyer, was elected as the mayor of Seoul in 2011.

He became the city’s first mayor to be voted into a third term in June 2019.

A member of President Moon Jae-in’s liberal Democratic Party, he has been considered a potential presidential candidate in 2022 elections.