Sara Duterte insists she is running for Davao mayor, not Philippine president

MANILA – Ms Sara Duterte-Carpio, who leads in surveys on voters’ choice to replace her father as Philippine president, stuck to her guns on Friday (Oct 8), insisting that she is running for mayor of Davao city, not as the president.

“I am presenting myself to the Davaoenos as mayor for the third and last time in my life as a politician,” Ms Duterte-Carpio, 43, said in a statement released just hours before the end of the week-long registration for those running for president and some 18,000 political postsnext year.

Thanking her supporters, she said: “Many of you do not know me, and yet you carry me over your shoulders.”

She also called for “honest, orderly and credible elections in May 2022”.

But sceptics remained unconvinced that this would be her final word on the matter, especially after a late-hour filing by one of President Rodrigo Duterte’s most trusted men.

“This is a party decision. This is not my personal decision,” Mr De la Rosa told reporters.

But he said he would rather see Ms Duterte-Carpio run. “That will be better,” he added.

The polling commission allows political parties to replace their candidates till Nov 15.

Mr Duterte, 76, was a last-minute substitution when he ran in 2016. From being written off as a candidate, he quickly ascended to the top of the polls and stayed there.

Ms Duterte-Carpio has been topping surveys on voters’ preference for president. But her numbers have been sliding lately, as her father struggles to contain fallouts from his government’s poor handling of the Covid-19 pandemic and a Senate probe accusing his purported cronies of profiting from over 10 billion pesos worth of medical supplies for frontline workers.

Still, the latest poll shows 20 per cent of voters will support her. That is 5 percentage points ahead of Mr Ferdinand Marcos Jr, son and namesake of the late dictator.

Even without her, there’s still a crowded field of five candidates running for president.

Mr Moreno, who parlayed his fame as an actor and his rags-to-riches story into a flourishing political career, is statistically tied with Mr Marcos, tailing him by just a few points.

Mr Pacquiao is in No. 4, while Ms Robredo and Mr Lacson are bringing up the rear.

But Ms Robredo has been seeing a snowballing of online support since she announced her bid on Thursday (Sept 7). She is offering herself as the opposition’s unequivocal candidate and styling her run as a crusade against the return of the Marcoses and a correction to what she saw as Mr Duterte’s incompetent and corruption-tainted government. 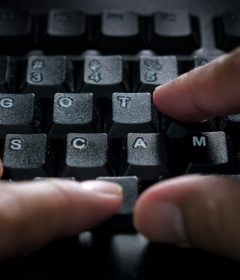