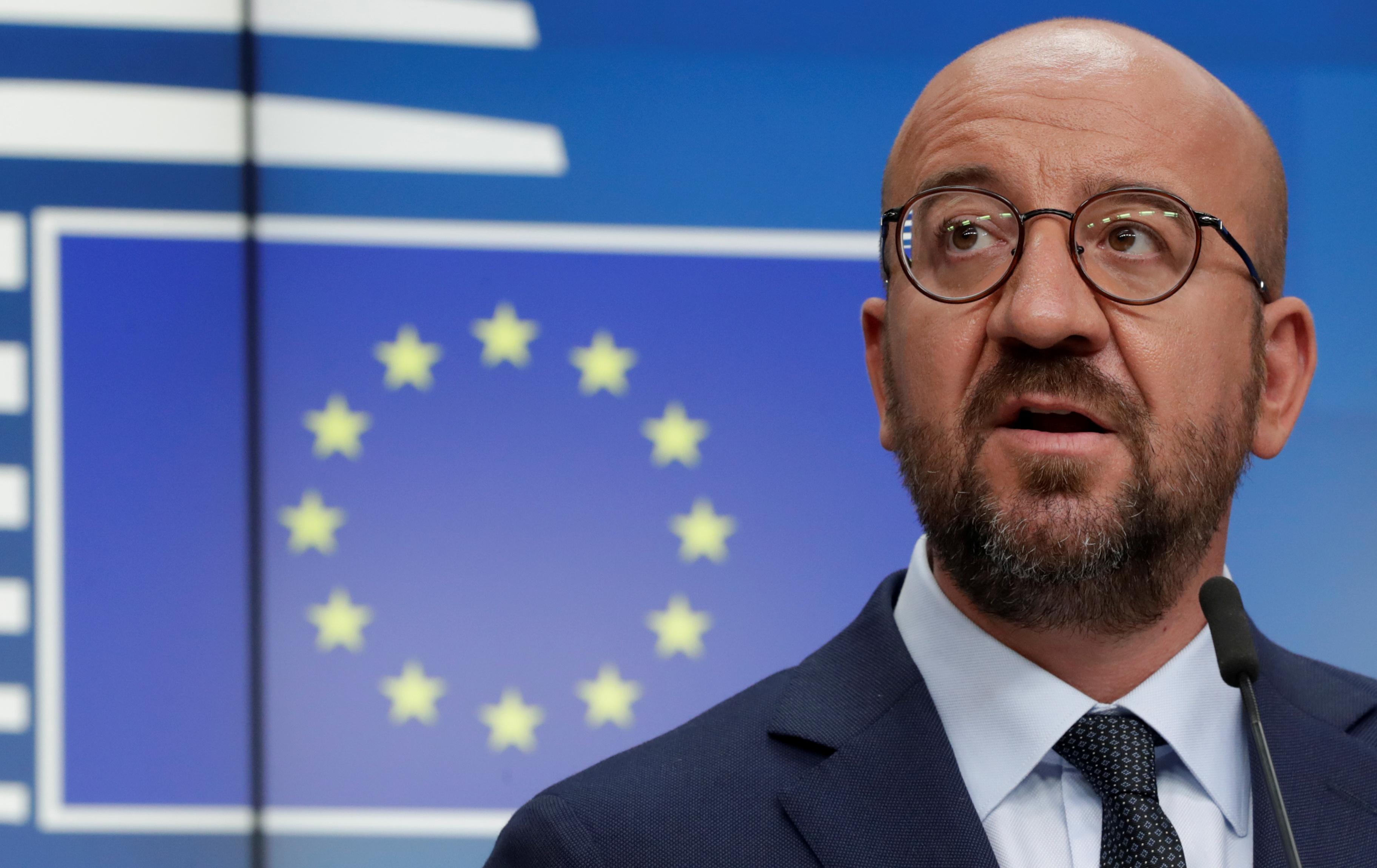 BRUSSELS (Reuters) – Securing agreement on the exact conditions on respecting democracy to attach to the disbursement of European Union funds is the biggest challenge to implementing an EU plan to revive the economy after the COVID-19 pandemic, a senior official said on Friday.

European Council President Charles Michel, who chairs EU summits, spoke to Reuters and five other European news agencies after Hungary refused to grant its final approval to the EU recovery plan without guarantees on a linked mechanism on the rule of law.

“There is a difficulty with this topic, it’s not new. But we made a big step on that in July and we must now continue,” Michel said of a deal between the 27 national EU leaders this summer on the economic recovery stimulus.

Under the deal, the EU’s executive would borrow 750 billion euros ($888 billion) on the market to top up a trillion euros worth of spending under the bloc’s joint budget in 2021-27 to help revive growth.

That still requires approval by the European Parliament, as well as many national parliaments across the EU. The package would also link access to EU funds to respecting democratic principles, which Prime Minister Viktor Orban wants to ensure would not hurt him before granting Hungary’s final approval.

Orban, like his eurosceptic allies in Poland, has long been at loggerheads with the EU over undercutting democracy, and stands accused of undermining the independence of the judiciary, media, academics and advocacy groups in Hungary.

The July agreement was left vague on the rule-of-law conditions to avoid a Polish or Hungarian veto, but the European Parliament wants stronger democratic safeguards.

The question is set to dominate the bloc’s political agenda this autumn, with Spain and Italy that have been hit hardest by the pandemic and hope to secure funds quickly.