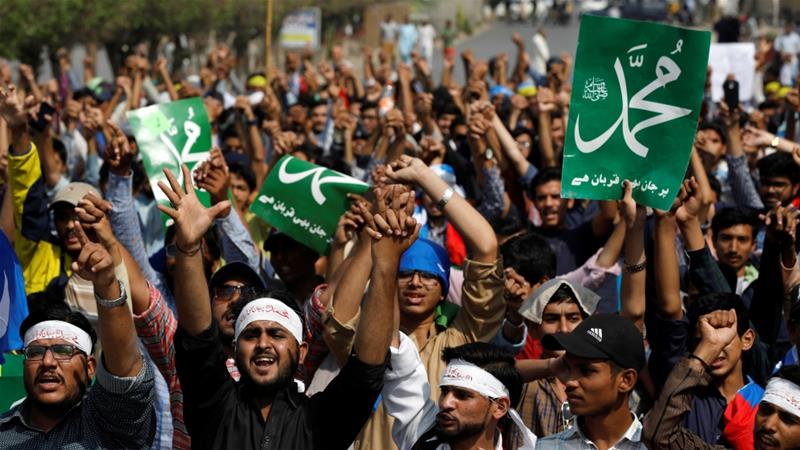 Islamabad, Pakistan – Thousands of far-right religious demonstrators continue to block major roads across Pakistan in protest against the acquittal of a Christian woman in a high-profile blasphemy case.

The Tehreek-e-Labbaik Pakistan (TLP) political party, led by firebrand Muslim leader Khadim Rizvi, organised rallies in cities across the South Asian country on Thursday, despite a warning from Prime Minister Imran Khan not to “force the government to have to take action”.

Aasia Bibi, 53, who was on death row for eight years, was acquitted by the country’s top court on Wednesday, with judges saying the prosecution contained “glaring and stark” contradictions.

Shortly after the Supreme Court’s landmark ruling was pronounced, Rizvi led a major protest outside government buildings in the eastern city of Lahore, with fellow TLP leaders declaring the three judges who acquitted Bibi to be “liable to be killed”.

The sit-in protest in Lahore remained the largest TLP demonstration on Thursday, with other major demonstrations being held in the southern city of Karachi, Pakistan’s largest. Protesters are also blockading a major highway into the capital, Islamabad.

Most schools and many businesses remained closed in all three cities through the day, with hospitals on high alert in case the protests turned violent. Highways were partially shut down and the federal cabinet held an emergency meeting to discuss the law and order situation.

Prime Minister Imran Khan, in a televised address to the nation, accused the TLP of attempting to stir religious sentiments for political gains.

“I say to these people: do not confront this state … do not damage this country for your vote bank,” said Khan.

On Thursday, Shehryar Afridi, Pakistan’s minister of state for interior affairs, told parliament that talks were under way with protesters to end the standoff.

Blasphemy against Islam and its prophet is a sensitive subject in Pakistan, where the crime can carry a compulsory death sentence.

At least 74 people have been killed in violence related to blasphemy allegations since 1990, according to an Al Jazeera tally. 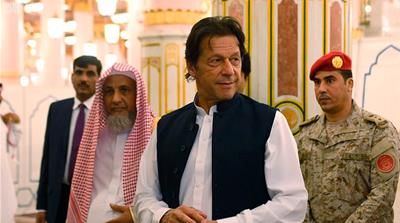 There are still roughly 40 people on death row or serving life sentences for blasphemy, in Pakistan, according to the US Commission on International Religious Freedom.

Bibi’s case had become emblematic of fair-trial concerns in cases related to the country’s blasphemy laws, with two senior political leaders who stood up for her gunned down in 2009 for supporting her.

Rights groups have hailed her acquittal as a watershed moment.

“Justice has finally prevailed. The message must go out that the blasphemy laws will no longer be used to persecute the country’s most vulnerable minorities,” said Omar Waraich, deputy director for South Asia at human rights group Amnesty International.

At the protest at Islamabad’s Faizabad interchange, roughly 2,000 TLP supporters had gathered to block a major road into the federal capital.

TLP volunteers had visibly beefed up security at the demonstration’s entry and exit points. They barred entry to journalists, saying they would only be allowed to pass after surrendering cameras and other equipment.

Among the protesters, a tense calm prevailed, with many young men interspersed among the crowd carrying sticks and metal rods.

Many sat on reed mats, listening to devotional poems and sermons extolling the virtues of loving Islam’s Prophet Muhammad. The TLP mainly represents the Barelvi sect of Sunni Islam, which places a particular importance on the veneration of the personage and honour of the Prophet.

Further protests are expected on Friday following midday prayers, with other right-wing religious groups joining the TLP in its rejection of the verdict. 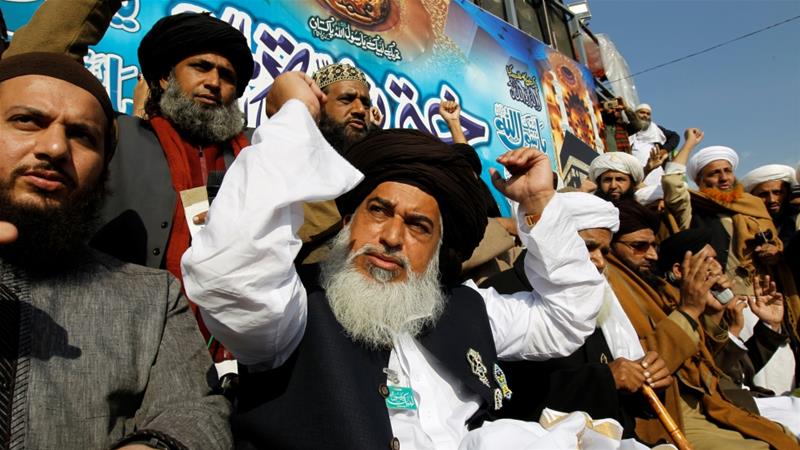