No specific terrorist threat to Singapore despite Japanese advisory: ISD

SINGAPORE – The Internal Security Department (ISD) said on Tuesday (Sept 14) it has seen no specific nor credible intelligence of imminent terrorist threat to Singapore.

This is despite an advisory recently issued by the Japanese Foreign Ministry to its citizens in South-east Asia, including Singapore, warning of a possible terror attack in crowded places.

In response to media queries, the ISD said that it has reached out to its Japanese counterparts.

“They also have no specific intelligence,” it said.

But the department urged members of the public to remain vigilant and promptly call the ISD counter-terrorism hotline on 1800-2626-473, or report via the SGSecure app, when they come across suspicious persons or activities.

An advisory on the website of Japan’s Foreign Ministry that was issued on Sunday said that there was “information of a growing possibility” that a suicide bomber may target places where many people gather, such as places of worship, including in Singapore.

It said Japanese residents should continue to strengthen their vigilance against terrorism and take measures such as monitoring the latest information and following the instructions of the local authorities.

Should they visit a place that is “easily targeted by terrorism”, such as tourist, religious, “Western-related”, or government facilities, they should pay attention to their surroundings, added the advisory.

Similar advisories were sent to Japanese citizens in Indonesia, the Philippines, Malaysia, Thailand and Myanmar.

Security agencies in other Asean countries have also responded to the warning.

Malaysian news outlets reported on Tuesday that Malaysian Defence Minister Hishammuddin Hussein said there was no basis to the advisory issued by the Japanese Embassy.

The Philippine national police and armed forces said they have not received any report of possible terror attacks linked to Tokyo’s warning, according to other reports.

A Thailand foreign ministry spokesman said the Japanese Foreign Ministry did not reveal the source of the information that led it to issue the alert, nor reveal which exact locations in the region the alert referred to, reported the Bangkok Post.

Japanese citizens are advised to “stop unnecessary and non-urgent travel” to Singapore, according the Japanese Foreign Ministry on its website.

They are also advised to refrain from travelling to other parts of South-east Asia, such as Malaysia and Thailand, for any purpose. 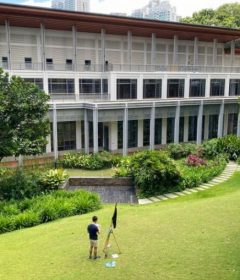 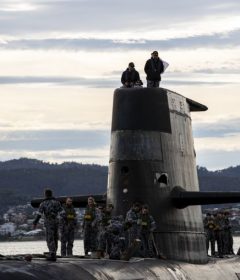