No deal blow for Moon's vision of 'peace-driven' Korean economy

HANOI (Reuters) – As word spread that a summit between U.S. President Donald Trump and North Korean leader Kim Jong Un was ending early in failure, some South Korean officials at a Hanoi media center watching a live feed of proceedings turned pale and made hurried calls. 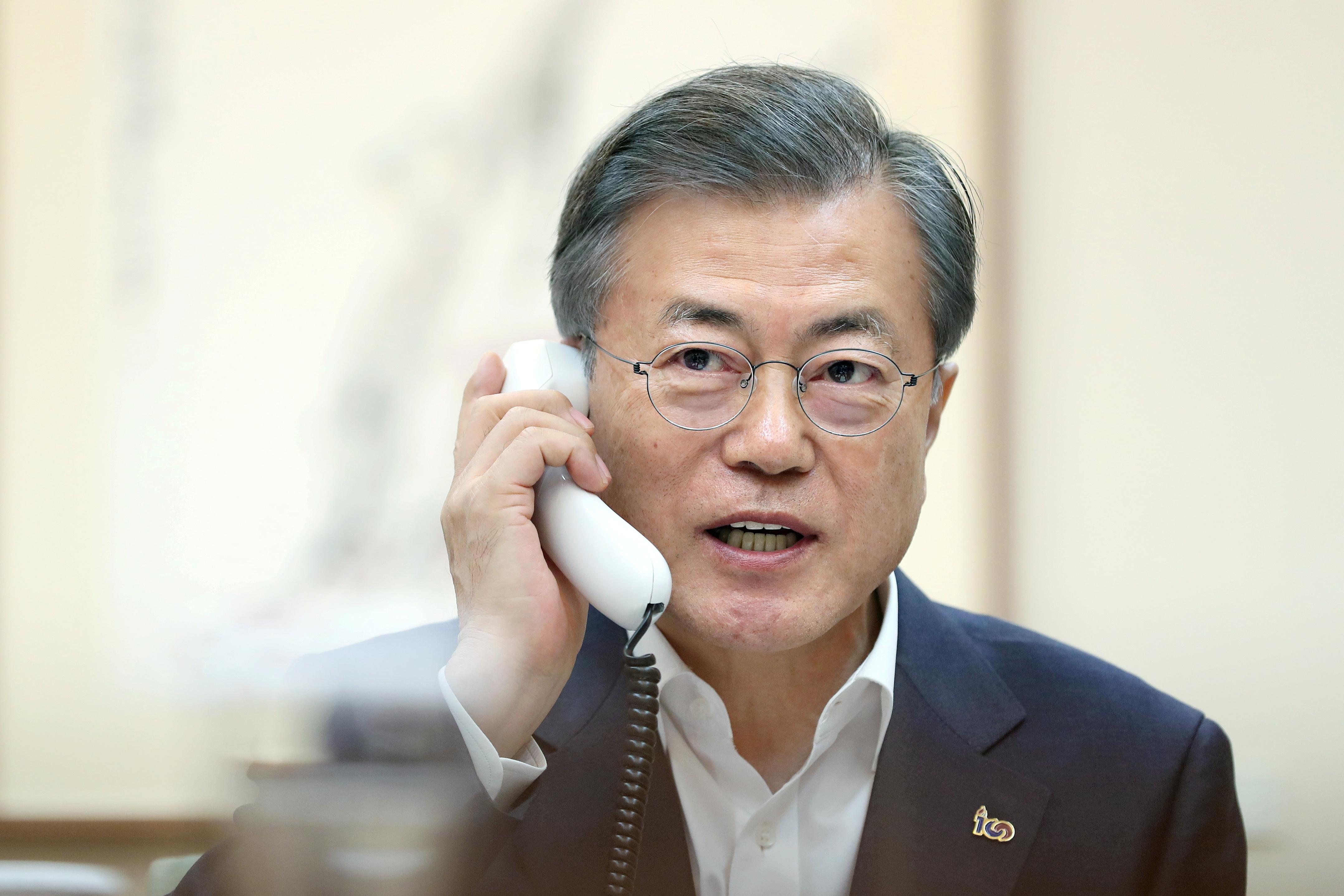 “The president might have to rewrite his speech,” said one official said in a hushed voice, referring to an address Moon Jae-in was due to deliver on Friday marking a national holiday.

The failure of Trump and Kim to reach an agreement at their high-stakes summit in the Vietnamese capital is a blow for the South Korean government, which had pinned hopes on an easing of U.S. sanctions on North Korea leading to the reopening of inter-Korean projects including a factory park, tourism zone and railway network.

Those projects, stymied by sanctions on North Korea, are key to a Moon economic initiative that he sees as a driver for South Korea’s moribund economy, which is suffering its worst unemployment in a decade.

“For the Moon administration, the summit was make-or-break,” said Lee Chung-min, a senior fellow at the Washington-based Carnegie Endowment for International Peace’s Asia Programme.

“Moon wants to distract South Korean citizens from the sluggish economy and growing unemployment by taking credit for inter-Korean peace and boosting his party’s chances in next year’s parliamentary election.”

Moon has been an ardent champion of efforts to end confrontation on the Korean peninsula and nudge North Korea into giving up its nuclear weapons in exchange for an end to sanctions and security guarantees.

He has pressed hard for sanctions relief, saying South Korea is the “main stakeholder” in Korean peninsula issues.

Moon held three summits with Kim last year, mediating between Pyongyang and Washington – at the request of the United States, Moon’s office said – when their exchanges soured.

In his speech on Friday, Moon had been set to unveil a grand vision of a “new Korean peninsula regime” for the next 100 years, an inter-Korean economic community, born from the ending of sanctions in return for denuclearization.

That speech needed last-minute changes, given the outcome in Hanoi, but only small ones according to another South Korea one official who insisted the basis of Moon’s vision was unchanged.

“The new Korean peninsula regime is a new community of economic cooperation that will be formed after the era of ideology and factionalism is put behind us,” a somber-looking Moon said at a ceremony in Seoul.

A song called “Our Wish is Unification,” popular in both of the Koreas, played in the background as Moon spoke.

He urged the ushering in of a “peace-driven economy” and vowed to work with the United States to get the inter-Korean economic projects back up on track.

Moon’s office said it regretted that no deal was struck at the summit but added that the talks had made “more meaningful progress than ever”.

After leaving Hanoi, Trump spoke to Moon and again encouraged him to play an “active role as mediator”, Moon’s spokesman said.

But as the dust settles on the summit, there are questions as to whether the enthusiasm of Moon and his top aides, including national security adviser Chung Eui-yong, got the better of them.

Some analysts say they might have over-sold to Trump the willingness of Kim to abandon the weapons that North Korea sees as the guarantee of its survival.

Days before the Hanoi summit, Moon offered to “ease the burden” on the United States, saying South Korea could provide concessions to the North through inter-Korean economic initiatives.

“It may not be the wisest thing to openly show how desperate you are, especially when you know their gap is still wide,” a diplomatic source in Seoul said, requesting anonymity due to the sensitivity of the issue.

The set-back in Hanoi could exacerbate divisions within Moon’s administration between some officials who want South Korea to push ahead with the projects with the North, and others who favor sticking to the U.S. line of “maximum pressure” on the North.

Cho Tae-yong, a former South Korean nuclear negotiator, said a hasty deal in Hanoi might in the longer run have been counter-productive for the goal of denuclearization and for South Korea.

“The breakdown might mean a genuine initial step toward that goal which could bring both sides closer to the shared definition of denuclearization and also save South Korea’s security,” Cho told Reuters.

(This story was refiled to add missing word in first paragraph)