SINGAPORE – Expelled from Queensway Secondary School a decade ago, sentenced to eight years’ jail in 2018 for drug-related offences, David (not his real name) could not stop the downward spiral.

All that changed when he was given a shot at taking the O-levels while in prison. On Monday (Jan 11), the 25-year-old got his results – 12 points in five subjects, including As in principles of accounts, business studies and mathematics.

“I wanted to try, to do something with my time here,” said David.

He plans to take up a diploma in supply chain logistics next, but has not yet decided on what to do when he is released.

He was one of 53 inmates across three prison institutions who received their results after sitting the national exams last year.

Minister of State for Home Affairs and National Development Faishal Ibrahim visited Tanah Merah Institution 1 on Tuesday to congratulate and encourage the student-inmates.

“Their circumstances without Covid-19 were already tough. With Covid-19, it was even tougher, yet they persevered and are able to achieve what they have today.”

The inmates have only one year to prepare for the national exams, compared to students in mainstream secondary schools who have at least four years.

It was made even tougher amid the pandemic, especially during the circuit breaker from April last year.

Teachers were not allowed into prison facilities and lessons were conducted via video conferencing.

While waiting for the officers to set up the equipment needed for remote learning, such as projectors and speakers, the inmates had to study in their cells.

“It was challenging because sometimes there were technical faults, and there was also no face-to-face interaction,” said David, who was booted out of school as a Secondary 3 student only to end up in the Singapore Boys’ Home multiple times over various offences.

During the circuit breaker, a class representative was appointed as a “proxy”, to collate and ask questions.

The teachers also sent the inmates assignments to be completed in their cells, though they needed special authorisation to use pens and pencils. In the wrong hands, they could be used as weapons.

Senior chief warder (SCW1) Ewen Thai, 39, who works closely with student-inmates, said: “The challenges were unprecedented during the pandemic. A lot of things are controlled in prison.”

Prison officers had to act as social distance ambassadors to explain what was happening in the world outside, he added.

Without the teachers they usually tap for guidance, the inmates helped each other complete their assignments.

Before the coronavirus pandemic, a prison school day typically begins at 8.30am and ends at 3.00pm for five days a week.

Said David: “It was up to us to decide how much we wanted it (to do well). No one was chasing us or asking us to do the assignments, but I finished everything I was given.”

Inmates like Azly (not his real name) did not give up either.

Incarcerated in 2015 for drug-related offences and serving a 13-year sentence, the 35-year-old scored eight points in five subjects.

“I was overwhelmed when I received my results. I could not believe I was holding an O-levels certificate, it was long overdue,” said Azly, who is divorced and has two children aged eight and 13.

He plans to take the A Levels this year, and pursue education in an institute of higher learning when he is released.

Mr Jeffrey Lim only started teaching English at the prison school last year. The 42-year-old said he was surprised by how hard the inmates worked to do well.

“Some had not been studying for the longest time and they had to take the exams in a year. But they tried their hardest. The results are secondary to their journey.”

SCW1 Thai added that some who attend prison school may not be doing it for the certification.

“Sometimes, it is just to show their family that they can persevere – to redeem themselves for the mistakes they made in the past.”

Get the ST Smart Parenting newsletter for expert advice. Visit the microsite for more. 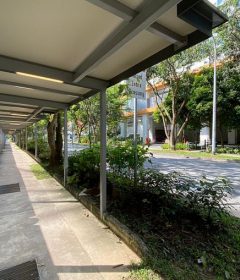 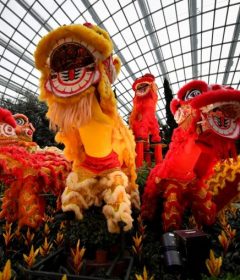