(Reuters) – A record high for Louis Vuitton owner LVMH (LVMH.PA) and a rally in homebuilder Taylor Wimpey (TW.L) helped to push European shares higher on Tuesday, with investors looking ahead to the signing of an initial U.S.-China trade deal. 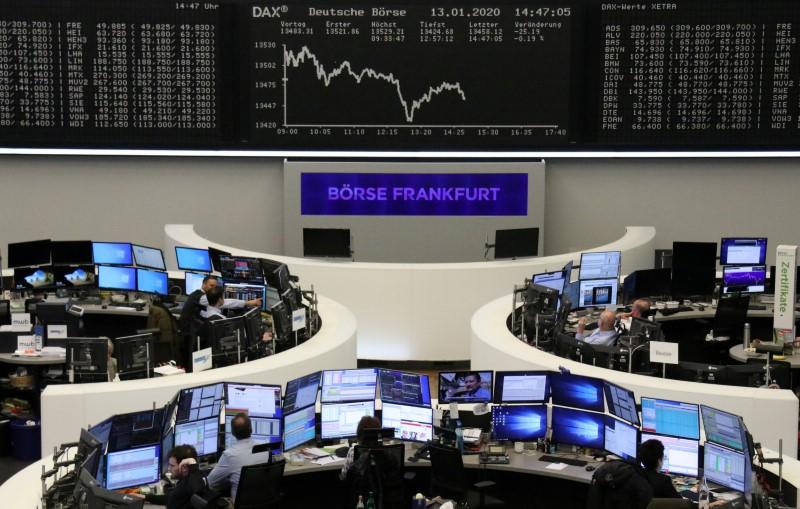 While most major country indices traded flat to lower, the pan-European STOXX 600 index closed up 0.3% after two sessions of losses. The index had hit a record high last week on de-escalation in U.S.-Iran tensions and hopes of a Phase 1 U.S.-China trade deal.

The deal, due to be signed in Washington on Wednesday, marks the first step in winding down the damaging trade war that has troubled markets for 18 months.

“We are still waiting for details on the trade deal… the sustainability and the effectiveness of it is going to be judged by the details, and there is probably an element to the market of just waiting to find that out,” said Craig Erlam, market analyst at Oanda, London.

Andrea Cicione, head of macro strategy at TS Lombard, suggested any indication of a time frame and possible agreements that would entail Phase 2 negotiations would be the most important takeaway.

Luxury stocks were boosted when UBS analysts said they were expecting 2020 to be another busy year for the sector, supported by consumer sentiment being at record levels and continued M&A speculation. LVMH (LVMH.PA) rose 1% to touch record highs.

Oil stocks .SXEP were the biggest decliners among the main sectors in Europe. A 5% slump in Tullow Oil (TLW.L) after a ratings downgrade led losses, while BP (BP.L) slipped after Berenberg said increased shareholder payouts will likely have to wait until the second half of the year.

France’s Total (TOTF.PA) fell after the energy company said it would move its finance department back to Paris from London due to Britain’s impending exit from the European Union, and to reduce costs.

Italian tire-maker Pirelli (PIRC.MI) slid to the bottom of the auto index after UBS cut its recommendation to “neutral” on lower price-mix contribution and weaker volume growth.

Coronavirus: Philippines denies it has the most cases in East Asia