Japan struggles to deal with blackout after deadly Typhoon Faxai

Nearly half a million homes left without power as of Wednesday morning after typhoon pummelled Tokyo and nearby regions. 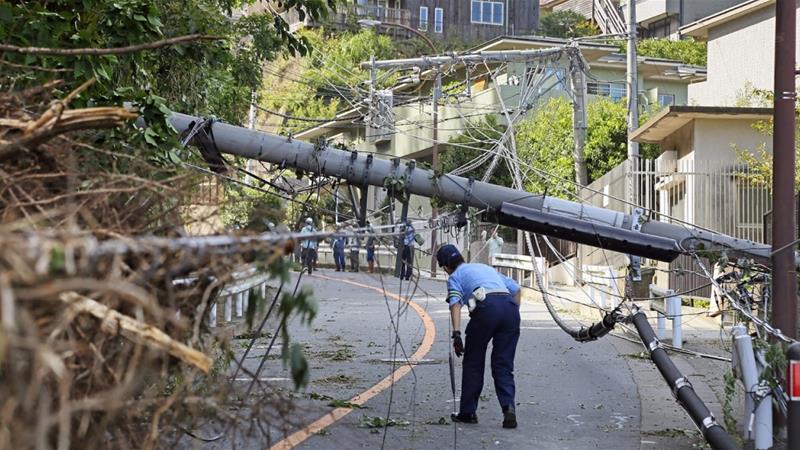 Japanese utility company, Tokyo Electric Power (Tepco), is struggling to restore power to nearly half a million homes after blackouts caused by Typhoon Faxai, while at least two people have died from heatstroke because of a lack of electricity, media said on Wednesday.

Typhoon Faxai hit the capital and surrounding regions with destructive winds of up to 216kph in the early hours of Monday morning, causing transport chaos. At least three people were killed and dozens injured in the storm.

National broadcaster NHK said two other people in Chiba prefecture east of Tokyo had died from heatstroke becasue there was no power to turn on the airconditioning once temperatures began to rise after the typhoon.

Tepco, Japan’s biggest power provider, said it might not be able to restore power to all households on Wednesday, Kyodo News said, citing the company.

“We will continue making every effort to restore power as quickly as possible.”

The typhoon also affected the country’s railway system, with 2.7 million passengers on Tokyo’s JR East affected by cancellations and delays on Monday.

According to Japan Times, some of the train services did not resume until Tuesday, and an estimated 13,000 people were left stranded at the Japanese capital’s international airport, Narita.

More than 100 flights were also cancelled on Monday as the typhoon battered Tokyo and its surrounding prefectures.

An estimated two dozen typhoons hit Japan every year, according to the Japan Meteorological Agency.

In 2018, Typhoon Jebi, the strongest typhoon in 25 years, hit the southern Shikoku Island, with strength comparable to Typhoon Faxai. 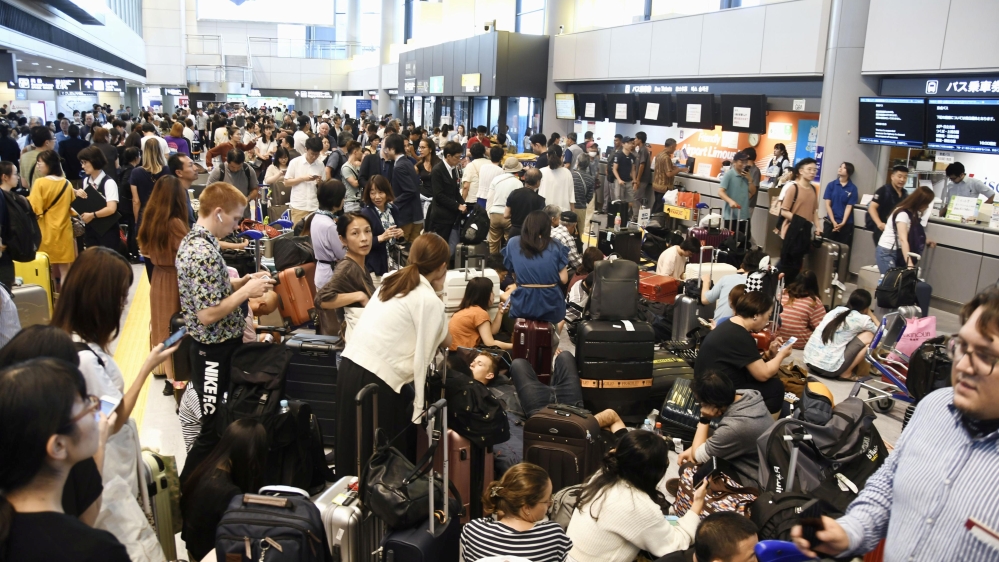