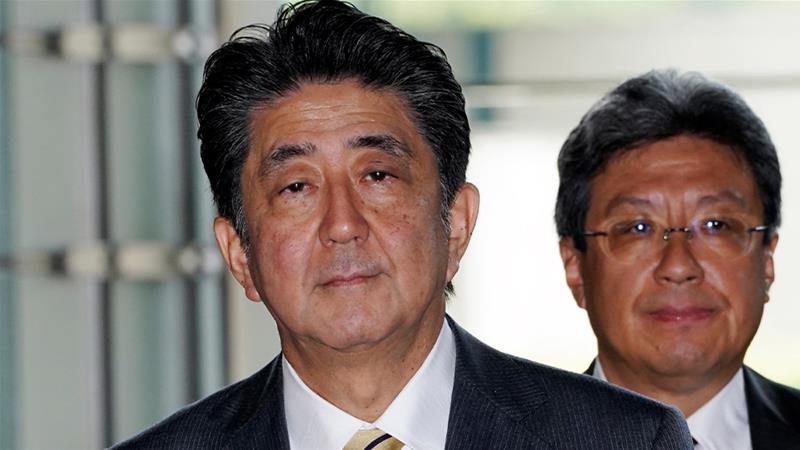 Japan’s Prime Minister Shinzo Abe on Wednesday, brought in new foreign and defence ministers and appointed a rising political star as environment minister in a cabinet reshuffle that has fuelled speculation about his successor.

“Abe intends to start an open race to pick the next prime minister or even the one after that,” said SMBC Nikko Securities chief market economist Yoshimasa Maruyama.

A darling of the Japanese media, the younger Koizumi received blanket coverage for his recent marriage to television broadcaster Christel Takigawa, which was announced at the prime minister’s office.

He is the third-youngest minister appointed to the cabinet in Japan since the end of World War II, in a country when seniority is prized in politics and many other walks of life.

Despite the intense media spotlight, he has been coy about expressing his views on the issues of the day and there will be close scrutiny over his policies on nuclear power, particularly on whether he will break with his father’s anti-nuclear stance.

Abe is set to become Japan’s longest-serving prime minister in November but is expected to step down at the Liberal Democratic Party (LDP) leadership election in 2021 and the jostling for that position is already beginning. 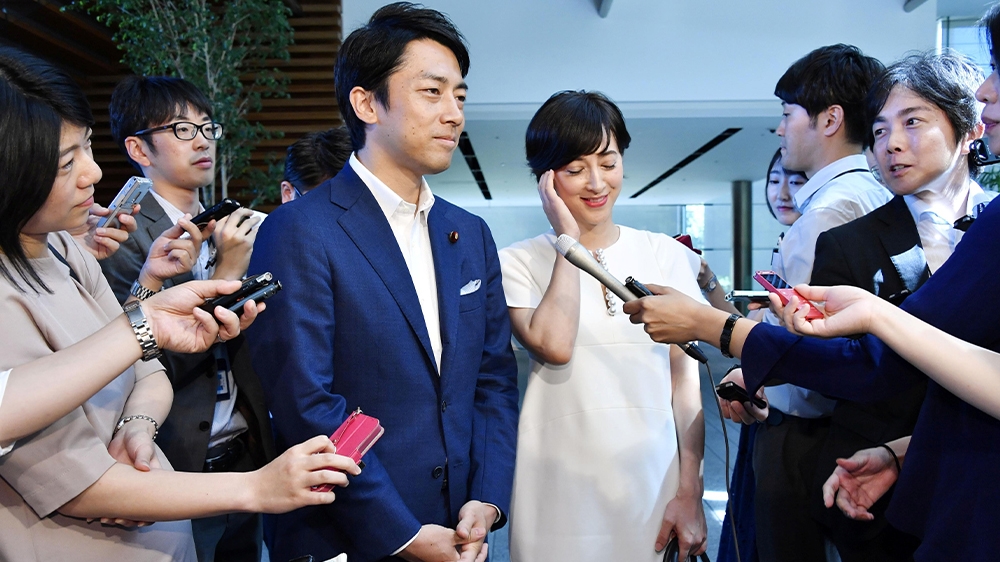 Japan’s new foreign minister is Toshimitsu Motegi, who was promoted as a reward for his work in negotiating a trade deal with the United States.

Outgoing foreign minister Taro Kono was shifted to the defence portfolio, in a move seen as reinforcing Tokyo’s hard line towards South Korea at a time of worsening ties between the two neighbours.

Motegi, 63, is a Harvard-educated political veteran who worked as a McKinsey consultant before winning a lower house seat in 1993.

Analysts do not expect the shake-up to herald significant changes to Japan’s diplomatic policy, which is managed largely by the prime minister’s office.

But it may also put Motegi in the starting blocks in the race to succeed Abe, noted Tobias Harris, an expert on Japanese politics at consultancy Teneo.

He also ensured key allies and aides remained within the cabinet and top layers of the party to shore up his position for the next two years.

The Abe government is poised to hike consumption tax from eight percent to 10 percent on October 1, despite fears it could act as a brake on the world’s third-largest economy.

He is also hoping to achieve his long-cherished ambition of amending Japan’s post-war constitution to change the status of the country’s Self Defense Forces.

LDP Secretary-General Toshihiro Nikai, who has deep contacts in China, also remained in his post, as Japan prepares for an expected state visit by Xi Jinping in 2020.

Among other key figures are former Olympic speed skater Seiko Hashimoto, who became the latest in a string of Olympic ministers before the 2020 summer Games.

Hashimoto is one of just two women in the 19 member cabinet despite Abe’s much-heralded “womenomics” programme. His previous cabinet included just one woman.

The other woman is interior minister Sanae Takaichi. She is seen as a hard-right nationalist, who regularly visits the Yasukuni shrine where the ashes of war criminals are interred enraging South Korea and China.