ITTA BENA, Miss (Reuters) – Here’s what has happened in Leflore County, Mississippi, since the end of the U.S. recession in 2009. 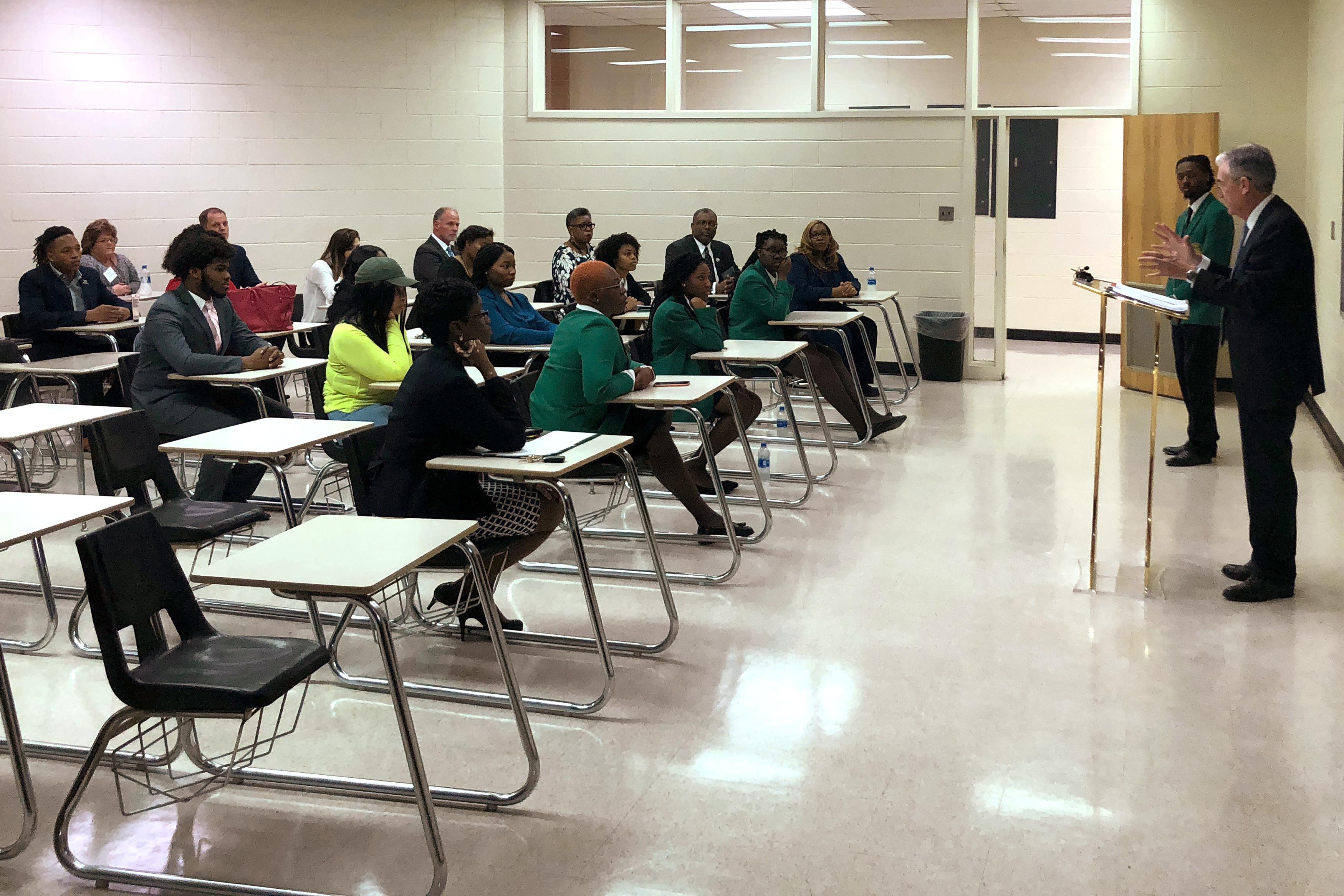 The number of jobs fell 4 percent and nearly 8 percent of the businesses disappeared. Average annual pay at private firms stalled. The median age spiked a full three years as working age adults voted with their feet and left. Home ownership rates tipped from just over half of families to below it.

The United States’ record-setting and near-decade-long recovery from the 2007 to 2009 recession has restored many measures of the national economy back to or better than what they were.

But it has done little for Leflore County, or for many rural places like it whose continued slip from the economic mainstream worries Federal Reserve and other policymakers who fear it could feed broader problems, from slower growth overall to increased political tension.

“We say we are close to maximum employment and at the national level we are,” Fed chairman Jerome Powell said in remarks to a conference here on rural poverty earlier this week. “There are pockets that are not. The obvious way to grow the size of the economy is to bring people in that are at the edges…Make it easier for people to get into the labor force and stay in the labor force.”

But he said long-run trends, particularly rural population decline, were creating a dynamic that may be difficult to break, as fewer people leads to fewer businesses and jobs, and gives people more cause to leave. In the midst of that, banks have pulled back as well.

Added up across the country, Powell said, it becomes a broader risk to growth if aspiring entrepreneurs in small towns can’t get the credit or counsel they need to build sustainable businesses.

The event was held at Mississippi Valley State University, outside this rural town of around 2,000 residents, amid rain-flooded fields and catfish farms. Near the birthplace of blues legend B.B. King, Itta Bena’s main street today is largely shuttered.

Powell is the second ranking Fed official to visit here in recent years. He did not come armed with any striking new policy ideas, beyond sound monetary policy, good bank supervision, and modest changes to the Community Reinvestment Act.

But his presence is part of a growing focus at the Fed around community development and related research indicating that widening economic gaps between successful and less-successful communities could impair the country’s overall performance.

Researchers have connected a drop in economic mobility in the United States to factors related to “place” – the notion that where individuals are born, by shaping school, early work opportunities, and health, for example, is coming to have a disproportionate influence on their economic success.

Others at think tanks like the Brookings Institution and the Economic Innovation Group have found that the benefits of the recovery have been concentrated in high-performing urban areas and already prospering zip codes.

In a study last fall, for example, the EIG looked at federal data and found a handful of places like Los Angeles, Miami and Houston accounted for all the net growth in new businesses since the recession.

“We have an economy now that rewards agglomeration, knowledge spillovers, and density. You either have those and are growing and prosperous or not,” said EIG president John Lettieri. “You have a narrow set of places propping up the national economy.”

It’s an issue the registers deeply in the Mississippi Delta, a region that’s perennially the poorest in a state that often ranks at the bottom of national economic indicators. The median family income in Leflore County, at around $23,600, is the 23rd lowest in the nation and less than a fourth of what it is in Powell’s childhood and current hometown of Montgomery County, Maryland.

If some parts of the south have emerged from the crisis with a new vibrancy, often driven by courting overseas capital and new industries, success here is being measured in smaller doses – in the fight to get a convenience store to stock fresh produce, for example, to make up for the lack of a proper grocery.

One partnership funded by Goldman Sachs through a local credit union and development corporation is rehabbing a small neighborhood which a private developer had left in disrepair, with open sewage in the streets and regular electrical fires.

It’s a recognition that a first hurdle in improving the economy in places like LeFlore County may be fixing some of the problems that caused the population to fall more than 10 percent over the last decade or so, said Bill Bynum, chief executive of the Hope Credit Union Enterprise Corp., which is overseeing the redevelopment of the small Eastmoor community.

“It is devastating on small towns if you see grocery stores close,” said Bynum, whose organization has put full service branches in towns that had been limited to ATMS and check cashing services. “People are concerned what the future is going to be like for their children. Are they going to be able to survive in places like Itta Bena and Moorhead?”

Those concerns are heard along the boarded-up Main Streets of many small towns in the south, the region where most of the counties that suffer long-term persistent poverty are located.

But it isn’t unique to the region. Small towns in upstate New York or central Ohio are under similar pressure; in rural Minnesota, as heavily white as the Mississippi Delta is heavily black, small downtowns have also been abandoned, and local anxiety stoked by issues like a hospital’s decision to relocate a county away. 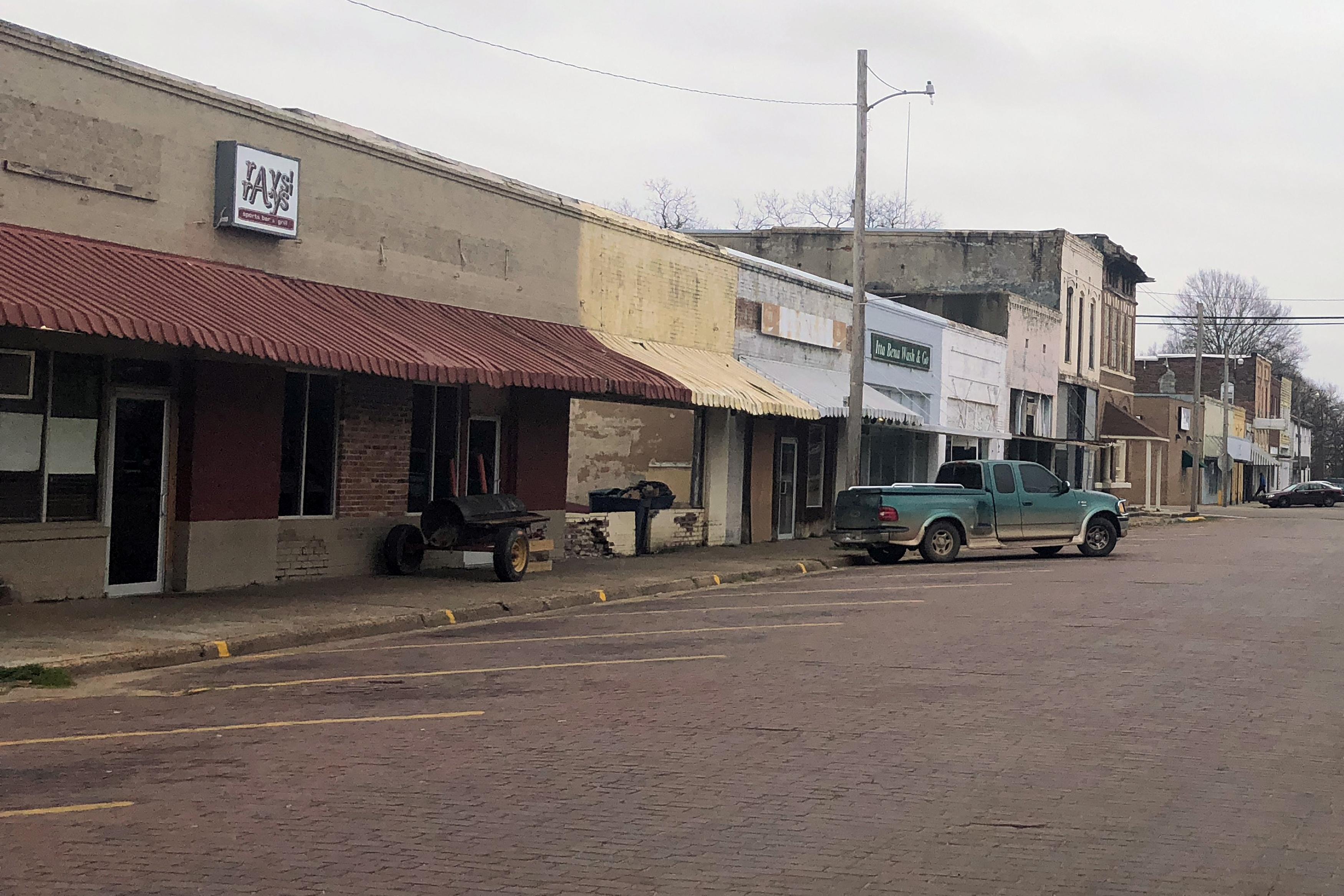 “There has been more of a recognition that what happens in low-income communities bubbles up,” said Daniel Davis, assistant vice president and community affairs officer at the St. Louis Federal Reserve bank. The average family in the this part of Mississippi, for example, is spending 40 percent of its household budget on housing, well above the national average, and “it makes it harder to save, for the future, for college, to make the decisions that households with more ‘padding’ can make.”

The ability of monetary policy to affect local outcomes is limited, since the Fed’s main influence on the economy is through national financial markets. Some argue that the Fed’s two years of hiking interest rates may make progress harder.

But with the current trend of concentrated growth and job gains likely to get even stronger as a next wave of technology arrives, the central bank and others feel it is something they need to understand, for the future of communities like Leflore County, and for the nation as a whole.

These Herders Lived in Peaceful Isolation. Now, War Has Found Them.