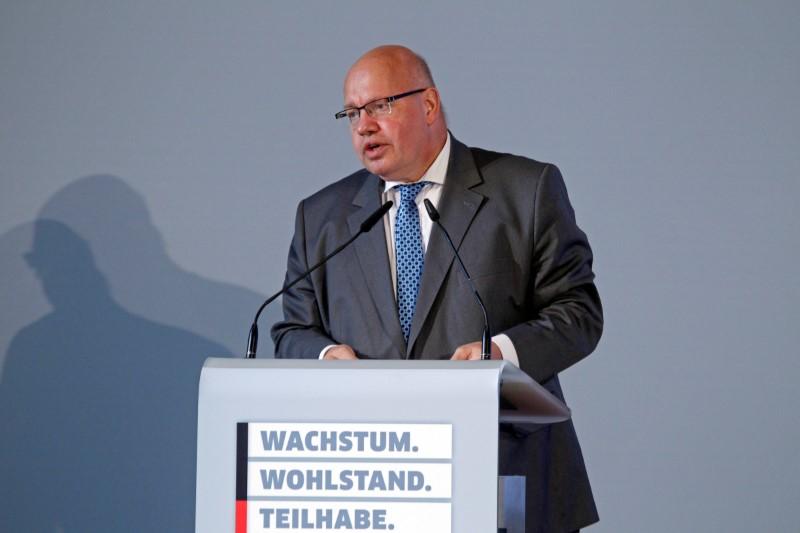 FRANKFURT (Reuters) – Germany’s Ministry of Economics has proposed a 5 billion euro ($5.6 billion) buyer bonus scheme as part of an impending stimulus package in an effort to boost car sales, two people close to the matter said on Sunday.

Global car sales have slumped as production lines and showrooms shut in response to the coronavirus pandemic and a business sentiment survey by the Ifo institute this month showed the German auto sector at its lowest ebb since 1991.

The heads of the co-governing Social Democrats (SPD) and Angela Merkel’s Christian Democrats (CDU) are expected to present the overall stimulus package on Tuesday, which could total up to 80 billion euros, according to one media report.

The economy ministry’s proposal is for purchase premiums to be paid to buyers of electric vehicles and conventionally powered cars worth less than 77,350 euros each, with the scheme expiring at the end of the year, the sources said.

The plans foresee a basic premium of 2,500 euros per car, which would be topped up by 500 euros for fuel-efficient vehicles. Existing incentive programs would be increased by 1,500 euros for electric cars and 750 euros for hybrids.

A slew of policymakers and industry groups have spoken out against premiums for car purchases, arguing that the stimulus program should adhere to climate change policies and not favor a single industry.