BERLIN (Reuters) – German manufacturers have recorded the most precipitous drop in business expectations in the 70-year history of industrial surveys, preliminary figures showed on Thursday, with overall morale cratering to the level of the 2009 recession. 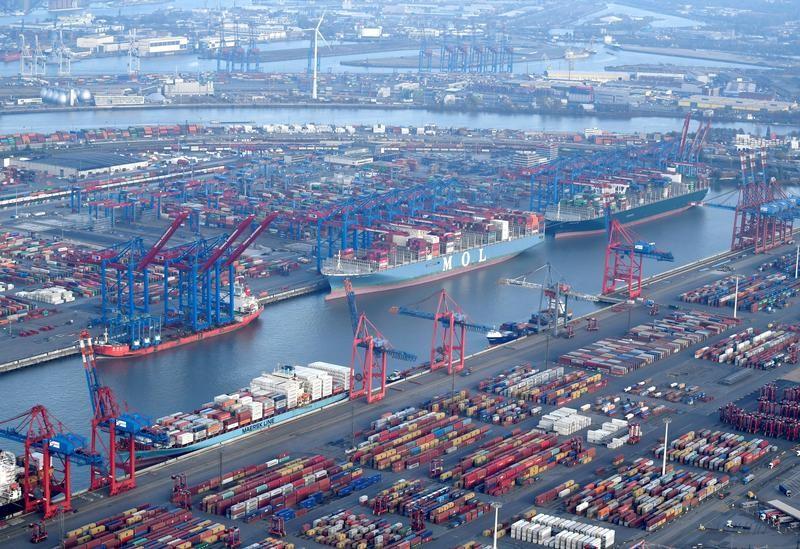 “The German economy is speeding into recession,” said Clemens Fuest, President of the Ifo institute, which published preliminary results of its monthly survey for March.

Its overall business climate index for Europe’s biggest economy slumped to 87.7 from 96.0 in February.

“This marks the biggest drop since 1991 and brings the index to its lowest level since August 2009,” Fuest said.

Referring to the plunge in manufacturing business morale, he said: “Never in the history of a reunified Germany has it fallen so far. The drop in expectations is the single most precipitous in 70 years of industry surveys,” Ifo said.

Many German car makers and suppliers, including Volkswagen (VOWG_p.DE) and BMW (BMWG.DE), have announced factory closures due to the rapid spread of the coronavirus and supply chain problems.

Ifo said it was difficult to predict the future development of the economy. In an optimistic scenario, the economy would shrink by 1.5% this year based on the assumption that industry could pick up production quickly once the virus was contained.

“In a second scenario, which includes bigger production restrictions, economic output will shrink by 6%,” Fuest said.

The preliminary Ifo figures are based on roughly 90% of the usual number of responses. The institute will publish the final figures on March 25. The survey was conducted from March 2-18.

Separately, the DIW institute said on Thursday that the coronavirus outbreak would massively impact the German economy at least in the next two quarters and that it expected gross domestic product to shrink by 0.1% this year.

The forecast is based on an optimistic V-shaped scenario in which a sharp drop of business activity would be followed by a quick rebound later this year, the institute added. The recession could turn out to be much more severe if the uncertainty among companies and consumers should persist.

Both Ifo and DIW called on the government to counter the impact of the coronavirus crisis with a big fiscal splurge, adding that Berlin should consider measures to also help small businesses and the self-employed.

A government source said on Thursday that Germany was planning a 40-billion-euro ($43.27 billion) package to help small businesses and the self-employed threatened with bankruptcy by the coronavirus crisis.

Ministers had not yet signed off on the rescue package which could yet exceed the 40-billion-euro mark, the source said.

Der Spiegel magazine reported that the “Solidarity Fund” represented a definitive break from Germany’s long-standing no-new-debts policy, since it would be structured as a government-backed vehicle with the power to borrow at the very low rates available to the German government.