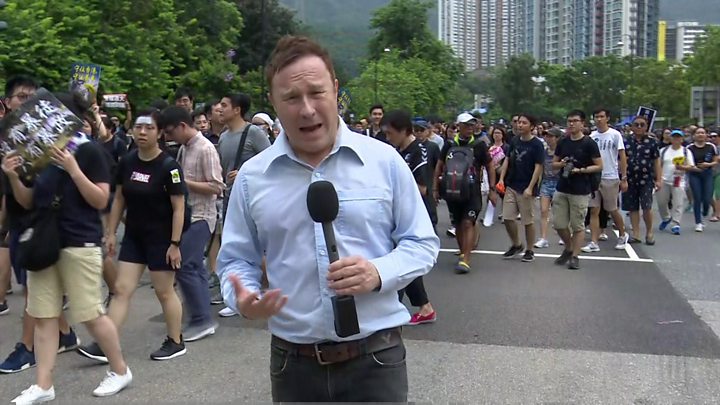 Fresh rallies are taking place in Hong Kong as weeks of anti-government unrest show no sign of dying down.

Thousands took to the streets in the city of Sha Tin, with some protesters waving British and American flags.

The protests were sparked by a proposed extradition bill which would allow people to be sent to China for trial.

But they have morphed into something broader, reflecting demands for democratic reform and concerns that Hong Kong’s freedom is on the wane.

Hong Kong, a former British colony, is part of China but run under a “one country, two systems” arrangement that guarantees it a level of autonomy. It has its own judiciary, and a separate legal system, compared to mainland China.

Some of those in Sha Tin repeated calls for Hong Kong’s leader Carrie Lam to stand down while others carried banners demanding independence for the region.

“I’m not tired of the protests yet, we need to fight for our rights,” one 25-year-old protester told the South China Morning Post.

Another rally saw journalists march against what they say is the police mistreatment of reporters.

It follows a march on Saturday against Hong Kong goods being smuggled into mainland China.

Demonstrators turned out in Sheung Shui, a town near the border with China popular with mainland tourists.

Traders use Sheung Shui to buy goods and sell them at inflated prices over the border, but locals have complained the influx of visitors has driven up prices, put pressure on services and changed the character of the area.

The protests on Saturday were mostly peaceful, but police later charged protesters with batons, shields and pepper spray and were met with metal poles and other projectiles.

What do the protesters want?

Critics of the extradition bill said it would undermine Hong Kong’s judicial independence and could be used to target those who speak out against the Chinese government.

After huge protests, Carrie Lam said the bill was “dead” but stopped short of formally withdrawing it.

This was not enough for protesters, who have vowed to keep up the pressure on the government and revived other demands, such as for universal suffrage. 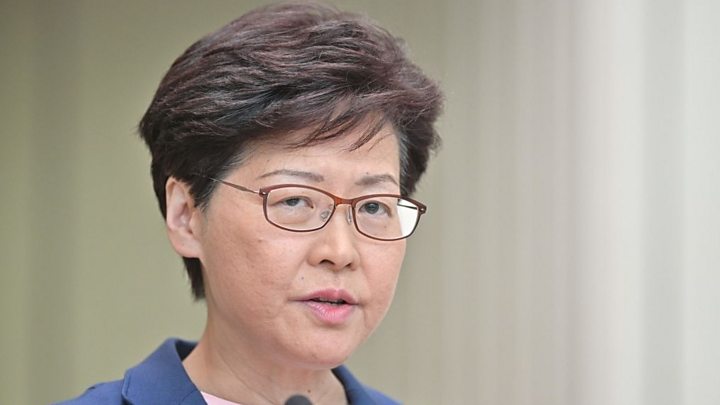 The BBC’s China correspondent Stephen McDonell says that given that Beijing is likely to oppose genuine elections it is difficult to see an end to the crisis.