Vicky Bowman is among several foreigners who have been arrested in the Southeast Asian nation after the military seized power in a coup last year. 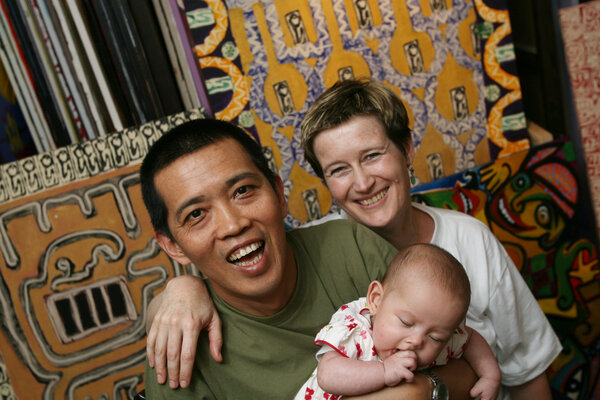 Myanmar’s military regime has arrested a former British ambassador and her Burmese husband, charging them both with violating immigration law, according to two people with knowledge of their situation.

The former ambassador, Vicky Bowman, 56, and her husband, the artist Ko Htein Lin, 55, were arrested on Wednesday evening at their house in Yangon, Myanmar’s largest city, and taken to the notorious Insein Prison, said the two people, who spoke on the condition of anonymity for fear of being arrested. They face up to five years in prison.

Ms. Bowman, who was ambassador to Myanmar from 2002 to 2006, now heads the Myanmar Center for Responsible Business, an organization she founded in 2013 aimed at encouraging companies to adhere to international human rights standards.

Mr. Htein Lin is a well-known artist who was held as a political prisoner for more than six years under an earlier military regime. By the time he was released in 2004, he had smuggled out 300 paintings and sculptures that he had produced while in prison. The couple, who met while she was ambassador, left Myanmar in 2006 but returned a decade ago. They have a 14-year-old daughter.

Britain’s foreign office released a statement saying only, “We are concerned by the arrest of a British woman in Myanmar. We are in contact with the local authorities and are providing consular assistance.”

Ms. Aung San Suu Kyi is a polarizing figure. The daughter of a hero of Myanmar’s independence, Ms. Aung San Suu Kyi remains very popular at home. Internationally, her reputation has been tarnished by her recent cooperation with the same military generals who ousted her.

The coup ended a short span of quasi-democracy. In 2011, the Tatmadaw implemented parliamentary elections and other reforms. Ms. Aung San Suu Kyi came to power as state counselor in 2016, becoming the country’s de facto head of government.

The coup was preceded by a contested election. In November 2020, Ms. Aung San Suu Kyi’s party won 83 percent of the body’s available seats. The military, whose proxy party suffered a crushing defeat, refused to accept the results of the vote.

The regime is cracking down on dissent. A rights organization that monitors detentions in Myanmar said in March that the military junta  is  detaining 10,000 political prisoners. In July, the regime said it had executed four pro-democracy activists, the country’s first executions in more than 30 years.

The junta released a statement Thursday evening saying that the couple had violated the law by registering one address as their residence but living somewhere else.

The statement said of Ms. Bowman: “It was verified that she committed a crime under Section 13 (1) of the Immigration Act by failing to apply for a change of address on the foreigner registration certificate when moving house. U Htin Lin was found to have committed a violation of Section 13 (5) of the Myanmar Immigration Law because he knew and encouraged his wife to move to his home address, contrary to the existing law.”

A hearing has been set for Sept. 6.

The Myanmar military seized power in a coup last year and has since staged a bloody crackdown on the population, shooting civilians, burning villages, raping women and bombing jungle encampments. More than 15,200 people have been arrested, including more than 12,100 who remain in prison.

Among those arrested have been a handful of foreigners, including an American journalist, Danny Fenster, who was released in November after serving nearly six months in prison. Sean Turnell, an Australian economic adviser to the state counselor, Daw Aung San Suu Kyi, is being tried alongside her on charges of violating the official secrets act.

The United States and Britain have imposed economic sanctions on the regime, but some nations have continued providing support, particularly Russia, a major supplier of arms that also has begun selling gasoline and diesel fuel to the junta.