BEIRUT (Reuters) – Former Nissan chairman Carlos Ghosn, speaking in Beirut after his dramatic escape from Japanese justice, said on Tuesday that the French ambassador had warned him shortly after his arrest that his own company was plotting against him. 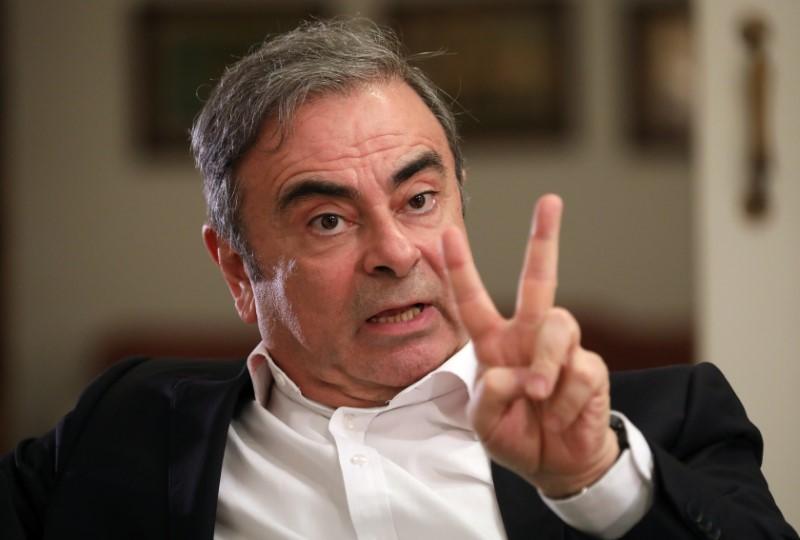 “Frankly, I was shocked by the arrest and the first thing I asked is make sure Nissan knows so they can send me a lawyer,” Ghosn told Reuters in an interview in Beirut.

“And the second day, 24 hours from this, I received a visit from the French ambassador who told me: ‘Nissan is turning against you’. And this is where I realized that the whole thing was a plot.”

Former Nissan CEO Hiroto Saikawa, who was forced to resign last year after admitting that he had received improper compensation, told a news conference shortly after Ghosn’s arrest that Ghosn had been using corporate money for personal purposes and under-reporting his income for years.

The arrest of Ghosn, widely respected for rescuing the carmaker from near-bankruptcy, has put Japan’s criminal justice system under international scrutiny.

Among the practices now under the spotlight are keeping suspects in detention for long periods and excluding defense lawyers from interrogations, which can last eight hours a day.

“When he told me that ‘two hours or three hours later, after your arrest, Saikawa went in a press conference and made his infamous statement where he said, you know, ‘I am horrified, but what I’m learning…’’ – so when he told me he made these statements, I said ‘Oh my God this is a plot’.”

Ghosn, 65, fled Japan last month while awaiting trial on charges of under-reporting earnings, breach of trust and misappropriation of company funds, all of which he denies.

The one-time titan of the car industry said the alternative to fleeing would have been to spend the rest of his life languishing in Japan without a fair trial. Ghosn said he had escaped to his childhood home of Lebanon in order to clear his name. He noted that there were conflicting stories about his astonishing escape, but declined to say how he had managed to flee.

Tokyo prosecutors said his allegations of a conspiracy were false and that he had failed to justify his acts. The 14-month saga has shaken the global auto industry and jeopardized the Renault-Nissan alliance, of which Ghosn was the mastermind.

Japan’s Ministry of Justice has said it will try to find a way to bring Ghosn back from Lebanon, even the countries have no extradition treaty.

Ghosn said the Japanese authorities were intent on preventing him from having a just trial.