(Reuters) – Mixed earnings reports kept a lid on European stocks, with London’s midcap index suffering from doubts over whether British lawmakers will back the government’s Brexit bill on Tuesday. 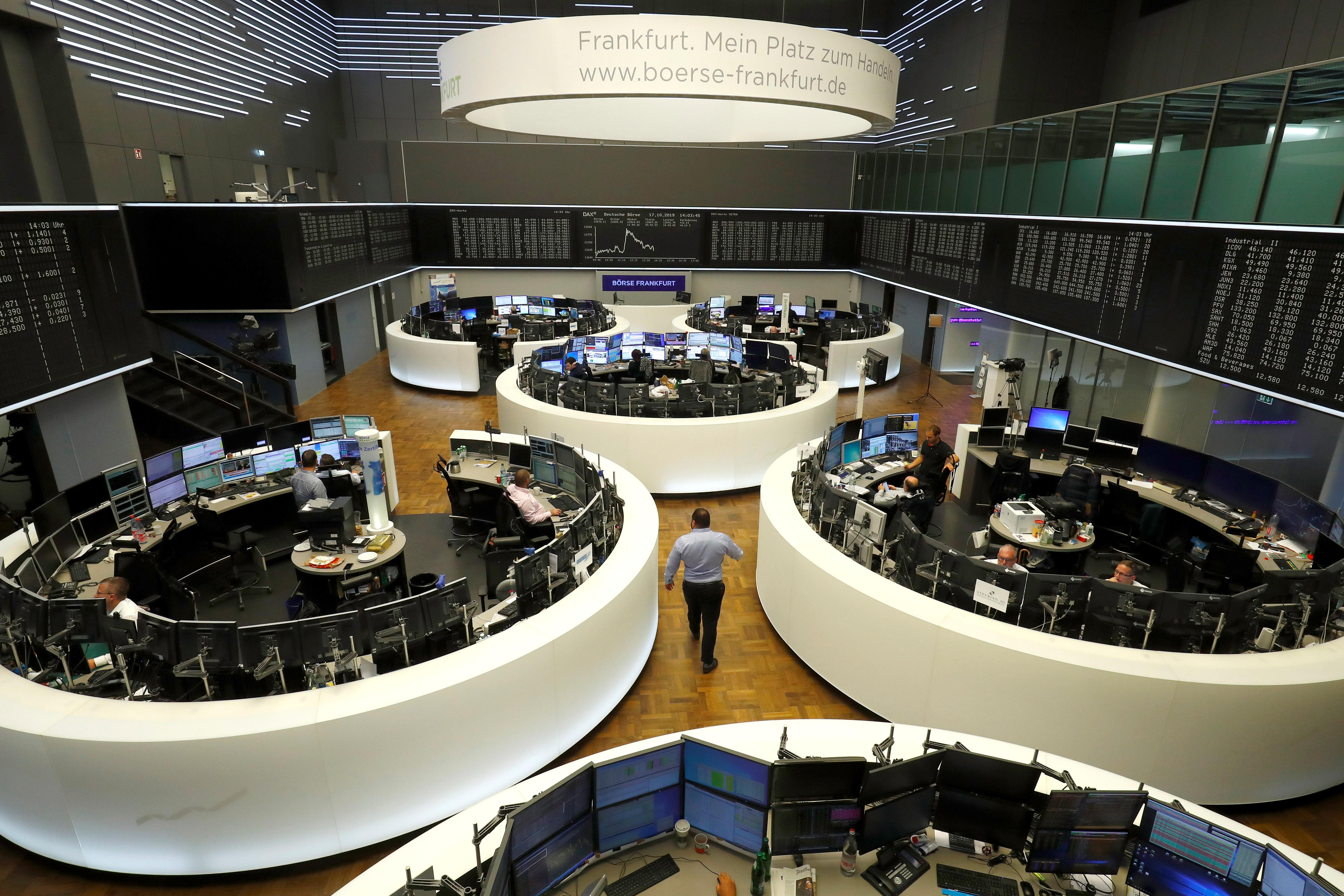 The pan-European STOXX 600 finished up just 0.1%, with a weaker pound helping London’s exporter-laden FTSE 100 .FTSE outperform with a 0.7% gain. Others including Germany’s DAX .GDAXI and France’s CAC 40 .FCHI were marginally higher.

But British household goods maker Reckitt Benckiser (RB.L) hit its lowest level in more than seven months after cutting its full-year sales forecast for a second time this year.

“We expect it to be a weak quarter and have already priced that in because we are seeing a slowdown in the macro outlook,” said Aneeka Gupta, associate director of research at WisdomTree.

Johnson told the parliament on Tuesday that if it delayed his Brexit legislation he would abandon his attempt to ratify the deal and push for an election instead.

Lawmakers vote at around 1800 GMT on the 115-page Withdrawal Agreement Bill and then vote on the government’s extremely tight timetable for approving the legislation.

Banking stocks were flat on the day, after Swiss bank UBS (UBSG.S) reported a 16% slide in third-quarter net profit and cut high-paying investment banking staff after a disappointing performance at the division.

Automakers gained 0.8%, led by gains in Continental (CONG.DE) after the German engineering group booked 2.5 billion euros ($2.8 billion) in impairments, citing slower automobile production growth, and said it will spin off its powertrain division rather than float it.