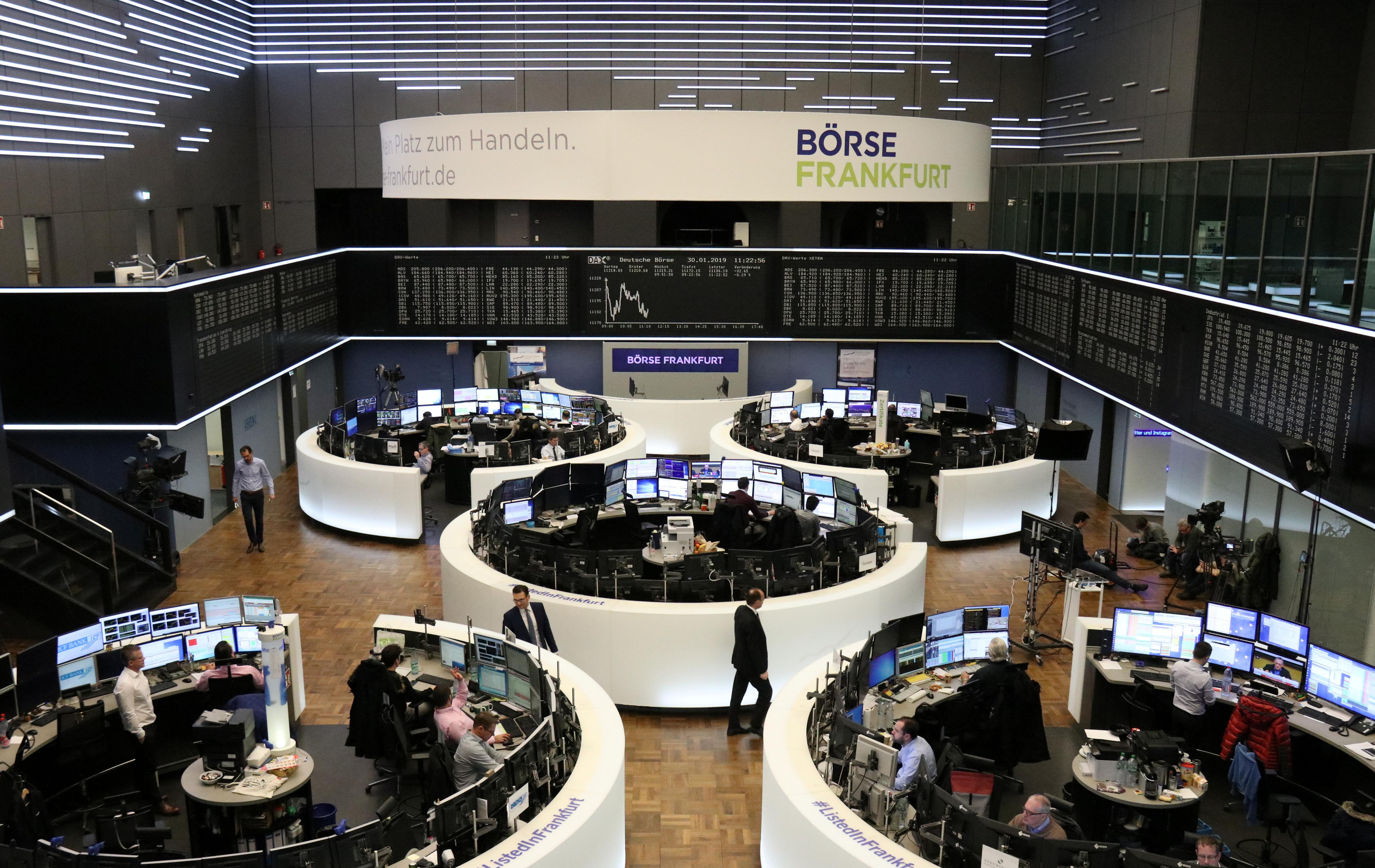 The pan-region STOXX 600 index fell 0.4 percent as indexes slipped across the region, led by bourses in Paris and London.

The moves were reminiscent of late last week, when investors ditched equities to run to the safety of bonds after weak European and U.S. data on Friday stoked global growth fears.

Acknowledging the growth worries, ECB President Mario Draghi said on Wednesday the European Central Bank could further delay a planned increase in interest rates if it needs to, and may look at measures to mitigate the effects of negative interest rates.

Draghi’s comments had propped up banking stocks in the region but a more than 7 percent fall in Swedbank limited gains. The Swedish Economic Crime Authority said it was searching the bank’s head office as part of a probe into whether insider trading regulations were breached.

Defensives such as utilities, real estate and healthcare stocks slipped the most on the STOXX.

Merck KGaA was down 0.7 percent after the German pharma group launched a hostile $5.9 billion all-cash takeover offer for Versum Materials to boost its presence in the semiconductor materials market.

The auto sector was the only major bright spot on the STOXX after five-straight sessions of losses, with Fiat Chrysler leading gains after a Financial Times report indicated that French carmaker Renault was considering a bid for the company.

Daimler AG’s rose 1 percent after it said it was nearing the sale of a 50 percent stake in its small-car brand Smart to China’s Geely Automobile Holdings Ltd.

London’s FTSE 100 fell 0.5 percent ahead of a closely watched vote by British lawmakers at 1900 GMT on a range of options on how to overcome the political impasse over Brexit.

“The Brexit vote taking place today is not legally binding so its just a political measure of fleshing out or mapping out of what British lawmakers or MPs would like to see in their version of the deal,” said David Madden, an analyst at CMC Markets.

British Prime Minister Theresa May is expected to indicate a date for quitting as the price for getting her twice-defeated Brexit deal ratified.

As the United Kingdom’s three-year Brexit crisis spins towards its finale, it is still uncertain how, when or even if it will leave the European Union.