(Reuters) – European shares joined a global rally on Tuesday as the prospect of historic monetary and fiscal stimulus revived hopes of an economic rebound from the COVID-19 pandemic. 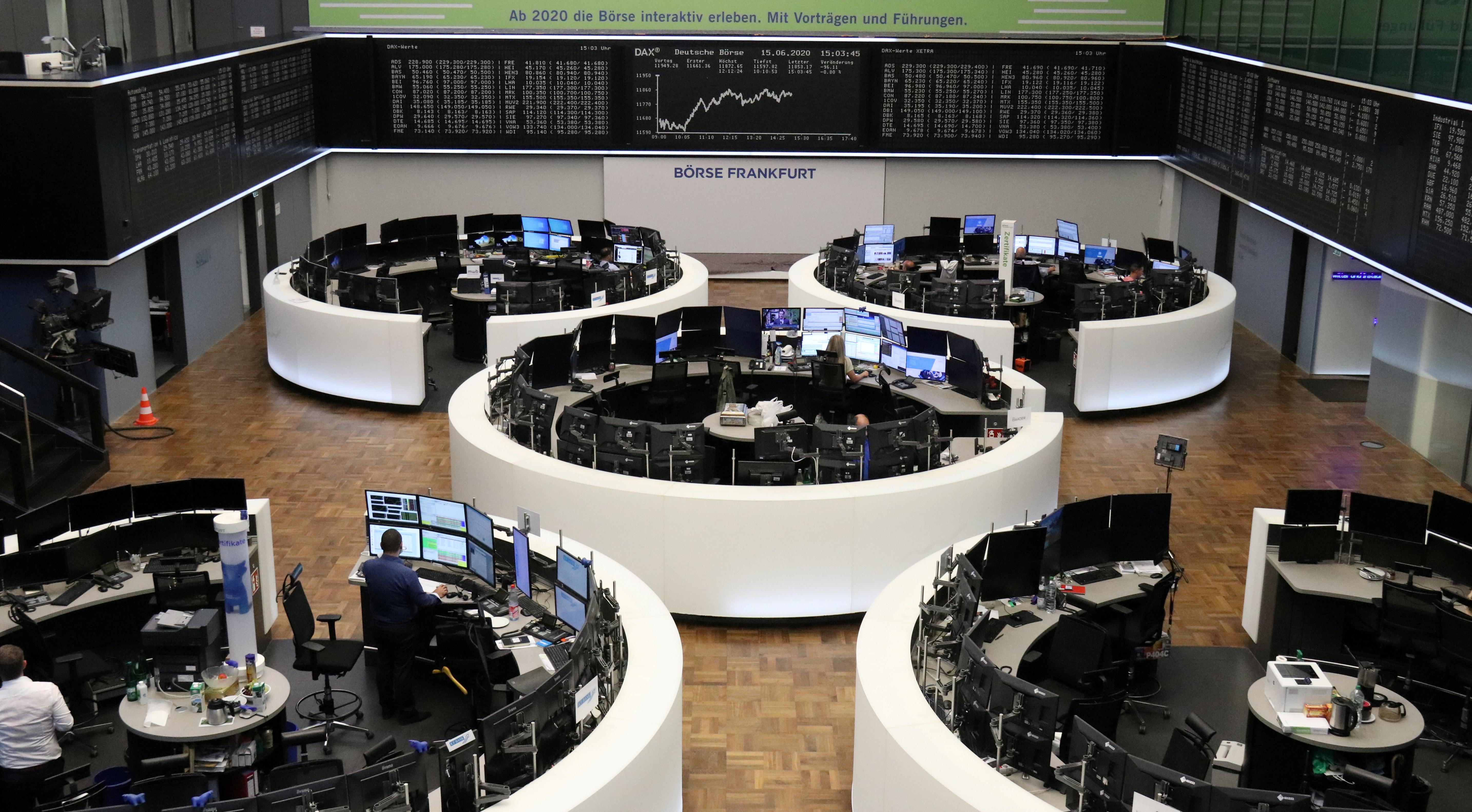 The pan-European STOXX 600 index rose 2.7%, recovering some of the losses of recent sessions when grim economic forecasts and a resurgence in infections in the United States and China dampened risk appetite.

“There is still this buy-the-dip mentality,” said Andrea Cicione, head of strategy at TS Lombard in London.

“So whenever there is a dip, people are in that mode of ‘the Federal Reserve’s got our back’ and any opportunity to add risk at a slightly cheaper price is seen as an excuse (to buy into equities).”

Aggressive global stimulus has partly powered a rebound in European equity markets since a coronavirus-fuelled crash in March, with the pan-European STOXX 600 index now only about 17% below its February record high.

The U.S. Federal Reserve is set to start purchasing corporate bonds on Tuesday through the secondary market corporate credit facility, one of several emergency facilities to shore up liquidity.

“Investors (are) optimistic that governments and central banks still have a few tricks up their sleeve to provide further support to the markets,” said Russ Mould, investment director at AJ Bell.

Europe’s volatility index .V2TX retreated for a second straight day and was on track for its biggest daily percentage fall in a month.

Travel and leisure stocks rose 3.9%, led by a 5.9% jump in Cineworld (CINE.L) after the British cinema operator said it expected all of its theatres to reopen by July.

Airline operator Lufthansa (LHAG.DE) was 5.2% higher after saying late on Monday it was seeking agreements with worker representatives by June 22 on how to make cuts equivalent to 22,000 full-time positions.

Equipment rental giant Ashtead Group (AHT.L) soared 19% to a record high after proposing a dividend at a time when most firms have scrapped payouts to shore up cash reserves to ride out the economic slump.