NEW YORK (Reuters) – The U.S. dollar rose against the safe-haven Japanese yen and Swiss franc on Friday as stocks on Wall Street bounced from their worst one-day performance in three months, while the euro edged lower against the greenback, erasing early gains. 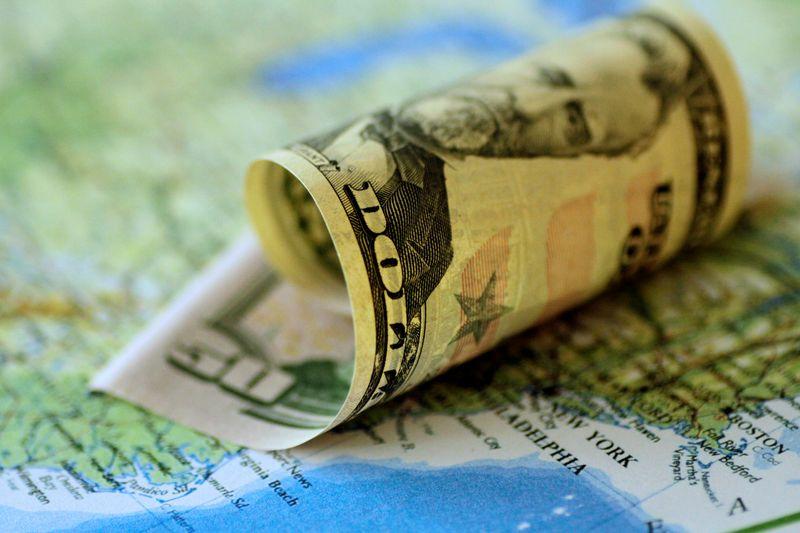 The yen was weaker against the dollar for the first time in five sessions, while the Swiss franc declined as Wall Street rallied to claw back some of the sharp losses suffered in the prior session.

“What we have to take into consideration is what was the big move yesterday – you did see the flight to safety and when that happens, it is all about the Japanese yen and the Swiss franc and today they are giving back their gains,” said Edward Moya, senior market analyst at OANDA in New York.

“We love to talk about the dollar, but right now it’s all about the yen and franc giving back their gains as Wall Street rebounds following that big sell-off.”

Hopes of a post-COVID global recovery, the easing of U.S.-China trade tensions and the prospect of capped long-term yields in the United States had weighed on the U.S. dollar, pushing it lower against most major currencies, before it strengthened.

Investors were also bracing for a number of key events in the next few days, including discussions on the European Union recovery fund, Brexit negotiations, Bank of England and Swedish National Bank meetings and Federal Reserve Chair Jerome Powell’s semi-annual testimony to the Senate banking committee.

The British pound weakened on data showing Britain’s economy shrank by a record 20.4% in April from March as the country spent the month in a tight coronavirus lockdown. Investors saw the number as likely the bottom of the crash before what is expected to be a long and slow recovery.