Dollar loses out, yuan soars amid doubts about U.S. economy

TOKYO (Reuters) – The dollar was on the defensive against most currencies on Friday after a rise in U.S. jobless claims and a dip in Treasury yields dampened the appeal of holding the greenback. 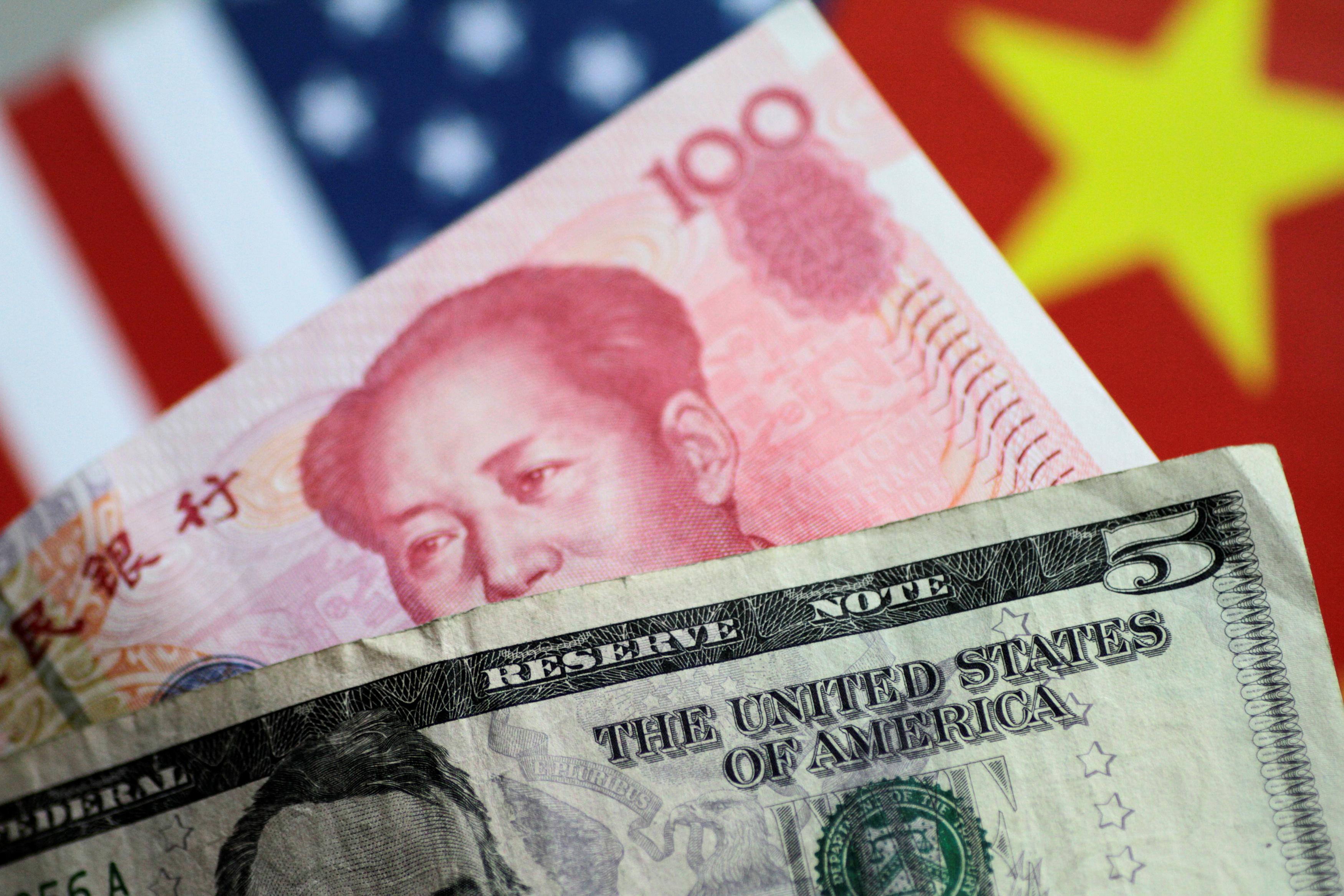 The yuan jumped to a seven-month high against the dollar, showing that even U.S.-Sino diplomatic tension was not enough to deter traders who are bullish on China’s economic outlook.

The euro, which has been the biggest beneficiary of a recent decline in the dollar, will come into focus later on Friday as traders brace for euro zone manufacturing data.

A larger-than-expected rise in weekly U.S. jobless claims came just one day after Fed officials warned that a recovery in hiring is starting to slow, raising doubts about how quickly the world’s largest economy will bounce back from the coronavirus.

Concern about the U.S. economy, combined with an excess supply of dollars already in circulation due to the Fed’s massive quantitative easing, are likely to weigh on the U.S. currency in coming weeks, analysts say.

“Sentiment for the dollar is weak, reflecting all the QE and the decline in real U.S. yields,” said Tsutomu Soma, a credit trader at Monex Securities.

“On the flip side, the euro is strong because Europe has already put a firm backstop in place to support economic growth, which has boosted confidence in the euro and euro-zone bonds.”

The dollar stood at $1.1867 per euro EUR=D3 on Friday in Asia following a 0.2% decline in the previous session.

The dollar also nursed losses against the safe harbour Swiss franc CHF=D3, last trading at 0.9074 in Asia on Friday.

China’s currency has recovered all of its losses since the central Chinese city of Wuhan, where the coronavirus first broke out, was first put on lockdown.

The number of Americans filing new claims for unemployment benefits unexpectedly rose back above the 1 million mark last week, data showed on Thursday in a setback for a U.S. job market that has been crippled by the coronavirus pandemic.

A slight decline in Treasury yields US10YT=RR was another factor working against the greenback.

The dollar index =USD against a basket of six currencies was on course for its ninth consecutive weekly decline.

Sentiment for the dollar and risk assets like equities had already taken a hit after dovish minutes from the Fed’s most recent meeting, which were released on Wednesday.

Traders in the euro are looking ahead to the release later Friday of manufacturing data for the euro zone and for Germany, Europe’s largest economy.

The growing consensus is the euro will continue to edge higher because European governments have taken decisive action on stimulus measures to support growth.

In comparison, U.S. Republicans and Democrats are still at loggerheads over additional economic stimulus, which analysts said is another reason to favour the euro over the dollar.